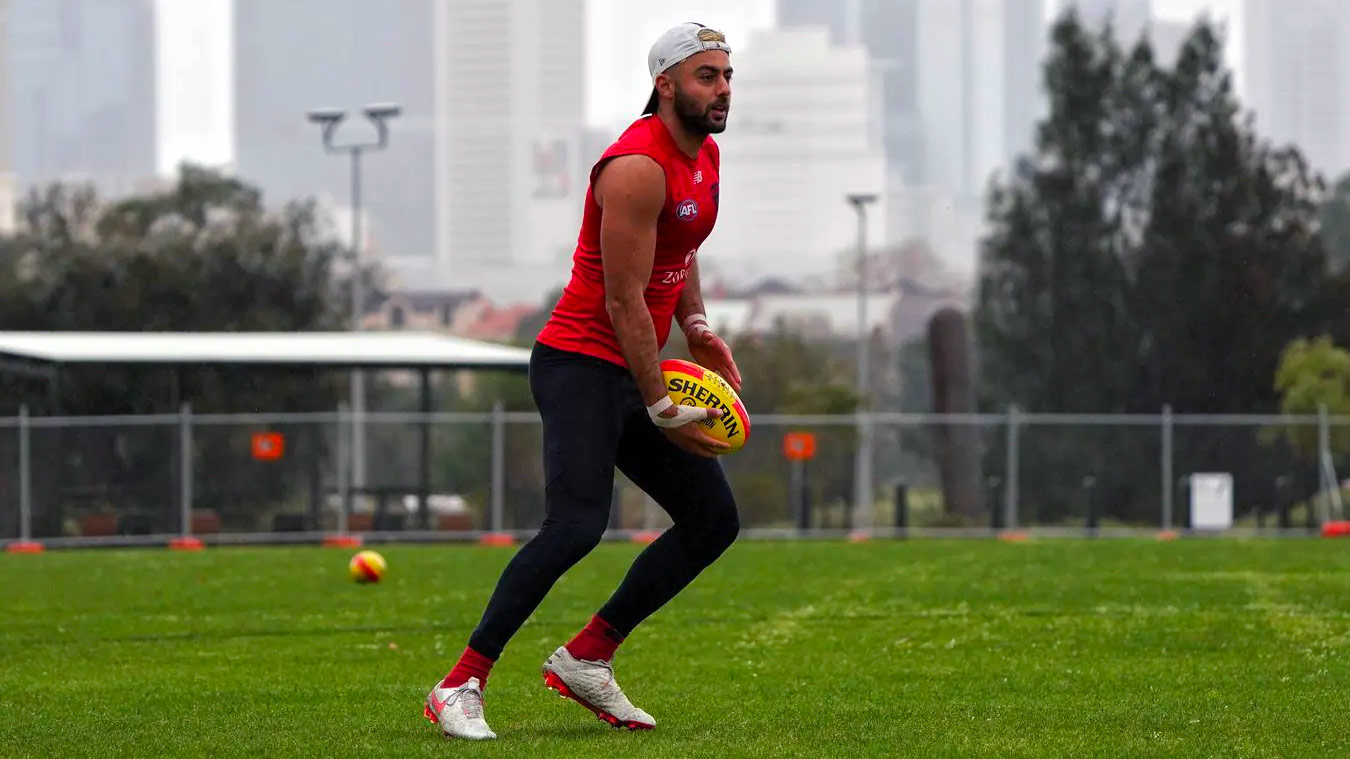 While the VAFA season was cut short due to Covid, there are still Hampton Rovers players to keep an eye on this weekend, with four to feature across the two preliminary finals.

The Rovers have eight players on AFL lists during the 2021 season which is an incredible feat for a community football club. The four who feature this weekend played a combined 293 games in the green & gold – the bulk of them in the juniors, and six VAFA games prior to being drafted.

While the Rovers have had a raft of players running around in the competition over the past decade or so, this year has seen them step it up a gear and hit the headlines through impressive performances – from selections in the All Australian squad to a rising star nomination, and now making an impact deep into the finals series.

Firstly, on Friday night at Perth’s Optus Stadium, Melbourne takes on Geelong to see who qualifies first for the 2021 AFL Grand Final, and two of Hampton Rovers’ three players on the Demons list are in the team.

Christian Salem has had an impressive season for the Dees, resulting in his selection in the 2021 All Australian squad of 40. A vital cog in Melbourne’s backline, the classy left footer has averaged 25 disposals per game and played all but one game. Christian played all his junior footy with the Rovers, racking up 70 games between 2004 and 2010, before he was drafted by Melbourne in 2013 at pick 9 and made his debut in round six in his first season.

Angus Brayshaw continues to play an important role in Melbourne’s side and hasn’t missed a game this year. The midfielder has averaged 18 disposals and has done well despite coming back from foot surgery following an injury last season. Picked at number 3 in the 2014 National Draft alongside Christian Petracca, ‘Gus also played all his junior footy for the Rovers, totalling 124 games between 2003 and 2011 and made his debut in 2015. He’s not the only Brayshaw in the AFL, with his younger brother Andrew a star at the Fremantle Dockers, while Hamish spent some time on West Coast’s list.

Miles Bergman was Port Adelaide’s first call at the 2019 National Draft, joining the Power with pick 14. He made his AFL debut in the opening round this year and has proved to be a reliable player in the side, averaging 14 disposals in his 22 games, also managing 7 goals. The running defender was rewarded for his consistency with a Rising Star nomination in round 21 after a career-high 23 disposals against the Crows. Miles is Rovers through and through, playing 92 games for the club from 2009 to 2018, and after a couple of seasons elsewhere, returned to Hampton to play four senior games and one in the U19s.

Karl Amon has been elite for Port Adelaide this year, coming off two impressive seasons after struggling to find his place in the team early in his career. Having played his junior years at East Sandy, Karl came across to the Rovers where he played seven games over two years, including a BOG performance for the seniors in 2012. He was drafted in 2013 at pick 68 and has this year played all 23 games, averaged 24 disposals and kicked 11 goals. His quality in Port’s midfield was rewarded with selection in the 2021 All Australian squad.

Both Melbourne and Port Adelaide go into this weekend’s preliminary finals as favourites and if they do advance, the Rovers could have as many as five players in the 2021 AFL Grand Final, as was the case earlier this year in round 17, with Jayden Hunt another player who played some football at the club, hoping to break his way back into the team.

The club wishes the boy’s all the very best this weekend! Go Rovers.