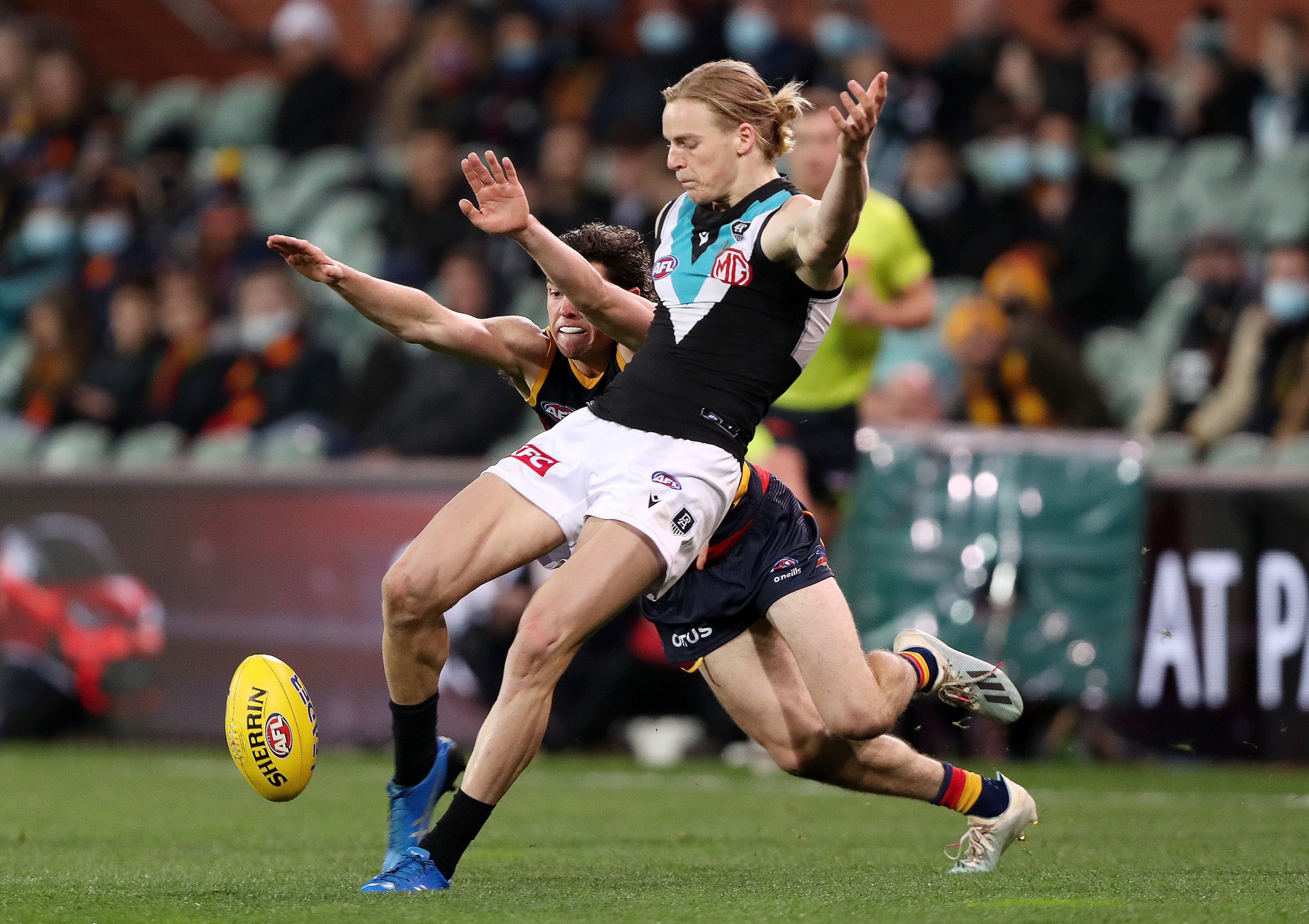 Port Adelaide’s second year running defender Miles Bergman has been awarded the Round 21 NAB AFL Rising Star nomination after a career-high 23 disposals and four tackles in the Power’s four-point win over Adelaide on Saturday night at the Adelaide Oval.

Bergman has been one of the most consistent young players in the game this season, playing 19 out of a possible 21 games averaging over 13 disposals, four marks and two tackles. Despite an interrupted start to his AFL career after injuring his ankle in the 2020 pre-season, Bergman was named as Port Adelaide emergency on several occasions in 2020 before being named for his AFL debut in Round One this year against North Melbourne.

Miles Bergman played his junior football with the Hampton Rovers Football Club, starting with the club in 2009, playing in the under 9’s as a seven-year-old with his brother, Blake. In all, he played 92 games for the club, including four senior VAFA games and one U19 game between his Sandringham Dragons commitments prior to being drafted.

He is one of eight former Hampton Rovers players currently on AFL lists in 2021. View them here >

Read more about his nomination on the Port Adelaide website here >

A NAB AFL Rising Star nominee is named following each round of football in the 2021 Toyota AFL Premiership season. NAB continues to support footballers by recognising the junior clubs that helped foster the early careers of the nominated players. The Hampton Rovers will receive a NAB Club Recognition Award valued at $2500, comprising financial and practical resources, as a result of Miles’ Round 21 nomination.

The club congratulates Miles on this great achievement!