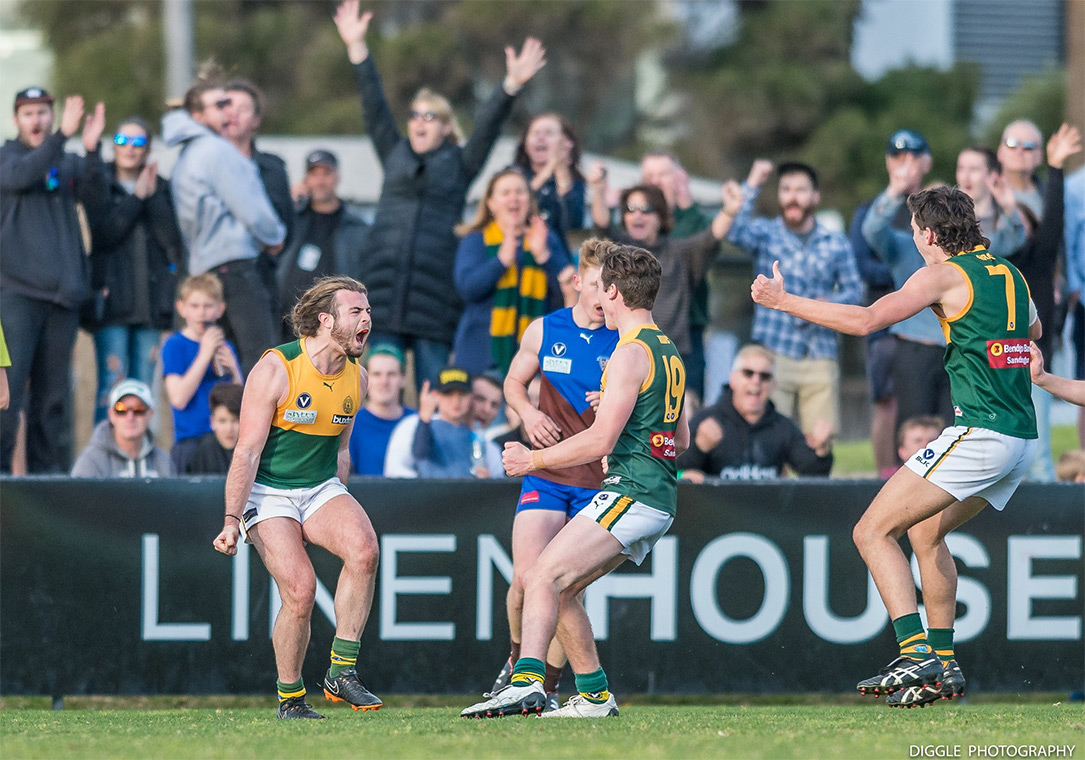 Hampton Rovers Football Club will participate in VAFA Premier C under the leadership of senior coach Anthony Quon in 2022. With a young and talented senior list, the club looks forward to a successful year on the field. The Club has outstanding facilities, strong football structure, robust management off the field, proud history and an enjoyable atmosphere. We welcome all new and existing players to be a part of the green & gold in 2022. #gorovers

Anthony Quon continues as senior coach of the Hampton Rovers in 2022 after coming on board mid-way though 2017. With a young and extremely talented senior playing list, he looks forward to continuing the development of players, leading to on-field success, and further enhancing an already strong off-field culture at the club. Peter O’Dea will continue as Assistant Coach bringing a wealth of experience – previously development coach at Sandringham FC in the VFL and more recently assistant to Mark ‘Choco’ Williams at Ajax. Alistair Harley takes over from Nathan Bonney in the role of Strength & Conditioning coach. Zac Pirrie continues as the Under 19s coach and Andrew McGregor continues as Thirds coach, with a Reserves coach to be appointed soon.

The Rovers have a young and extremely talented senior playing list, mixed with plenty of experience and players that display great leadership. In 2021, the club had around 190 registered players across our five senior teams. The club’s affiliation with the Sandringham Football Club has resulted in a number of Zebras players being listed with the Rovers and Hampton players gaining VFL experience. The club has had multiple players wear the ‘Big V’ in VAFA representatives matches in recent years including captain Christian Carnovale. The club has won a total of 28 Premierships, including nine Senior flags since joining the league in 1933.

Hampton Rovers will again participate in Premier C section of the Victorian Amateur Football Association (VAFA) in 2022. The VAFA is the largest football competition in Australia, boasting over 75 clubs across Melbourne, and is widely regarded as the premier local footy competition. The VAFA is a well controlled and clean competition featuring highly-skilled and competitive, yet well-spirited matches. The competition prides itself on being ‘leaders’ with many initiatives being adopted for the benefit of players and spectators. The Rovers will field five senior teams in 2022: Seniors, Reserves, Thirds, Under 19s and Senior Women’s.

The Rovers play at Boss James Reserve – one of the premier sporting venues in Bayside, boasting great facilities for both players and supporters. The playing arena, which was resurfaced in 2012, is 162 x 138 metres making it one of the largest in the competition. Facilities include a large social room & bar, spacious changerooms and gym. New ground lighting was installed in 2016 dramatically improving conditions for training and opening the possibility of night matches. The LED scoreboard was installed in 2017 and the club is having ongoing discussions with the Bayside Council to upgrade the pavilion in the very near future.

The club draws strong support from the local community and past players with big crowds at both home and away matches. The Hampton Rovers Football Club is a strong network of over 1,000 members and the club is taking steps to take advantage of this fact with the Rovers Network. The Rovers have strong management with a senior committee, junior committee and board of management overseeing the two sections of the club. The Roverians were introduced in 2012 to offer support especially to players of the club.

While success on the field is a priority at the Rovers, we’re pleased to have a great social environment with a number of big functions held throughout the year. The club hosts numerous functions both at our great facilities at Boss James Reserve as well as at external venues. Luncheon’s are held prior to all Senior home games, regularly attracting large attendances while big crowds stay back for a drink following matches. The club puts on meals at no cost for players at Thursday selection night with the fully-licensed bar open until late.