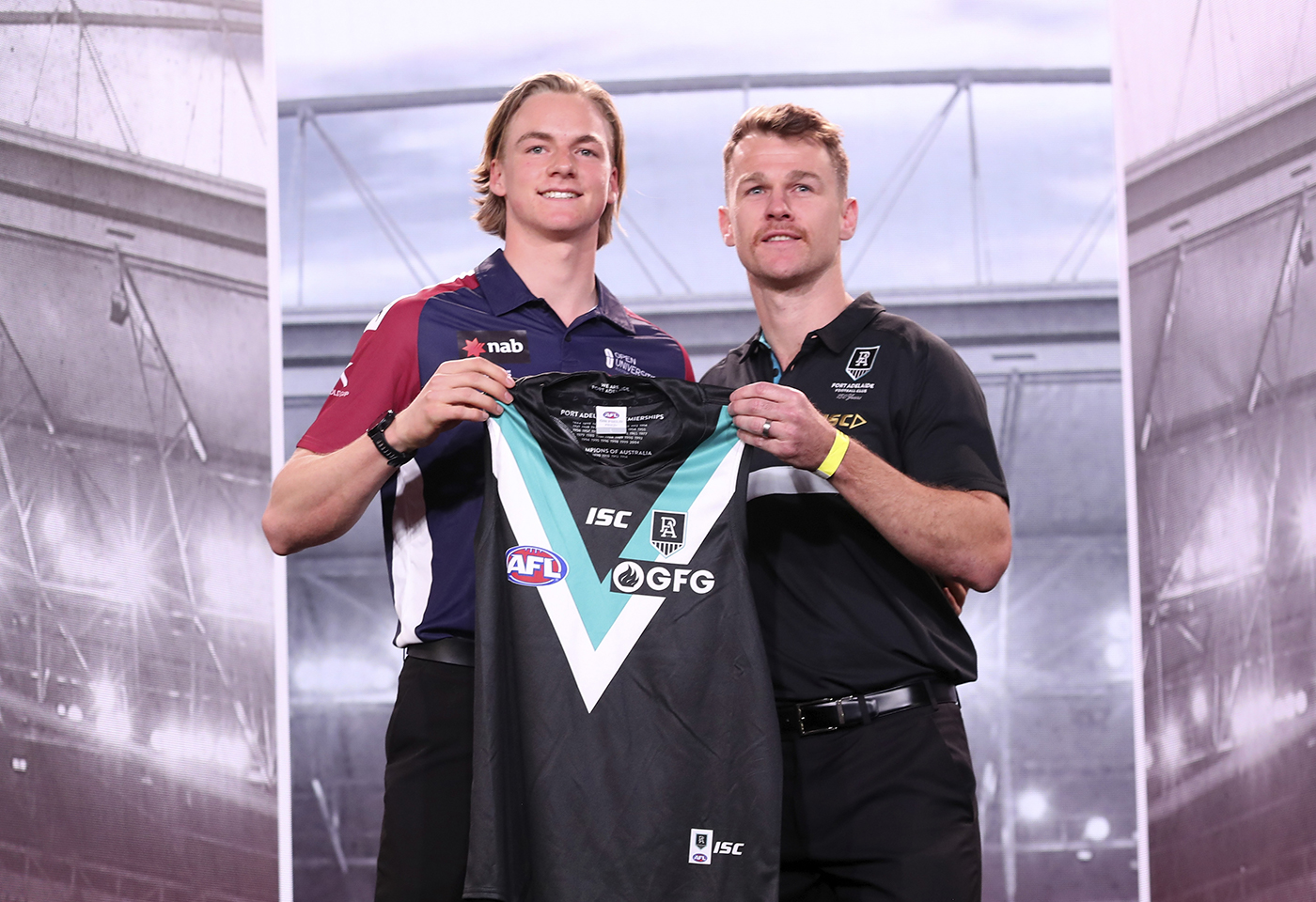 Hampton Rovers player Miles Bergman has been selected by Port Adelaide at pick 14 in the 2019 NAB AFL Draft at Marvel Stadium on Wednesday evening.

As predicted, the Power selected Bergman with their first pick in the Draft, with the club looking to add to its midfield depth.

Draft experts have described the 18-year-old’s athleticism, power, high marking and long kicking as his major strengths. They believe he has enormous upside, with all of the midfielder’s best traits desirable for clubs across the board.

He’ll join up with another Rovers player at the South Australian club, with Karl Amon recently signing a new three-year deal to extend his stay at Port.

Miles was joined by his family at Marvel Stadium, including brother and current Rovers senior player, Blake.

Miles Bergman started his football journey at the Hampton Rovers in 2009, playing up in the under 9’s as a seven-year-old with Blake. With the exception of two years in U13/U14s where he was at the Vampires, Miles played all his junior footy at the Rovers – 92 games in all. Last year, Miles played some senior football at the Rovers, managing four senior and one U19 game between his Sandringham Dragons commitments.

Player Bio: Medium midfielder/forward who is strong one-on-one both in the air and at ground level. He does not turn 18 until October, so has plenty of physical upside. Has natural speed and power and has been a consistent performer this year at club, school and representative levels. He averaged 13.2 disposals and 5.2 marks for Vic Metro and 14.1 disposals, 5.5 marks and four tackles across 13 matches with the Sandringham Dragons. He was named the Neale Daniher Medal winner as the best player for St Bede’s in the Herald Sun Shield final this year.

"Exciting. A bit of flair. I like to take the game on and go for some hangers, excite the game." 😎

Congratulations to Miles Bergman who has been selected by @PAFC at Pick 14 in the 2019 AFL Draft. He’ll join another Rovers player, Karl Amon, at the club in 2020.
#AFLDraft pic.twitter.com/4Zf0Sech4p