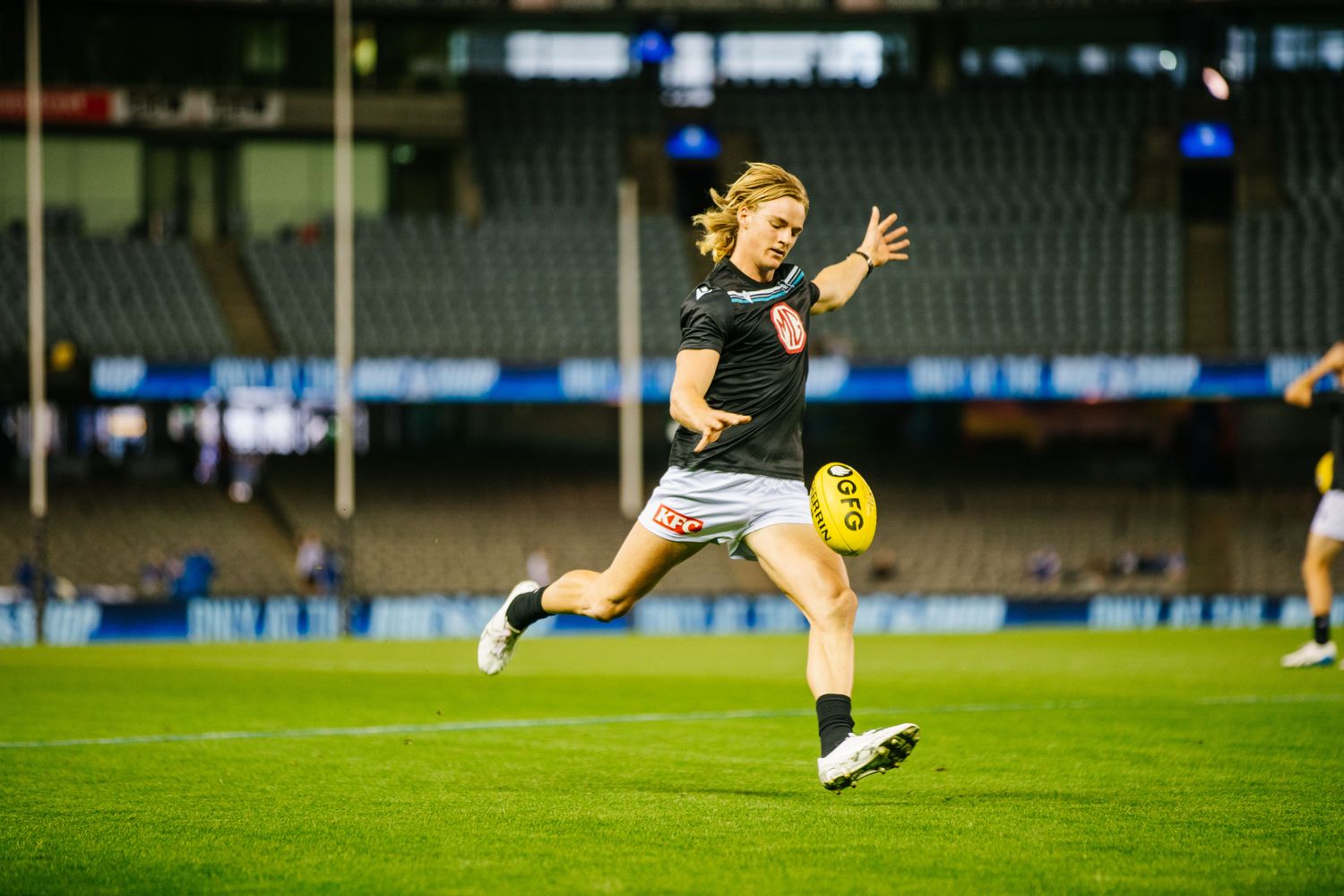 After missing out in 2020, Miles Bergman got his chance in the opening round of the 2021 season, making his long-awaited debut for Port Adelaide in their 52-point win over North Melbourne at Marvel Stadium on Sunday.

After an impressive off-season, he put himself in the frame to be picked in the round one team and coach Ken Hinkley had no hesitation naming him as one of three players to make their debut for the club – alongside Aliir Aliir and Orazio Fantasia.

Miles proved he belongs at AFL level with a good showing, now playing as a dashing half-back flanker, collecting 14 disposals and laying three tackles. After starting on the interchange, he spent 83% of the game on the field.

Bergman was Port’s top pick in the 2019 AFL Draft, at number 14 – the same number now on the back of his jumper. He played 92 games for the Hampton Rovers between 2009 and 2018, including four VAFA senior games for the club three years ago.

Bergman is one of eight Hampton Rovers players currently on AFL lists and is joined at Port Adelaide by another former Rover, Karl Amon. Will Walker is on North Melbourne’s list but didn’t play on Sunday.

Also playing across the AFL during round one was Brayden Maynard (Collingwood), while four past Rovers played in the Melbourne v Fremantle match – Angus Brayshaw, Andrew Brayshaw, Christian Salem and Jayden Hunt. View a list of Hampton Rovers AFL players.

The club was also proud to see our Senior Women’s team captain of the past few years, Bianca Lenarcic, make her debut for the Casey Demons in the VFLW on Sunday, defeating the Southern Saints by 25 points at Casey Fields.