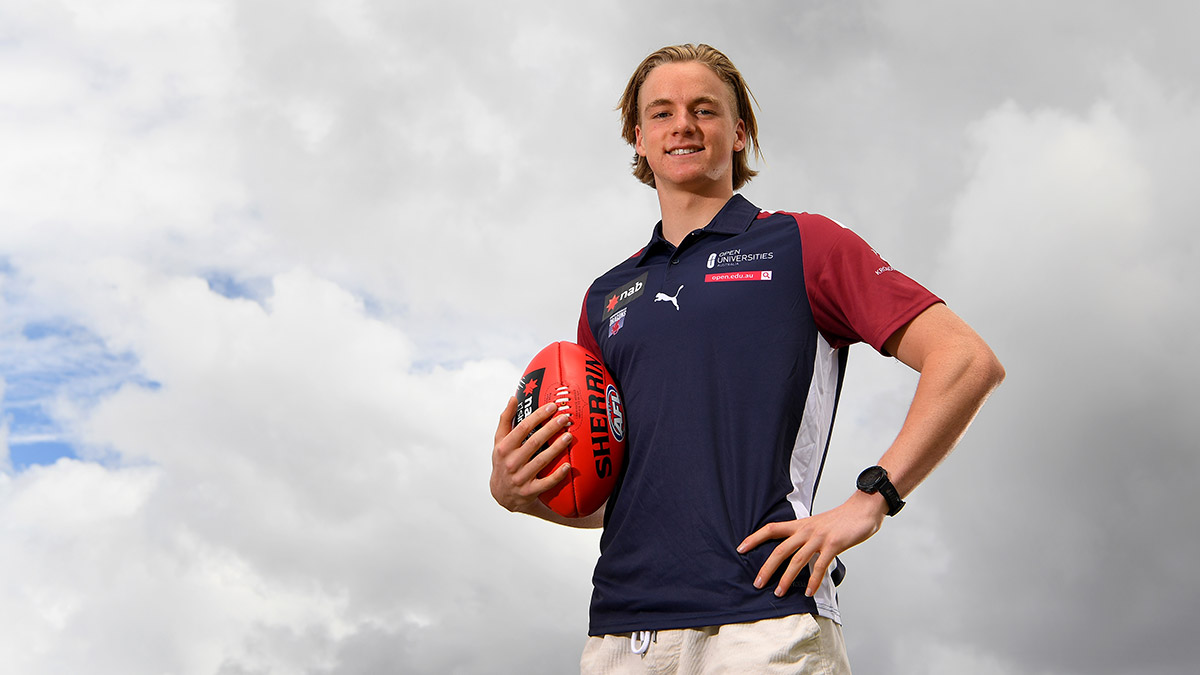 Miles Bergman will become the latest Hampton Rovers player to be recruited by an AFL club on Wednesday evening, when his name is read out at the 2019 NAB AFL Draft.

His journey hasn’t been smooth sailing given he has been hampered by shin splints throughout 2019, barely training for the second half of the year. Still, he managed 13 NAB League games for the Sandringham Dragons and all four games in the U18 Championships. Finishing the year strong and an exceptional performance at the Draft Combine has seen him bolt up the draft board.

A number of clubs have expressed interest in Miles, with the Western Bulldogs among the teams considering calling out the young guns name.

Draft guru Cal Twomey has him going to Port Adelaide at pick 13 on his Phantom Draft on the AFL website.

Bergman would add some more attacking flair to the trio of first-rounders the Power selected last year. The Sandringham midfielder showed signs of his ability for Vic Metro mid-year, and continued to piece together exciting moments for Sandringham towards the end of the season. At his size he’s mobile, athletic and good overhead, while he also has a booming long kick. With their three top-20 selections this season, the Power are looking for the best mix of players, and Bergman’s traits mean he fits as a versatile option.

Cal lists other potential suitors are the Bulldogs, Geelong and Gold Coast. The Herald Sun agrees with him in their phantom draft, with the Power gaining the services of Bergman.

Miles Bergman started his football journey at the Hampton Rovers in 2009, playing up in the under 9’s as a seven-year-old with his older brother Blake, who is a current senior player with the club. With the exception of two years in U13/U14s where he was at the Vampires, Miles played all his junior footy at the Rovers – 92 games in all.

Miles fronted the media at AFL House on Tuesday and featured on Nine News, and on Wednesday evening, he’ll be joined by his family at Marvel Stadium for the 2019 NAB AFL Draft.

Watch it live from 7pm on Fox Footy or for free on the AFL Website & AFL App to see who snaps him up.

The club wishes Miles all the best ahead of the Draft and what is sure to be a successful AFL career.

RELATED NEWS
Class of 2019: The all-sports jet who has bolted up the draft board (AFL.com.au)
This draft prospect battled shin splints in 2019. It won’t stop him being a 1st round pick (Fox Sports)
Draft Prospect Profile (AFL.com.au)