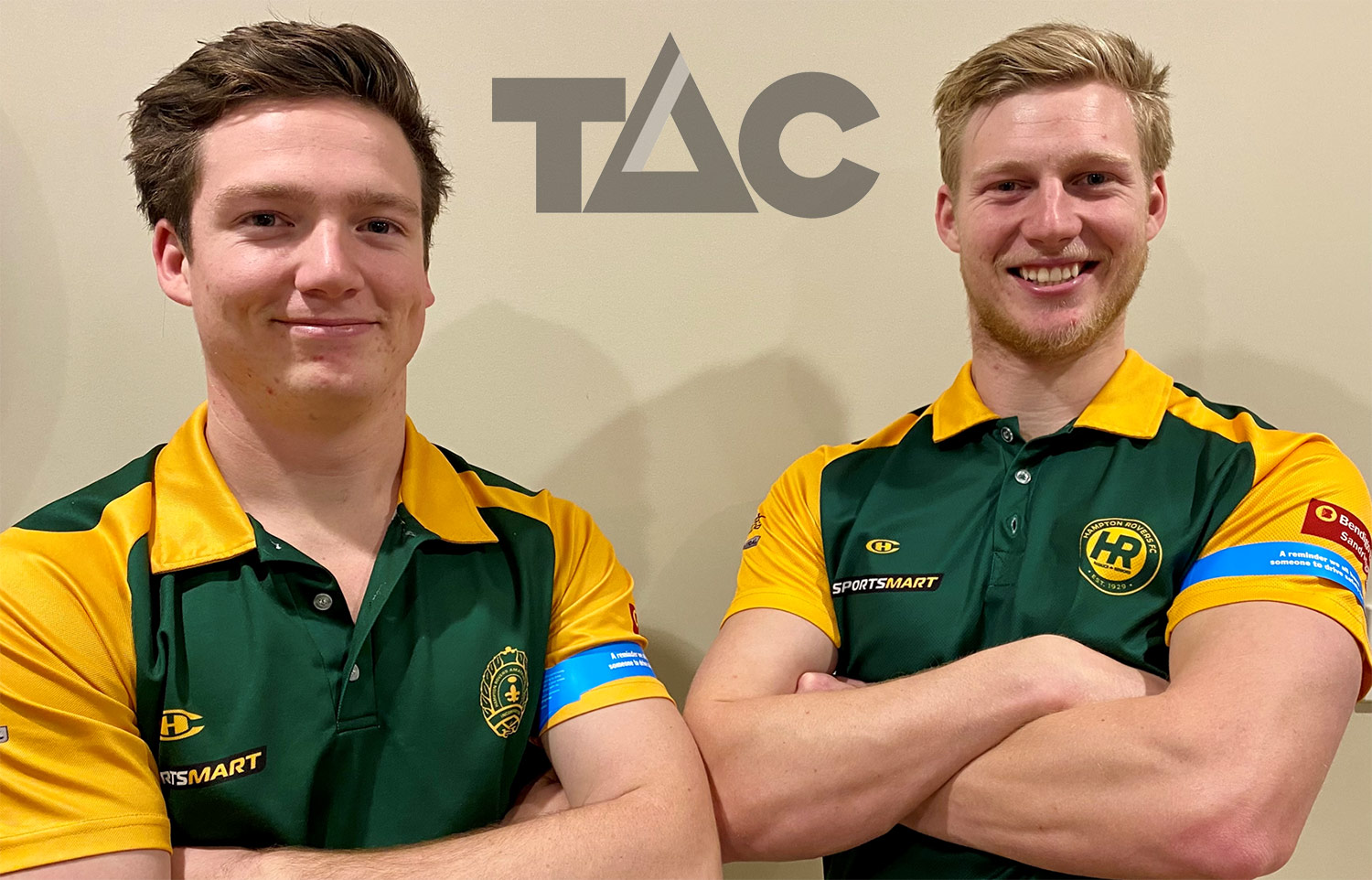 Despite the 2021 VAFA home & away season being cut short, the Hampton Rovers Football Club remain as committed as ever towards road safety, in conjunction with the TAC.

The Rovers were one of thousands of clubs across Victoria set to band together for TAC and AFL Victoria Road Safety Round with players to wear blue armbands. Then Covid hit, unfortunately postponing the round and subsequently the remainder of the season.

TAC Road Safety Round branding has featured throughout the club this year, including posters inside the clubrooms, bar mats, drink coasters, water bottles and branding on our website and social media.

Other initiatives by the club have included selling zero-alcohol beer and other non-alcoholic beverages including free water at the bar.

The club is reminded every year how tragic road trauma is, and it hits home at every Presentation Night when the Mark Johannsen Trophy is presented for the most courageous player in the Under 19s. This year marks 30 years since Mark, a Rovers player at the time, was tragically killed in a car accident on South Road on his way home from the club.

This is something we as a club never want to see repeated.

Hampton Rovers players have proudly participated in TAC initiatives in conjunction with AFL Victoria, including TAC Towards Zero Round in 2019 where senior player James Prosser wore the number ‘zero’ in a home game at Boss James Reserve. The club also were involved in the filming of a TV commercial for the TAC in 2018 – see below.

This year, senior players were to wear blue armbands, representing their commitment to eliminating deaths and serious injuries on our roads.

The Band Together campaign was kicked off by a TVC featuring coach and AFL legend Brett Ratten, who lost his son Cooper to a road accident in 2016, alongside a mother, local shop owner, police officer, local club captain (former Hampton Rovers player Harry Hill) and coach, each of whom had their own unique experience with road safety.

Community members can get involved by filming their reason for wearing the band and wanting safer roads, and sharing socially using #tacbandtogether, or visiting tac.vic.gov.au/bandtogether to learn more.