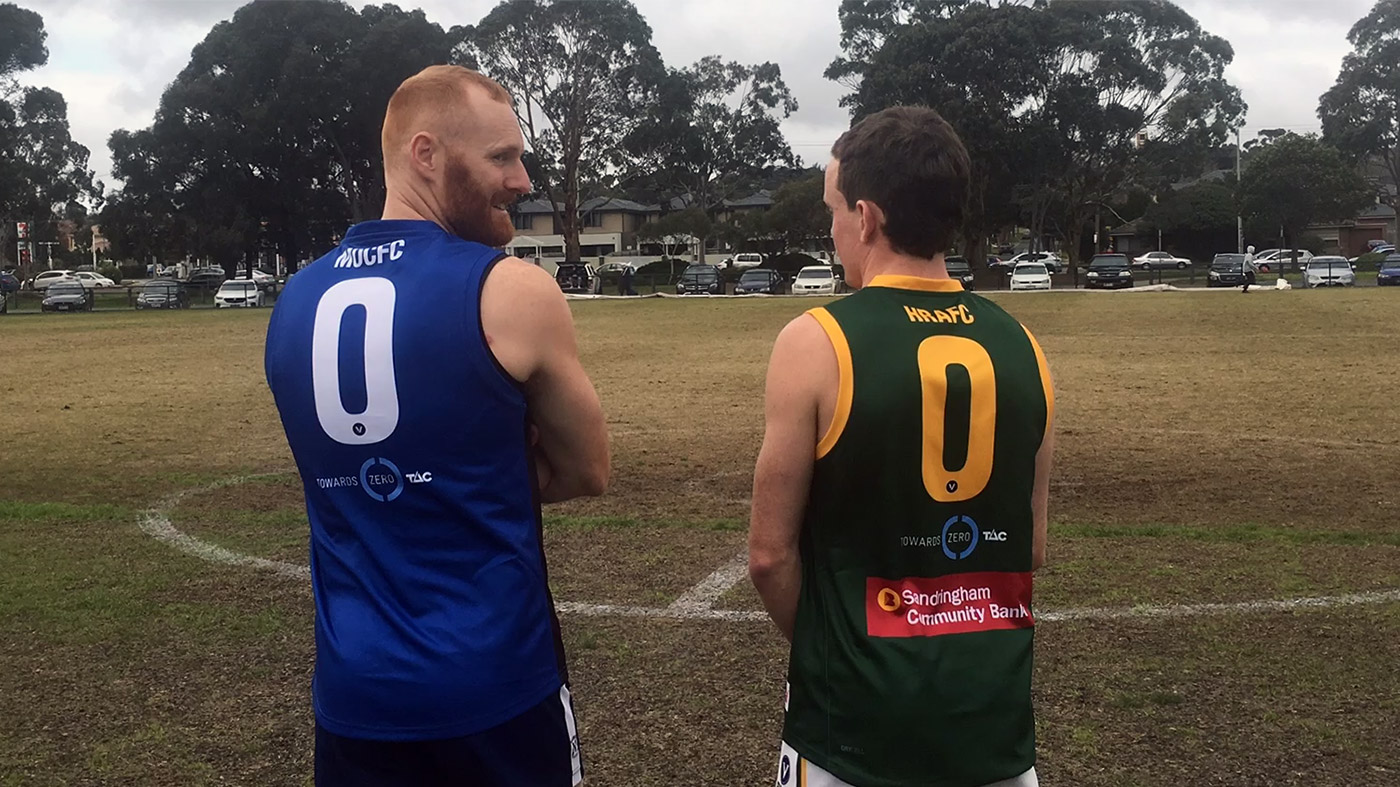 The Hampton Rovers Football Club was proud to be involved in the TAC Towards Zero Round last weekend.

Saturday’s skipper, James Prosser, joined thousands of other captains around Victoria, including the opposing Mazenod captain, by proudly wearing the number zero on the back of his jumper to help raise awareness for the Towards Zero campaign.

Together, we can achieve zero deaths and zero serious injuries on our roads.

Hampton Rovers’ connection with road trauma stems further than this week’s awareness round. Each year, the club presents the Mark Johannsen Memorial Trophy to the most courageous player in the Under 19s – last year awarded to Jack Garrow. Former player Mark Johannsen tragically lost his life in a car accident in South Road when leaving the club back in 1991. It was something that shocked everyone at the club and we never want to see happen again.

The club was also involved in the recording of three TV commercials for the TAC Safe Series two years ago, as part of the Towards Zero campaign. Watch the three commercials, featuring senior men and women players, below.

Support for the Towards Zero Round also extended to the junior section of the club, where players from the Under 16’s, 17’s and 18 Girls participated in the TAC Towards Zero ‘Drive to the Game’ initiative, whereby boys and girls on their learner permits were encouraged to drive to the game. Junior captains across all teams also wore TAC Towards Zero socks as part of an initiative with the SMJFL.

With the Seniors playing at home this Saturday, the zero jumper will make an appearance at the Luncheon, with TAC Towards Zero branding prominent at Boss James Reserve. It’ll continue to be a focus for the club throughout the remainder of the 2019 season, and beyond.

Thank you to the over 1000 clubs that participated in Towards Zero round. Together we can all work towards zero serious injuries and lives lost on our roads. #towardszeroround @aflvictoria pic.twitter.com/2NEPBkqHH8