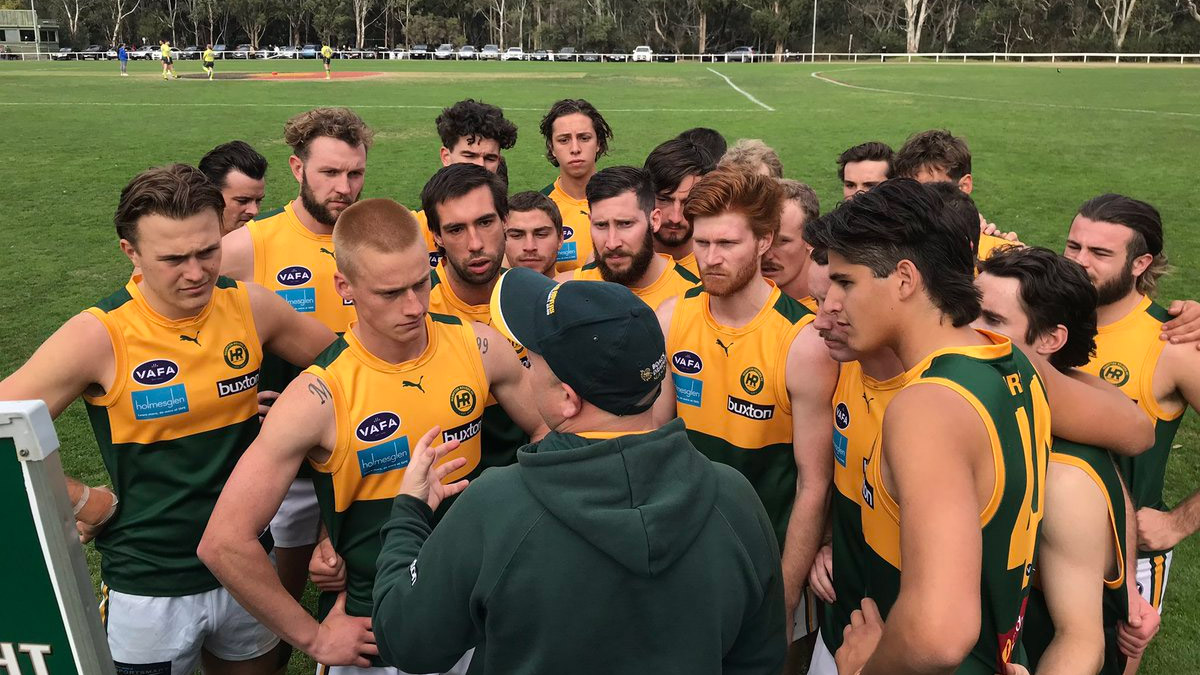 After successfully staying up in Premier C, and with the direction been given to raise the bar again, the Senior group embarked on a strong pre-season. With the addition of a specialist strength and conditioning coach in Nathan Bonney, who came to us with a long history in sport science, umpiring, TAC Cup football and as a teacher, the players undertook a hard, but structurally sound pre-season program. From biomechanical training and education, to numerous small sided games, it was clear for the players whom completed most if not all sessions, they were extremely prepared for the 2020 season.

From a coaching panel perspective, it was pleasing to see and hear that the training although tough at times, was met with enthusiasm and encouraging banter. Starting back in mid-November and then again in late January, the numbers at training were very good. All was going well leading into our pre-season camp in Torquay which was attended by close to 40 players over the weekend. A mixture of hard training, skill drills and match simulation, the players were also able to spend some time bonding.

Unfortunately, upon our return leading into the practice matches, COVID kicked in which brought everything to a halt. Disappointment was high as we genuinely felt this was the best prepared group in a long time.

Fast forward to June when we were able to resume with some glimmer of hope to play in July, and with restrictions which were a logistical nightmare for all involved – a huge thanks to Jamie and Miranda for helping run this off-field, plus the senior committee for their support. We had consistently 40-45 players across the two 45 minute sessions in June – the highest being 53 players, and with no official start date, this was a huge commitment and a display of positive attitude by all.

Unfortunately, we were called off in early July.

However, the positives were that in 2020, we had a number of players return to the club, to name just a few, Josh `Speedy` McPherson and Nathan Smith. We were lucky to have some players return from long term injuries – Christian Carnovale and Benji Audgie who were moving beautifully.

We look forward to 2021 and the hard work behind the scenes has already begun, for what will seem like an eternity until we play our first game again.

For the Under 19s, coming off the back of a Premiership, numbers again looked strong. With some filtering up to the senior bracket, it was pleasing to see many new under 19s attend training.

In the Women’s team, Corey had huge numbers to work with and again, and were all set for a successful year after playing off in the Grand Final.

View more in the 2020 Annual Report