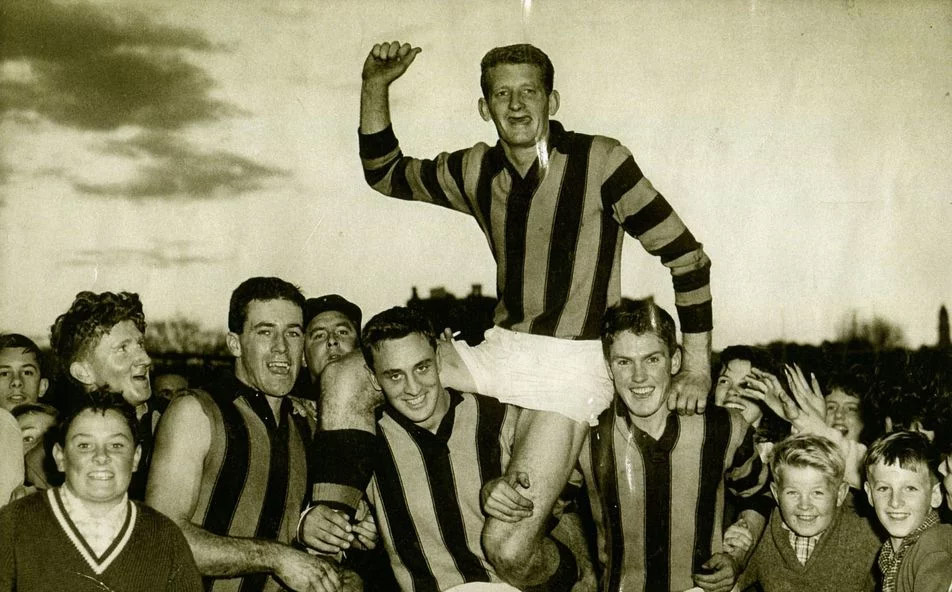 The club is saddened to hear of the passing of Graham Cooper, who recently passed away following a long battle with cancer, aged 81.

Graham ‘Sweet’ played his junior football with the Hampton Rovers U19’s (formerly known as the Hampton Scouts). He was recruited by Hawthorn and played 90 VFL games between 1959 and 1965 and was a member of the Hawks first ever premiership team in 1961, a feat his younger brother Ian experienced five years later when he played in St Kilda’s first ever premiership team.

Graham was inducted to the Hampton Rovers Hall of Fame under the Meritorious Achievement category in 2016. Graham was unable to attend the lunch due to his health, but Don Scarlett, whose wife Heather is Graham’s sister, inducted him at his house and the video was played to those in attendance at the lunch. View the video below.

Graham also played with our co-tenants, the Hampton Cricket Club, during the 1960’s -90’s.