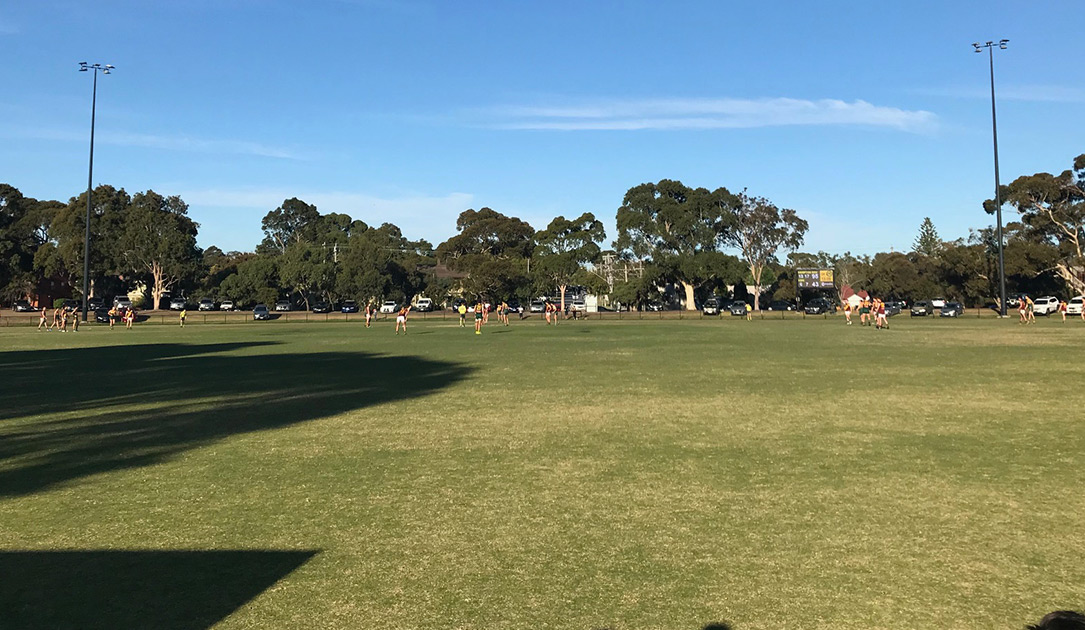 It’s the biggest home game of the year as Hampton Rovers host arch-rivals Ormond this Saturday at Boss James Reserve. The two teams will play for the Buxton Cup while the newly-renamed Barnes Medal will also be on offer.

It’s a huge weekend for the club with the major function of the year on Saturday evening and prior to that, it’s a big Home Game Luncheon against our traditional rivals and a Triple-Header with the Thirds kicking-off at 9:20am.

The Rovers sit atop the division one ladder, despite suffering their first defeat of the season last week at the hands of Preston. Ormond occupy second position and have also dropped just the one game. It promises to be an intriguing contest at the Boss and we want to see a big crowd in attendance.

The two clubs haven’t met at senior level since 2014 and the Rovers have won the past six matches against Ormond including the 2013 Grand Final. The Buxton Cup currently resides at EE Gunn Reserve following the inaugural VAFA Women’s match last year, but it’ll be up for grabs once again this Saturday.

The best player on ground in the Rovers-Ormond match has traditionally received the Russell Barnes Medal given his involvement at both clubs. The two clubs along with Russell has agreed to rename it the Barnes Medal to recognise the whole family and incorporate the memory of Jane who touched both clubs in a big way.

There will also be a raffle and auction at the Luncheon with all proceeds being donated to Jane’s Match which St Bedes/Mentone Tigers have organised on July 14 (funds will go to the Maddie Riewoldts Vision charity).

Book your spot now for the Home Game Luncheon. Just $30 per head (or free for members) for main course with drinks at bar prices. From 12 midday at The Wright-Scarlett Pavilion at the Boss. View further details and RSVP here or pre-purchase at the Rovers Shop. You can also contact Gary Nash on 0407 313 054 to confirm your attendance.

It’s also a huge clash for the unbeaten Reserves. Ormond lost their first match of the season last week, elevating the Rovers to the top of the ladder. That match commences at 11:40am with the Seniors at 2pm.

To kick-off the action on Saturday at Boss James Reserve, the Thirds take on Monash Gryphons at 9:20am and will be looking for a big win to stay in second position on the ladder. The Under 19s take on local rivals Old Brighton at Brighton Beach Oval, also starting at 9:20am, while the Senior Women face Ajax at Albert Park at 11:40am.

We look forward to seeing everyone at the Rovers Gala, Saturday night at Warehouse 35 in Moorabbin! Book your tickets now >