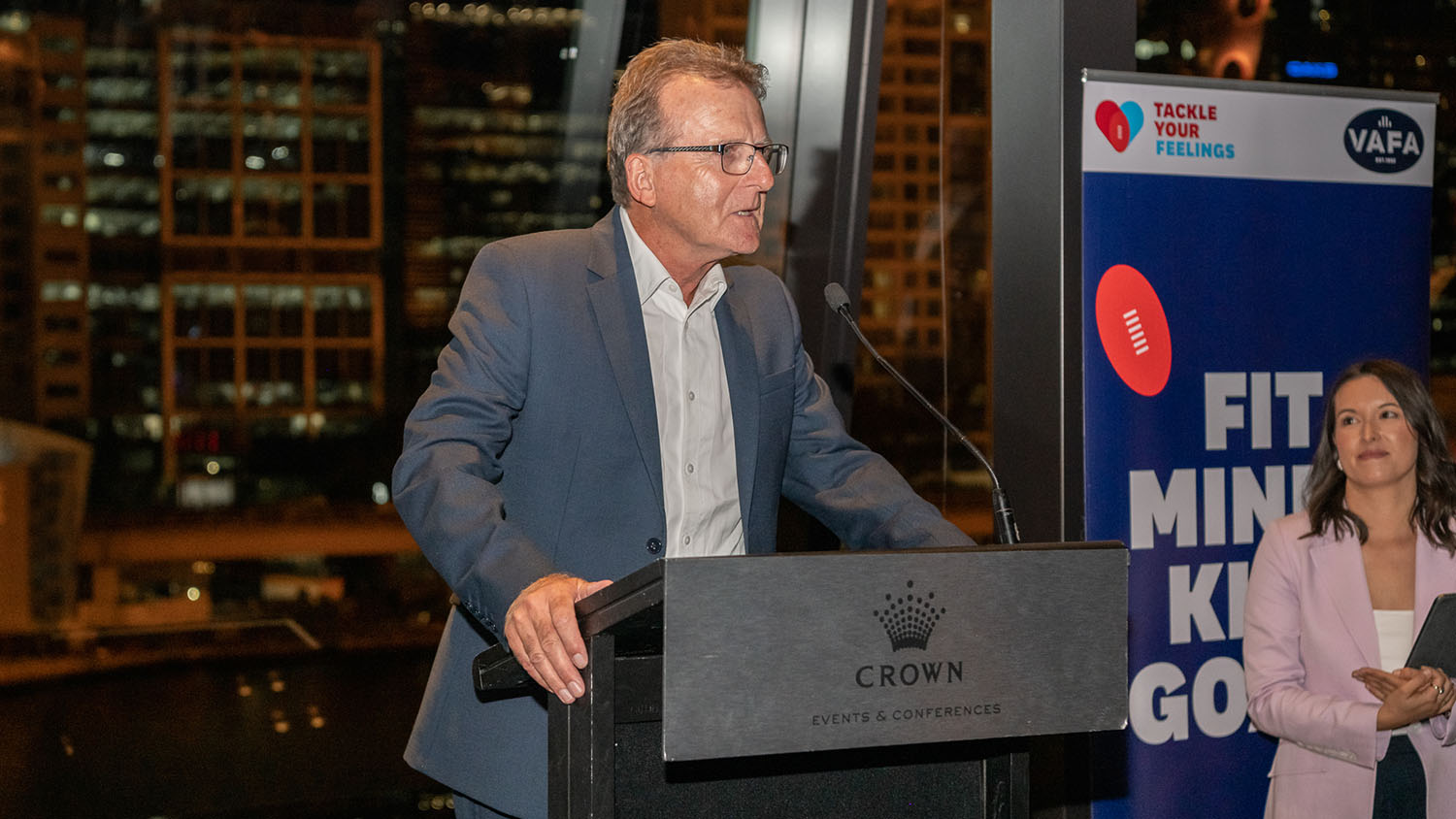 Hampton Rovers President Gary Nash was the recipient of a VAFA Certificate of Merit at Wednesday’s VAFA Season Launch held at Crown.

The award recognises Nashy’s significant contribution to the Hampton Rovers Football Club over many years and is thoroughly deserved for someone who continues to put in to make the club tick.

Gary was given the honour of responding on behalf of all seven recipients at the gala event which was attended by more than 250 people, and featured guest speaker Alistair Clarkson.