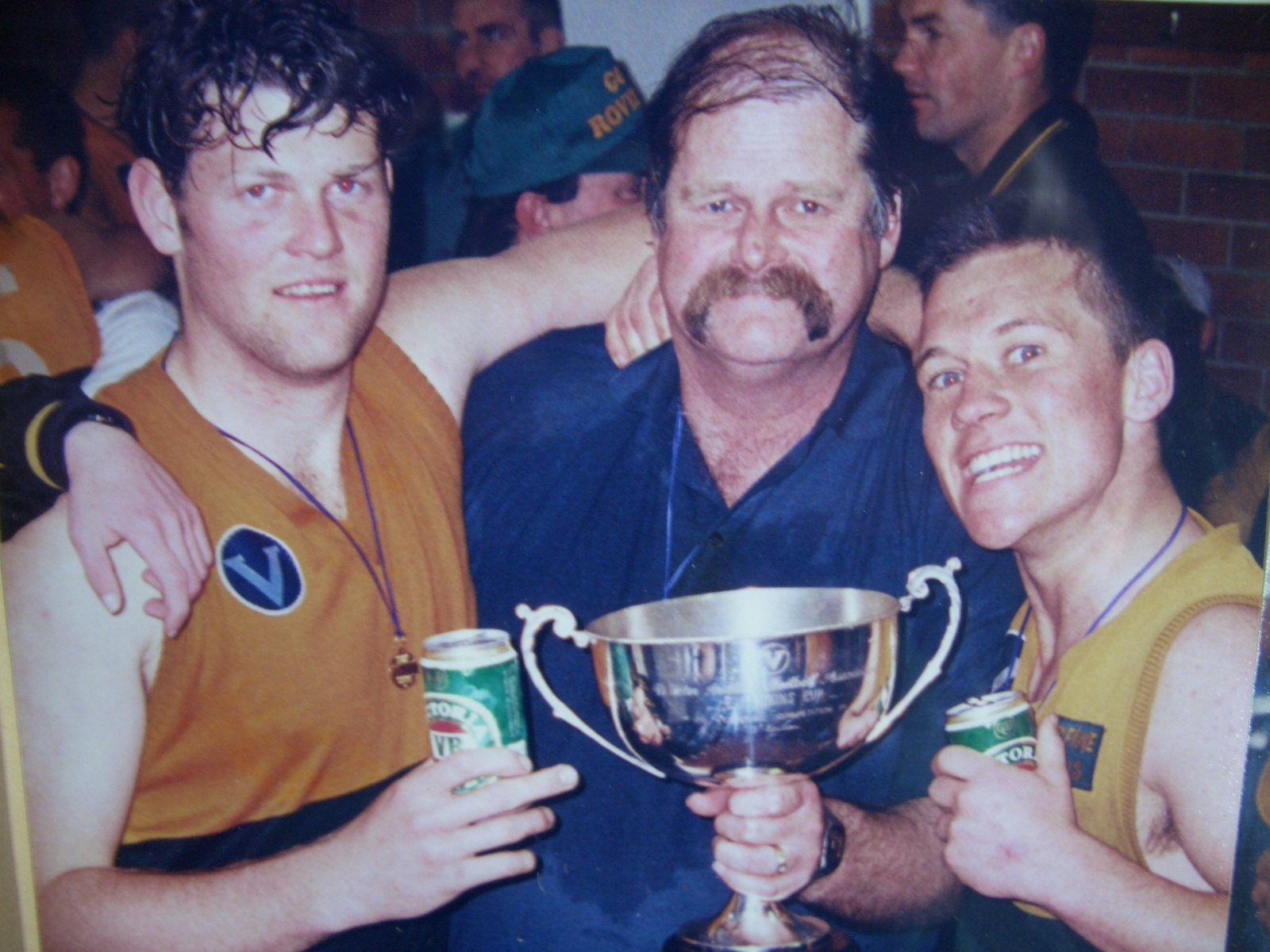 The Hampton Rovers community is mourning the passing of club legend Don Scarlett on Friday.

There simply aren’t too many greater personalities associated with the Hampton Rovers Amateur Football Club over its 93-year history than Don and we’re deeply saddened by the news. He had been unwell and passed away at home on Friday morning.

Don certainly was a larger than life character and will be well remembered in recent times as a humorous, and even sometimes controversial, host of the famous Hampton Rovers home game lunches.

But Don was much bigger than that. He started playing with the Rovers in 1965 and retired in 1984. He had four or so years away from the club with an overseas trip and work commitments interstate, but still managed to play 243 games for the club, including playing in an unsuccessful seniors Grand Final in 1975.

Don’s contribution to Hampton Rovers didn’t stop there though. He became a committee member in only his third year at the club, then Treasurer, and later President (1978-81 & 1983). He won Best Clubman awards, was a Life Member, an inaugural inductee into the Hampton Rovers Hall of Fame, and a VAFA Certificate of Merit Award recipient.

He also coached the under 17’s before taking on the role of Senior coach in 1994 and breaking a 44-year senior premiership drought for the club, no doubt one of his greatest achievements.

Don has also been a long-term significant sponsor of the club through Ausfine Foods International. The company continues to sponsor the club today.

They say, no one is irreplaceable, but he must go close to debunking that quote. He will be sorely missed at the Hampton Rovers Football Club and in the wider community.

Rovers home game lunches, taking place in the pavilion named in his honour, the Wright-Scarlett Pavilion, just simply won’t be the same without him.

The club sends its deepest condolences to Heather, Chris, Julia and their extended families.

A service to celebrate the life of Don Scarlett will be held at the Wright-Scarlett Pavilion at Boss James Reserve this Thursday, March 17th, at 1:00pm. If you can’t attend, there will be a live stream of the service – click here to view.