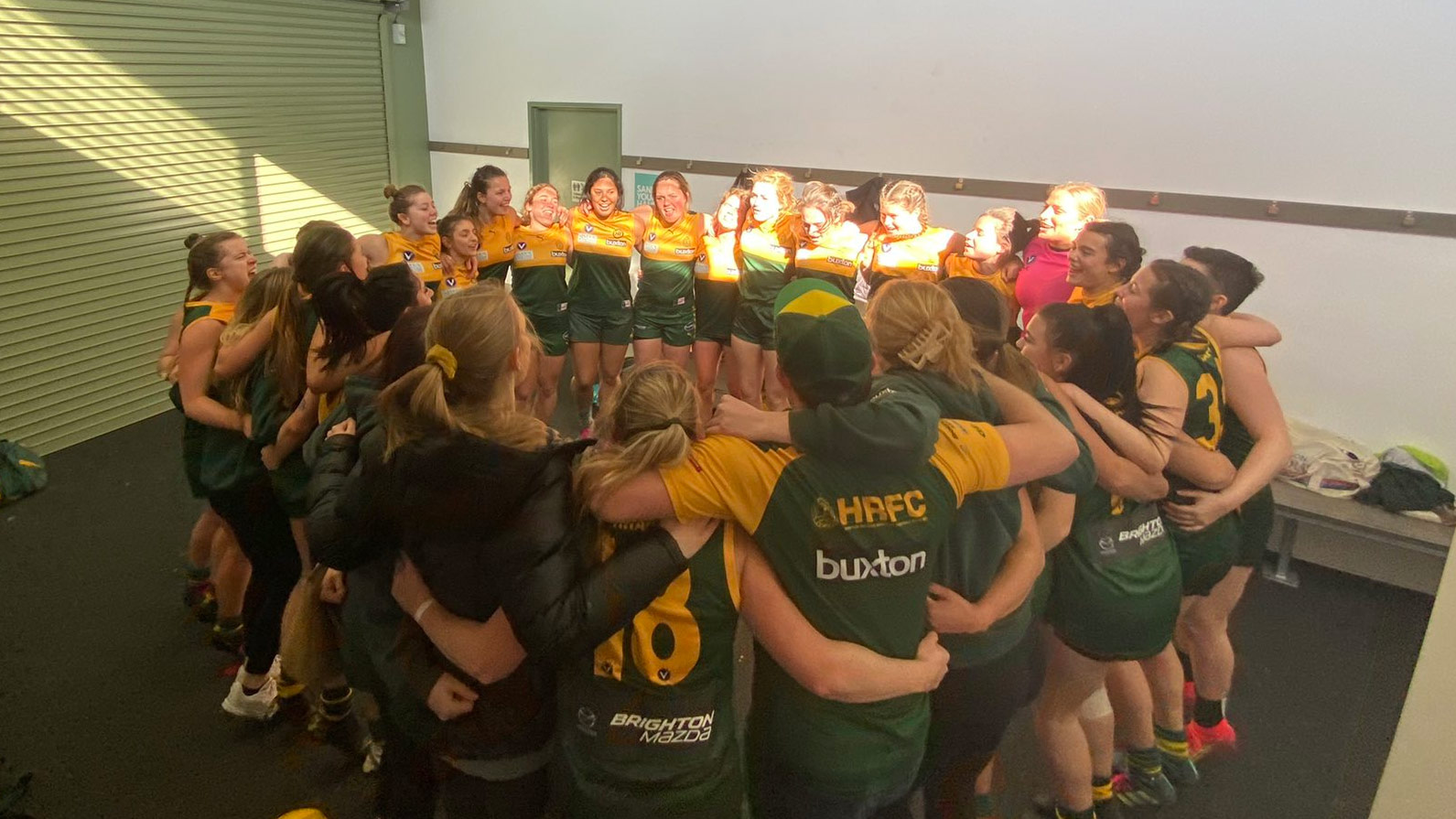 The finals had arrived at Castlefield Reserve, it was good weather but with a strong wind blowing across the ground.

It was the top two teams in the Division 3 Women’s competition, facing off in the second semi, ironically they had not played one another this season!

The Rovers were up and firing right from the first bounce, just like an Aussie Olympian exploding out of the starting blocks!

Maxine was leading the way with her attack on the footy and finishing skills.

Hayley was playing beautifully across wing / half forward with her first, second efforts, juggling marks and bringing her Rovers teammates into the play.

Steph got the Rovers underway on the scoreboard with a shot on goal which just missed.

Our pressure and tackling was intense and very effective,

Emily Johnson was playing good hard footy, it was great having her back in for her first game following her injury earlier in the season.

It was a strong first quarter by the Rovers but we needed to consolidate further on the scoreboard.

Again we started well with our desire and effort to get to the footy first and then use it with our slick teamwork.

Our backline was brilliant, led by Mandy who rarely loses a contest, Shae, Isobel Galloway and Millie were combining well with great pressure and saving efforts in our defensive half.

A great smother by Kristy and then a follow up strong mark epitomised the Rovers women’s level of intensity and commitment.

A chain of handballs started off by Bianca’s superb ruck work was great footy to watch, as was seeing Casey, Sally and Savina throwing themselves in and feeding the ball out to their teammates at every opportunity.

A late goal (the first for the match)on the run by the brilliant Jas, sparked wild celebrations by the girls as they knew how hard they’d worked for it!

However there was still work to be done as it was only a 14 point lead to the Rovers at half time.

The Rovers this quarter really hit the scoreboard as they had kept working hard all match and now got the reward they really deserved.

Bree got the first from a free and an advantage play-on.

Then it was a set-shot goal from

Steph and not long after another to Steph with a nice snap.

A great third quarter by the Rovers had set up very hardy lead going into the last.

In his last quarter address to the team Corey asked that they give their best, play their hardest and importantly play ‘fair’ in any situation.

The game had been a hard contest all day even though Ajax had yet to score, it was the extra work rate by the Rovers that had them in a strong position. Greta’s intercept mark then play-on run and bounce down the flank was typical of this effort.

Our backline had been awesome all day with the way they set-up and did the team things, such as the work Lynchy had put in during the game and she had a very strong last quarter.

A pick up by Grace off her toes and dish-off handball was also a last quarter highlight.

Then Bella after a great game, put the icing on the cake with a sensation final Rovers goal!