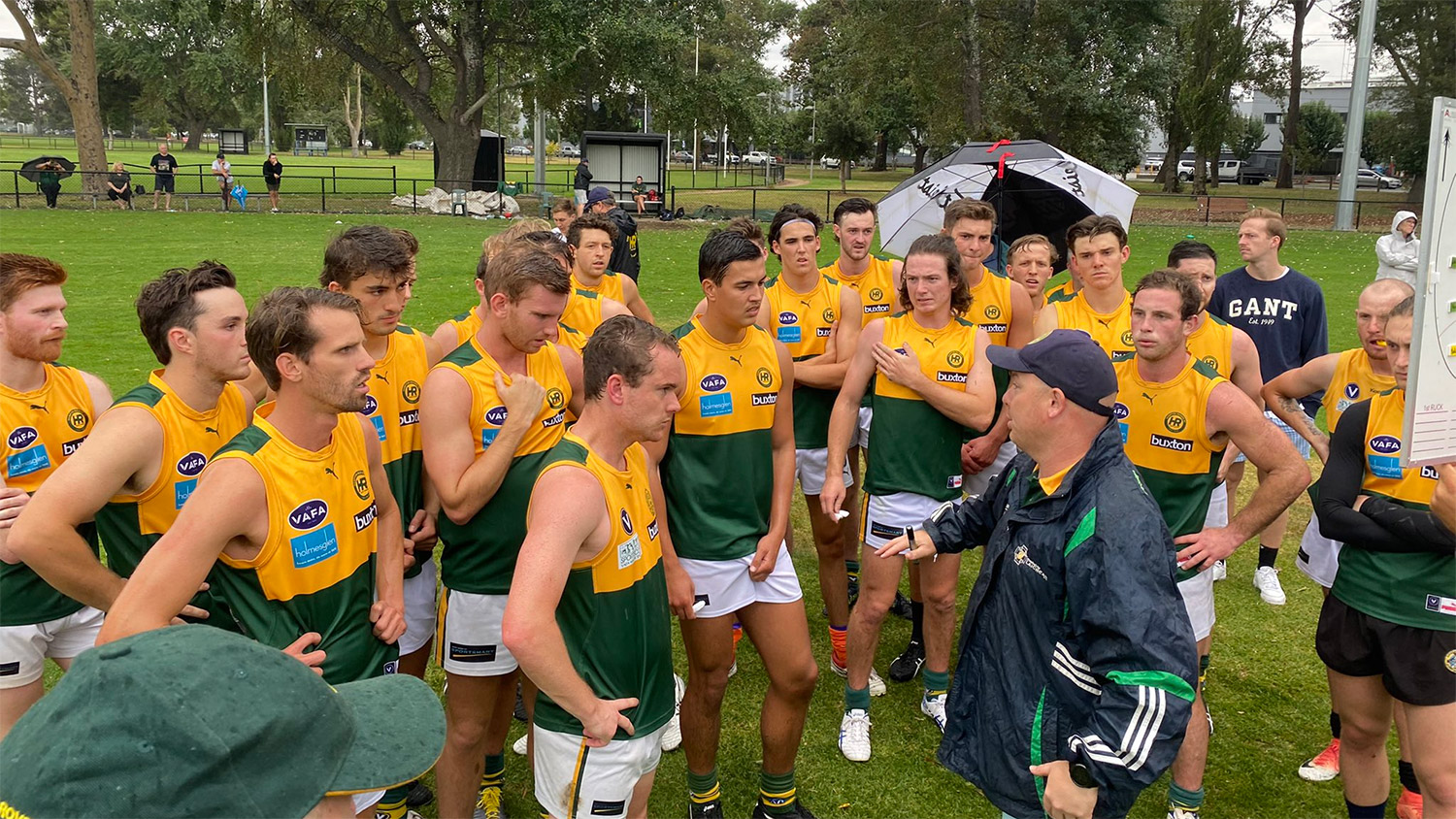 The Rovers had their first hit-out of the year last weekend and will face Oakleigh this Saturday, before taking on Parkdale in the third and final practice game ahead of the 2021 season.

There were a stack of new faces in the green & gold as well as returning stars to the club. It was a physical encounter against the SFNL club and a great contest for the boys. Good to see the likes of Nathan Smith, Lachie Cairns and Josh McPherson back in Rovers colours and some under 19s stepping up to senior level.

A look at the scores showed the Rovers won the first three quarters 67-40 while Port Colts came out in front in the main game 30-19 in a low-scoring affair. Goals to Smith and Cam Morris, and the Rovers had their opportunities with four more scoring shots than the opposition.

Following the game, senior coach Anthony Quon summed it up pretty well, “We played a team that was bigger, stronger, tackled hard and had a few old heads who had played footy at higher levels playing a style of footy that we rarely see in the VAFA. A great learning curve and good to see all our boys rose to the challenge”.

This weekend, four teams will be in action against the Oakleigh Krushers, including the senior women’s team who’ll play their first practice game of the year.

On Saturday, the men’s teams will take on Oakleigh at Tattersons Park, behind the Springers Leisure Centre, 400 Cheltenham Rd, Keysborough. The Under 19s first up at 10:00am, followed by the Reserves at 12:00pm, and Seniors at 2:00pm. Note there are no change room facilities at the ground.

Saturday-week (March 27), the Rovers will take on Parkdale Vultures at Parkdale – details to follow.

The 2021 Season Launch will be held the following day (Sunday, March 28) from 4:00pm at Hotel Brighton – buy tickets here. Entry is free if you’ve paid your subs before March 26.

The 2021 Season commences the Saturday after Easter, with the Seniors and Reserves hosting Old Ivanhoe at Boss James Reserve on Saturday, April 10. View the full Seniors fixture here. The U19 fixture has also just been released.

Details about the first Home Game Luncheon of the year will be announced soon, but 2021 Club Members will be given priority access to this, and all club functions, with capacity restricted due to Covid-19. If you haven’t done so already, join today as a Rovers Member!