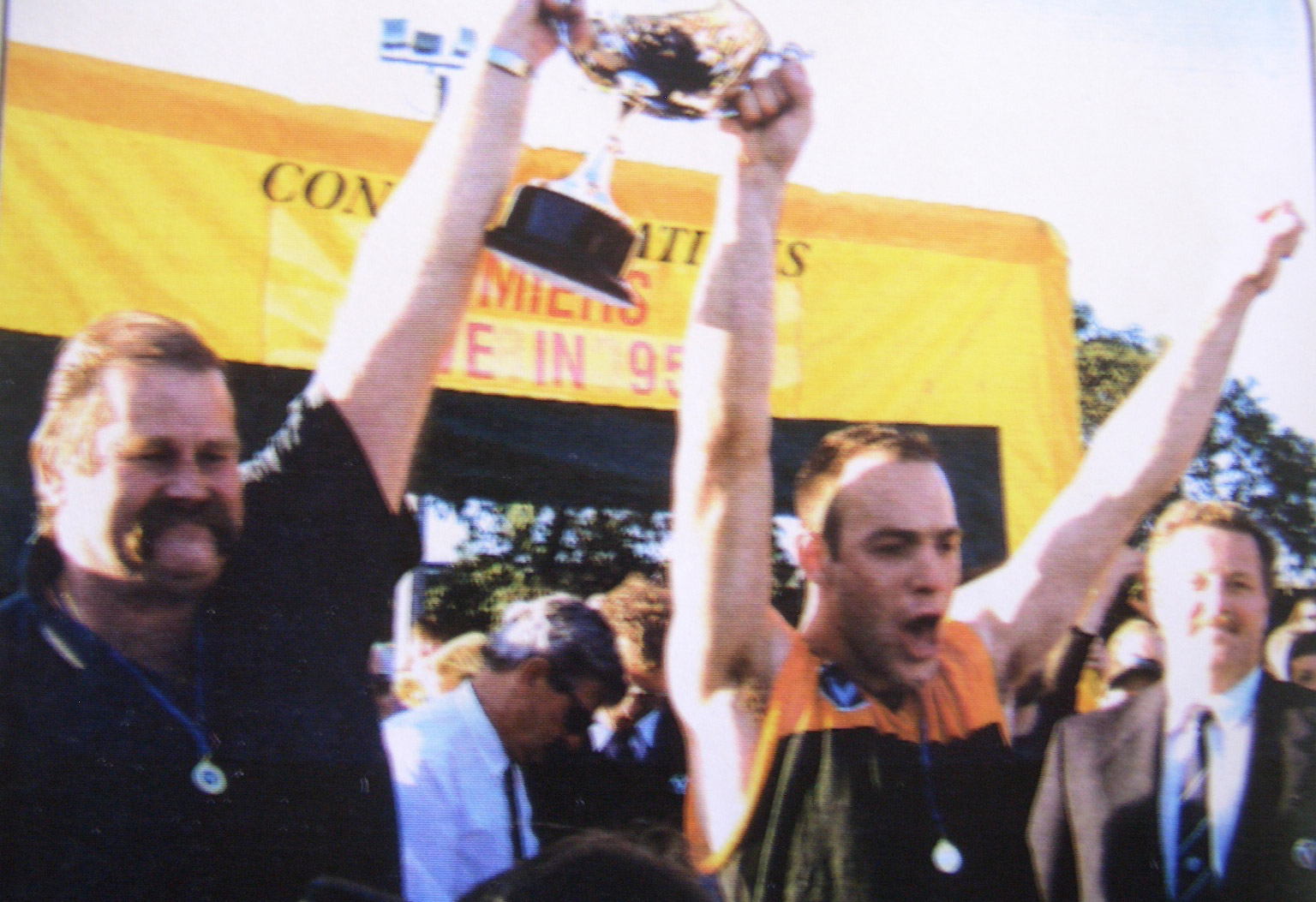 Wednesday 16th September marks 25 years to the day Hampton Rovers broke a 44-year premiership drought and we premiered the full replay of the game to re-live the historic event.

The eight-goal win over Thomastown in the D Section Grand Final on Saturday, September 16, 1995 at Oakleigh was the first senior premiership for the club since the A Section flag in 1951. It was the start of a great era for the Rovers, with three senior premierships in seven years. Read more about this great period for the club in this article by David Combe published five years ago.

While the club had planned a reunion this year, Covid has forced its postponement to 2021. During the lockdown this year, we’ve streamed many classic Grand Final’s, and the final chapter was the 1995 Grand Final on Wednesday evening.

For the first time, a full replay of the game was streamed on Facebook, YouTube, and the Rovers website – and it’s now available to watch on-demand on all channels. The game includes commentary by Ian Cave & Steve Johnson.

Past players: make sure you’re subscribed to the Rovers Newsletter to ensure you receive communication on club events including premiership reunions. If you’re on Facebook, join the Rovers Past Players & Supporters group to keep in touch.