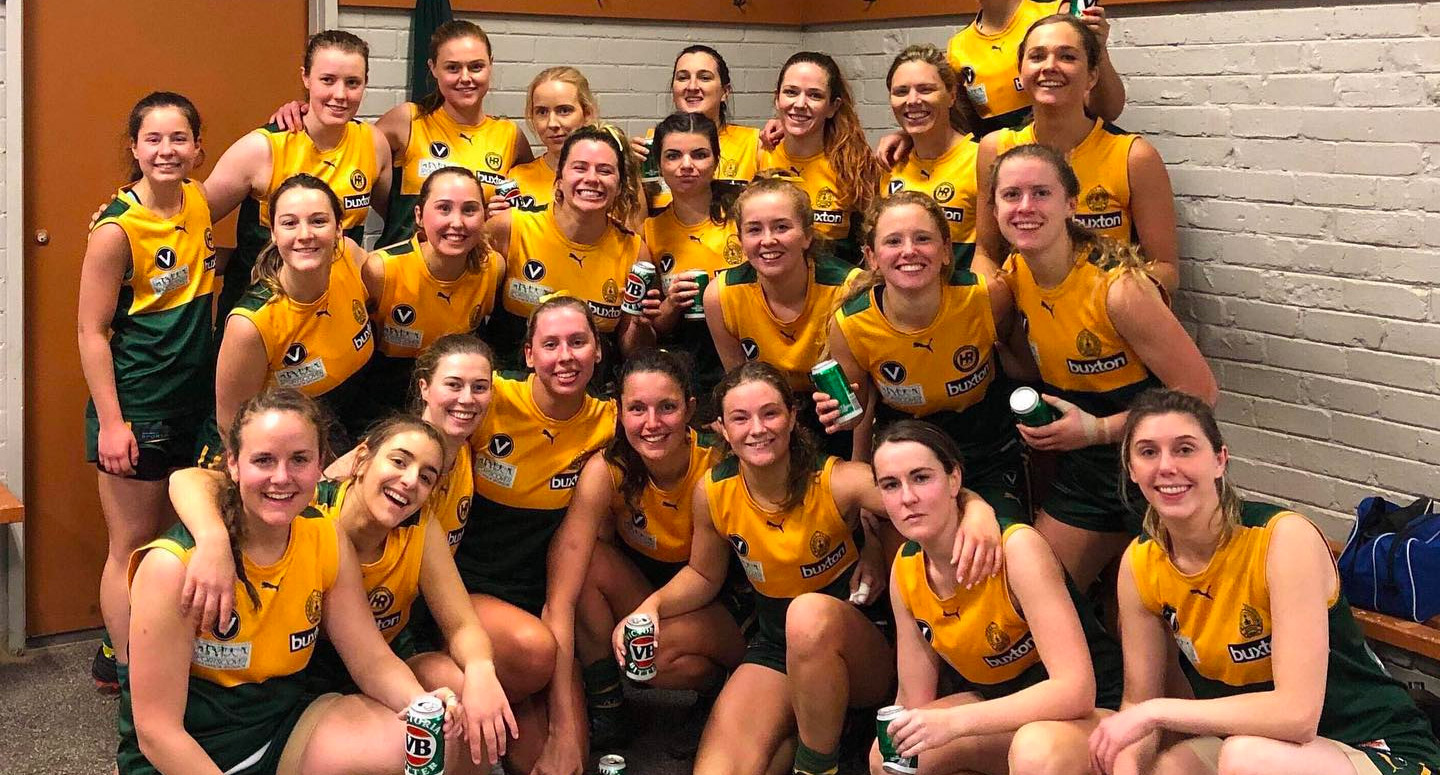 The weather and playing conditions were perfect and a big crowd from both sides was on hand to witness what was set to be a cracking contest, and they weren’t to be disappointed as the game started at that extra pace and intensity that finals bring.

Not long after the beginning of the first quarter, opportunities were being created by some of our gun midfielders, Merrick, Kavanagh and Cullen. Then as the ball spilt from the pack on our forward line, the mercurial Hurst swooped and snapped the first goal of the game.  We were away, however Oakleigh were up to the task and answered with their first goal not long after. The opposition had shifted up a gear and The Rovers were forced to defend for most of the remaining quarter. Megan and Kate were showing great determination on the last line of defence and co-captain Lenarcic was dropping back to mark strongly to help out in our back-line.

At the first break, it was Oakleigh with a slight lead.

Into the second term and we had a real contest on our hands, again showing that finals footy is so much different to the regular home and away games. It took a beautifully executed, bone crunching (but fair!) tackle by Ebbott to open the door slightly and show the opposition that we were going to give our all throughout the game!  Then when Chase put her head over the ball, showing great courage to receive a free kick and save a certain goal,

it was clear that our girls had bought willingness, determination and desire to the contest.

Naylor and Merrick were clearly being tagged but to their credit they both were able to break through and began to insert their influence on the match. Naylor was getting knocked around but somehow coming out with the ball and sending her long kicks forward.

It was some nice work by Nicky to get the ball to Hurst, who ‘sold some candy’ and calmly slotted it through for our second goal. As in the first quarter, a determined Oakleigh fought back with their second goal. However not long after, not to be outdone, Bahn burst down the the flank, took 2 bounces and Hurst was able to finish off Hannah’s great work with a very handy goal. That gave us a 5 point lead going into main break but still with plenty to do in the second half!

The third quarter was a real battle as Oakleigh were trying hard to upset our game. It became a real lockdown with both teams going hard at it. However it was clear that both sides had great respect for each other and the match was being played with good spirit. Behnke and Gould were getting into the packs and creating opportunities and when Merrick got the ball out to Behnke, who then got the ball in the open to Hurst, who finished a two-bounce run with another spectacular goal!

The last quarter was a big test for our backline to hold it together as Oakleigh were pressing especially hard to keep their season alive.  Our ‘back six’ held fast and were simply magnificent, led brilliantly by McLaren who took mark after mark. To their credit Oakleigh did not give in were able to get a goal and bring the margin down to 8 points and there a few tense moments including Temple’s great save later in the quarter.

However, our girls were able to work the ball forward and some slick work by Dendrinos created an opening for ‘that girl again Hurst’ who slammed through her 5th (and the Rover’s 5th) for the game!

It was an historic win for the club – the first ever finals win for a Hampton Rovers Women’s team in the VAFA, and the team now advances to the Preliminary Final, to face UHS-VU on Sunday at the Mentone Grammar Playing Fields (Oval 3) in Keysborough.