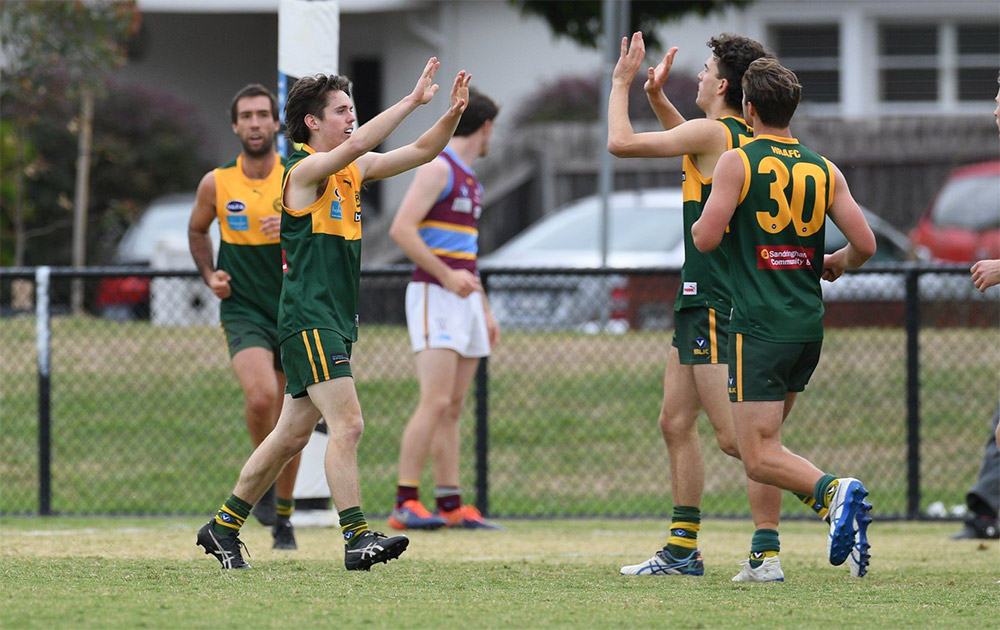 Hampton Rovers host Ajax on Saturday at Boss James Reserve, also featuring a top-of-the-table U19 clash as part of a big triple-header. Book your spot now for the Luncheon!

The Seniors have won their past two matches to improve their record to 2-3 and they’ll be looking to square the ledger on Saturday against an Ajax side that has struggled this season with the one win but had a good performance last week going down to top side Williamstown by just one point.

The Rovers recorded a one point win themselves, over Mazenod at the Boss last Saturday, and the Rovers will be keen to make it two from two against the two sides who’ve dropped down from Premier B. Ajax has been a rival of the Rovers over many years and the matches never seem to disappoint!

The Reserves have dropped just the one game and sit fourth on the ladder with their opponents sitting on one win. They kick-off at 11:40am with the main game getting underway at 2:00pm. Get Live Scores of the Seniors on the Rovers website and follow hamptonrovers on social media for updates with regular updates on Twitter.

First up at Boss James Reserve, the undefeated Under 19s take on second-placed Glen Eira, commencing at 9:20am. It’s the biggest test of the season thus far for Sam Care’s side and it’s definitely worth getting along early for a watch.

The Home Game Luncheon starts at 12:30pm (with the bar open from midday) and there’s a push to get the U19 parents along for what is always a great occasion. Guest speaker is North Melbourne player, past Rovers player and current Rovers Under 19 assistant coach, Will Walker. Just $30 per head (or included in your club membership) for a main course meal – the best in the Ammo’s – plus cheese & biscuits, with drinks available at bar prices. Book online here or let Gary Nash know on 0407 313 054.

The Senior Women are away against Emmaus St Leos at the Bennettswood Sports Ground in Burwood, while the Thirds match has been called-off after North Brunswick forfeited on Thursday evening due to a lack of numbers.

We encourage all players and supporters to get along to the Boss at 2pm to cheer on the Seniors, and stick around after the match with the bar open from 4:30pm and match awards for all teams at 5:30pm.

Have you signed up as a Club Member yet? Roger Yelland is on board as our 90th member in our 90th year – help us reach our target of 100 members and become a club member today! Starting at just $70 – view info and buy online.

More than one quarter of tickets have already been snapped up for our major function of 2019 – the Hampton Rovers Football Club 90th Year Celebration – Saturday 22 June at the Brighton Town Hall. Get in quick and secure your seat today – view info.

Hampton Rovers Football Club is this week’s Community Engagement Partner of the Sandringham Football Club. On Sunday, the Zebras are at Trevor Barker Oval taking on Essendon. Our U17s will play a curtain-raiser at 11:15am, while Rovers Auskick will be in action at half time of the main game. There is a Ladies Day Luncheon starting at 1pm with some great guest speakers – $50 p/head – view info & book. The game kicks-off at 2:10pm – more info. The club has free passes to Sunday’s game – these will be available at Saturday’s Home Game Luncheon.