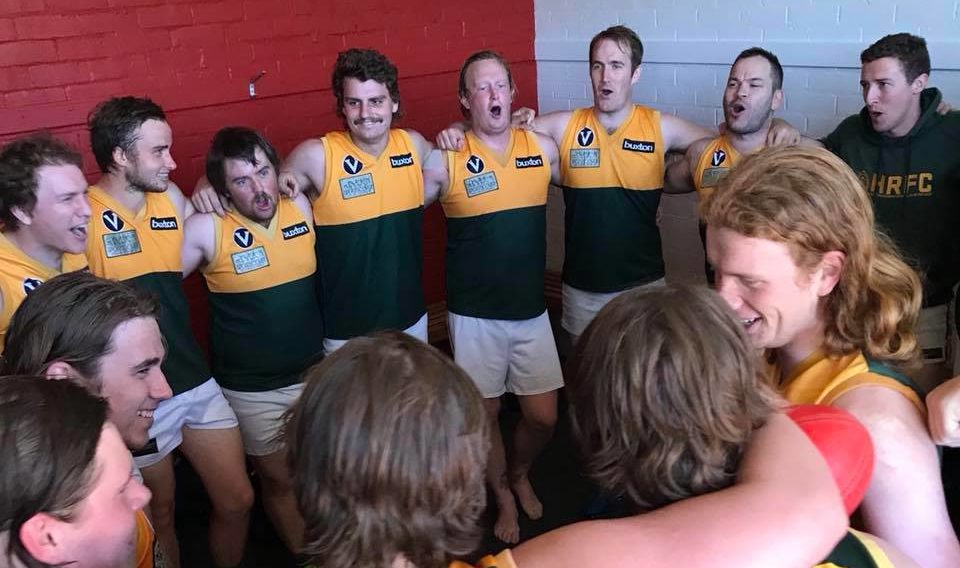 The Hampton Rovers Thirds are set for finals action this year and take on UHS-VU on Saturday morning away at Royal Park in the first Semi Final.

It’s the first time the Rovers Thirds have participated in the VAFA finals in the eight seasons the club has fielded a team and for many, it’ll be the first time they’ve played in a finals game. The Thirds join the Seniors and Reserves in Finals action this year – another first for the club.

The team features plenty of experience and youngsters and is sprinkled with some familiar faces. Captain Adam Power is one of the more experienced players and will be looking to add to his 27 goals on Saturday. 57 players have lined up in the thirds in 2018 and it has been great to see many of the players stepping up their training and preparation to push for selection. The team will be announced by coach Andrew McGregor Thursday evening following training at the Boss.

The Rovers have been thereabouts all year however a couple of disappointing results meant the side finished fourth on the ladder, albeit just two points off second and three games clear of fifth. The Rovers finished the home and away season with nine wins, one draw and five losses (plus one forfeit).

When the two teams met earlier in the season, the Rovers ran out comfortable 34-point winners at Boss James Reserve. Saturday’s winner will take on the loser of Monash Blues & Kew in the Preliminary Final.

Saturday’s Semi Final against Uni High School / Vic Uni commences at 10am at Brens Oval at Royal Park (MacArthur Rd, Parkville) – view map. Get along and cheer the boys on! There is expected to be a lot of traffic in the area so give yourself plenty of time and share a ride to the ground.