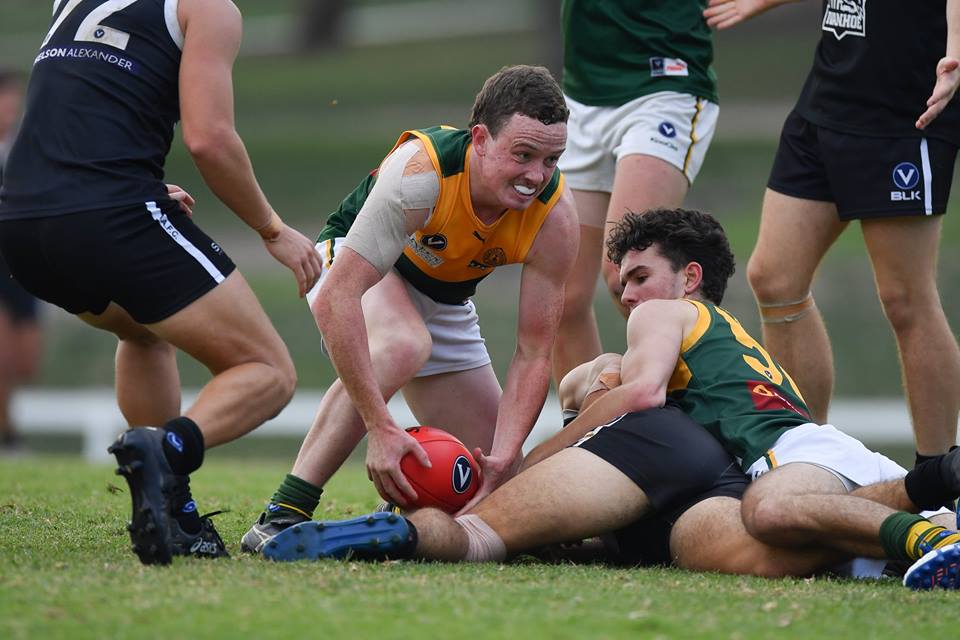 Hampton Rovers play host to a rampant Oakleigh Krushers side at Boss James Reserve in Round 15 of the 2018 VAFA season.

The Rovers will be determined to fend off an in-form Krushers side who have won 7 consecutive games, largely thanks to 76 goals from power forward, Aaron Cloke. The Rovers have some impressive form of their own, sitting atop the Division 1 ladder with just 3 losses and with a sleuth of returning stars, are keen to cement a finals birth with 4 rounds to go.

The two teams last met in Round 7, with the Rovers running out eventual 32 point victors to a strong Oakleigh outfit. This time around it may prove to be a much closer affair. Kick off is at 2pm.

In the Reserves, the equal 1st placed Rovers will seek to cement their place in September, while the Krushers will look to sneak their way into the top 4. The last time these two played, the Rovers had a commanding 10 goal victory. Kick off is at 11:40am.

All friends and family of the football club are invited to attend our home game luncheon to celebrate those involved in the club during the 1970’s.

The Senior Women are set to take on the 2nd placed Beaumaris at Banksia Reserve at 4:45pm. This will mark the Rovers last game of the season, as the ladies unfortunately did not make finals. Having said this, a spirited Rovers outfit will look to atone for a season of indifference with a solid showing against the Sharks.

The Thirds shall look to continue their rise into September with a tantalising contest against the 7th placed Old Paradians at Parade College. A win would see the 4th placed Rovers all but lock up a finals appearance due to the vast gap between their lesser opponents. It looks to be a great day for the ‘Thirsty’ Thirds, who will be enjoying the fruits of a potential win with a team bus ride back from Bundoora.

The Under 19’s travel down North Road to take on Ormond at E.E Gunn Reserve. While the Rovers may be out of finals contention, they sure can rattle some feathers by dismantling Ormond on their home deck. The Under 19’s take on the Monders at 11am.

The club would like to formally acknowledge the services of the following players who achieve significant milestones with the club this weekend:

Finally, the Hampton Rovers Football Club would like to officially congratulate former player, Will Walker, on his impending debut with the North Melbourne Football Club this weekend. Will is an excellent person with outstanding football smarts and a big game sense. Goodluck Will.