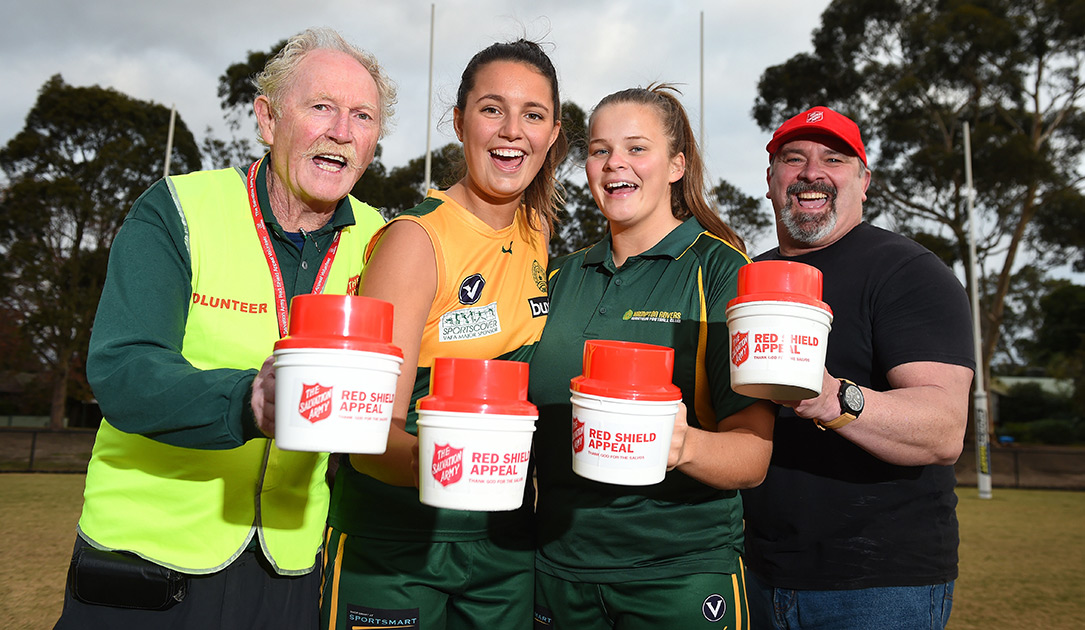 A month ago, the Hampton Rovers Football Club participated in the Red Shield Appeal for the 19th year running, helping raise around $8,000, bringing the total to $188,000 since 2000.

Last weekend, the club received national exposure through an article in the AFL Record. Here’s the article written by AFL.com.au’s Ashley Browne.

A verbal clip over the ear from a former mayor of Sandringham was the catalyst for one of grassroots football’s great charity involvements.

Back in 2000, Bill ‘Choc’ Mirabito was the coach of the Hampton Rovers under-9s team and he confronted the then Sandringham (now Bayside) Council over plans to significantly increase the ground rental fee at their home ground, the Boss James Reserve.

Mirabito was challenged by councillors, who asked him what his club did for the community. When he said it helped keep hundreds of local children off the street on weekends by playing footy,  councillors prodded him further.

“They told me the Salvation Army was desperate for door-knockers, so I told them we’d have 150 kids at their disposal,” Mirabito told the AFL Record.

Within a fortnight the Rovers had raised $7000 for the Salvos’ annual Red Shield Appeal and within a year it became “the law”, as Mirabito said, for the club to support the appeal.

“This became our commitment to community service.”

“It’s good to see the young kids coming back with smiles on their faces comparing how much they raised,” Mirabito said.

“We’re teaching the kids to give to less fortunate people than themselves and give of their time for the Salvos.