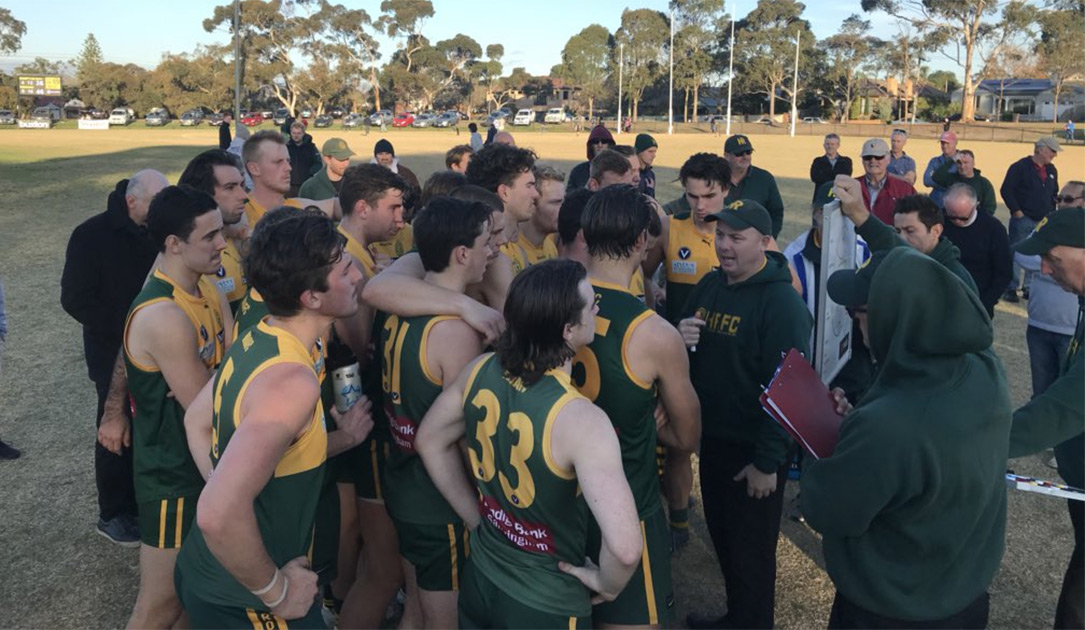 We’re at the halfway point of the 2018 season sitting on top (equal with Ormond) with seven wins, a draw and a loss.  I suppose importantly, the loss and the draw were with the teams sitting just below us on the ladder.

Some amazing wins in that first half of the season (three with winning margins of over 130 points). To be sitting on top after Round 5 with a percentage of 427% made up for some wallopings we copped over the past couple of years!

In line with the Mike Sheahan Top 50 players, I’ve carried out a survey of coaches, supporters, players and have come up with players who have impressed in 2018.  This is not to say that they all haven’t in particular games, but a line has to be drawn.  After all, 34 players have had a game in the seniors so far this year!

Josh Pavlou – training attitude, ability to defend and work rate
Josh McPherson – scoring power, particularly inside 10m
Christian Carnovale – ability to compete and win the ball
Richard Atkins – down back, in the midfield or forward, has an influence all over the ground

Josh Pavlou – attitude, starting to know his game (strengths/weaknesses)
Harry Crisp – does the simple things well
Ben Kneebush – has trained hard and has worked on his kicking and decision making

Luke Deville – reading of the game and marking prior to injury were sensational
Josh Broadley – has come out of nowhere, his ability to run and win his own ball and keep jumping has been amazing
Ryan Fogarty – wanted the responsibility in the midfield and has worked hard at his game. He just needs to learn to lead less with his head!

Who in the Ressies and U19s have impressed?

I asked the coach how were we going to overcome the teams that appear to be our main rivals in 2018.  While guarded, Quonny thought that the Preston game was the loss that we had to have.  A depleted line up

“many changes from what had been a very settled back six and they just caught us off guard” he said.

“They played all over us yet were unable to put the score on the board” he replied when asked about the final margin.

“The Ormond game was a puzzle. We match up against them well but on the day with no Carny, no Rich Atkins, a makeshift backline we just didn’t take the opportunities presented.  He particularly mentioned the last quarter where we dominated yet failed to trouble the scoreboard, sneaking in for a lucky draw.

The second half will be interesting.  Like all Ammo teams, we have a few players heading for warmer climates for varying periods in the second half – an opportunity for the ressies and U19s to step up.  Could be some coaching challenges for Quonny, John Cesario and Trent Pitts and not to forget Peter Clements on the board!

The Seniors take on Kew away after the break and our next home game is June 23, lunch is on and it is the 1998 Premiership Reunion.