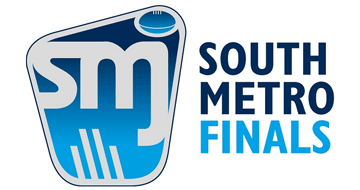 The Hampton Rovers will have two junior teams participating in SMJFL Grand Finals next weekend with the U15s joining the rampaging U17s.

Two teams were in action on Sunday with the U14s and U15s playing in their respective preliminary finals.

Stuart Murrays U15 division 2 team responded from last weeks loss to defeat St Bedes Mentone 8.9 (57) to 4.6 (30). Four goals to none in the first quarter would have had the Rovers dreaming of next week, but the Tigers hit back quickly to draw within six points at the main break. From there though, Hampton put the foot down… Hamish Brayshaw, Jack Nichols and Jackson Noske all booted two goals as the Rovers closed it out by 27 points. They progress to this Sundays Grand Final to face Mordialloc-Braeside, who defeated the Rovers in the semi final.

The U14 division 1 side, coached by Matt Larkworthy, lost to Beaumaris Sharks for the third time this season, going down 5.8 (38) to 10.9 (69) which brings their finals campaign to an end. A withering five-goals-to-one second term setting the Sharks up for a spot in the decider.

The U17 division 1 team, who are a merged side with East Brighton and coached by Chris Toouli and Michael Deluca, had this week off after accounting for Ormond last week in the semi final and will go in as favourites in the showpiece SMJFL Grand Final this Sunday against Caulfield.

The club encourages all members and supporters to get along and show their support for the two grand finalists.