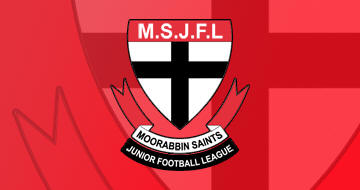 The Hampton Rovers AFC Board of Management and Junior Committee wishes to clarify the situation in relation to this issue and dispel any rumours.

In summary the report recommended that the AFL Victoria facilitate merger discussions between the SFL & the MSJFL with the aim of the two leagues merging. (to see a full copy of the report, click here)

Our club felt that the report and proposal was focused on both the leagues administration and nothing else. It gave little or no consideration to any impact on the junior clubs themselves and more importantly junior football and the kids who participate. The report recommended the merger as a means of improving the administration, citing many benefits. None of the benefits were substantiated, nor did the proposed approach address the core issues raised by the MSJFL clubs in the consultation process.

As a Victorian Amateur Football Association (VAFA) aligned club, we also had concerns, if this proposal was adopted, that could have had potential impacts on our Club.

The MSJFL is a strong and viable organisation. It is financially sound and continues to grow. Hampton Rovers Amateur Football Clubs desire is to have a strong well run and administered competition focused on junior football. We felt that this was not addressed in this report. We therefore opposed the proposal and voted against it.

On the 11th November a meeting of all MSJFL clubs was conducted and the proposal was voted on and rejected.

The process did in fact bring to the fore the realisation that there are some deficiencies within the organisation of the MSJFL, particularly in the areas of modernisation of governance and administration.  The MSJFL is acting on the review findings and a sub-committee has been formed (which our club is a part of) to look at the future development of the MSJFL and its administration. This Future Directions Sub-Committee has already met and work is underway to look at the longer-term future of the league and is charged with the responsibility of creating a strategic and business plan for the ongoing development and future success of the MSJFL.

We hope this answers any questions or concerns that may have arisen, however if you wish to discuss this please feel free to contact Paul Pavlou: paul.pavlou@idea.net.au