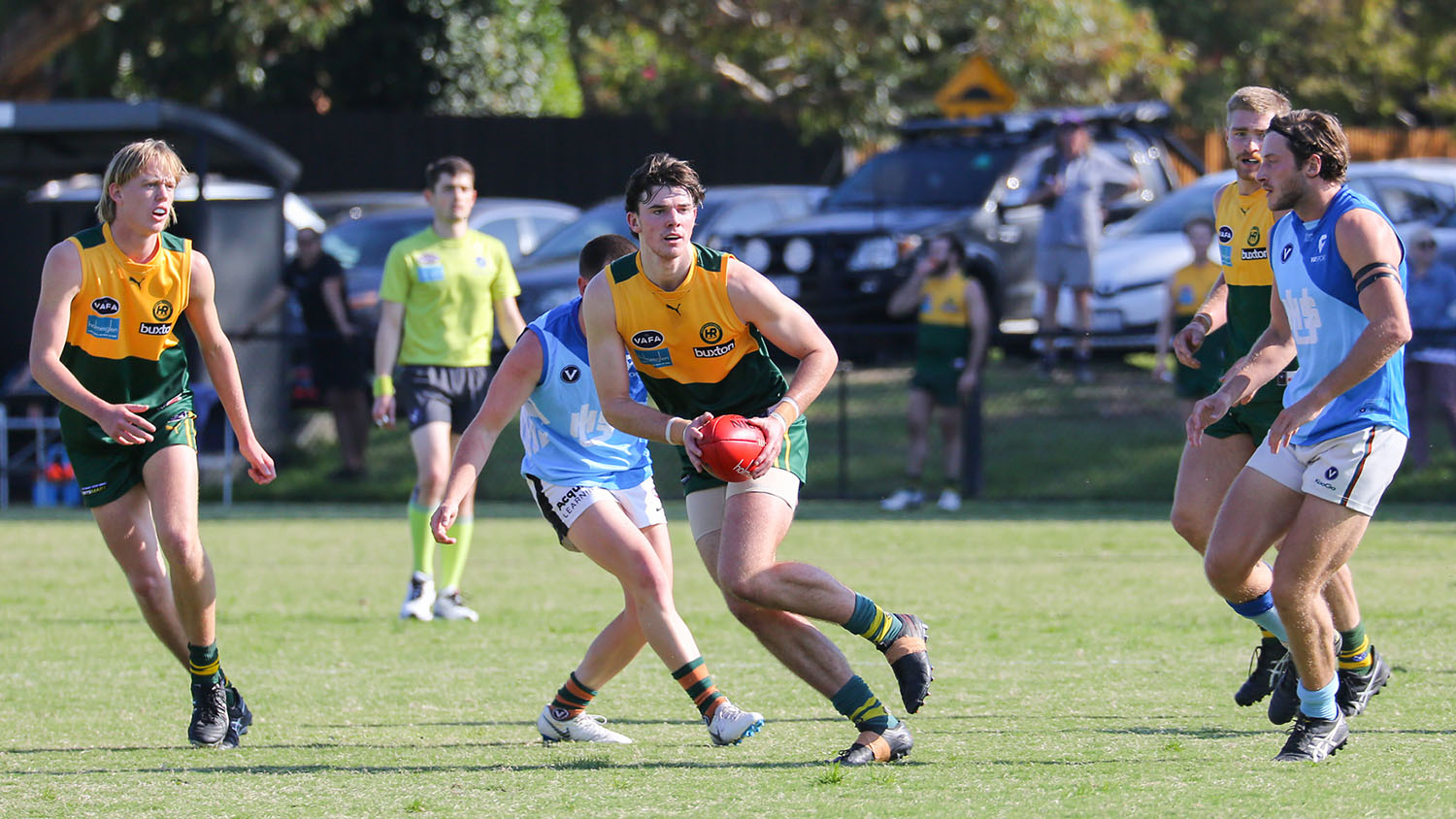 The Rovers Senior Men showed no mercy on Saturday, downing bottom-placed UHS-VU by 137 points in what was a big day for the club at Boss James Reserve.

Part of a triple-header in which all three teams recorded significant wins, an on-ground ANZAC ceremony took place on the ground prior to the seniors game, while the ANZAC luncheon help prior was also well attended. The day ended with the Senior Women holding their opposition scoreless under lights, wrapping up a successful day for the Rovers in which all five senior sides won.

By quarter time, the Rovers had put 8 goals on the scoreboard. Jacob Gray, back after a week out, was dominant snagging 3 for the quarter and ably backed up by Ned Gray (no relation) with two and singles to Corpy, Ben Marron and Clemo. UHS kicked one goal late in the term but the Rovers had total control and the ball movement from the last line of defence to the forwards was impressive.

The second quarter started with a flurry of action from the UHS boys, but they struggled to put it on the scoreboard, with the defence led by Max Van Der Straaten, Ben Traeger-Haig and Oscar Roberts. The highlight of the quarter was without doubt awarded to Cam Morris who not just crashed the pack but smashed it, picked up the loose ball and shot out a bullet of a handball to Lachie Cairns who kicked truly.  Of course, the skipper not to be outdone took a strong mark in the last minute to goal on the siren.  Tails were up at the half time break and the coach urged his charges not to let up.

Another 8 goal quarter followed with the whole team joining in on the onslaught. Carnovale’s second goal came from a string of 5 passes starting with Traegs at half back and ending with a mark in the square by the skipper.  With Clemo needing a break, Liam O’Driscoll shared the rucking duties with Cam Morris and the machine just kept hitting the scoreboard. Max Coughlin, dominant on his wing, just kept running the lanes and the opposition just couldn’t keep up.  Ben Marron continues his good run of form and his goal from the laceout pass from Ned Gray was a ripper.  With Ant Folino, Lachie Cairns and the other mids winning the ball from the centre, the forwards were having a day out.

One hundred points up at the final break and the boys could be forgiven for falling away in the final quarter.  They didn’t and banged on another seven goals to one to seal a great victory.  The precision in the ball movement of the Rovers was a delight to see and with the backs on top the number of goals scored by great teamwork down the ground was amazing. The boys were sharing it around with 6 players kicking the seven goals for the quarter.

Next week, it’s a first v second game when we head out to Monash to take on last year’s minor premiers.  It should be a cracker of a match with both teams coming off big victories. If you can’t get along to Monash University in Clayton, the match will be live streamed on VAFATV.

Other results from around the grounds.