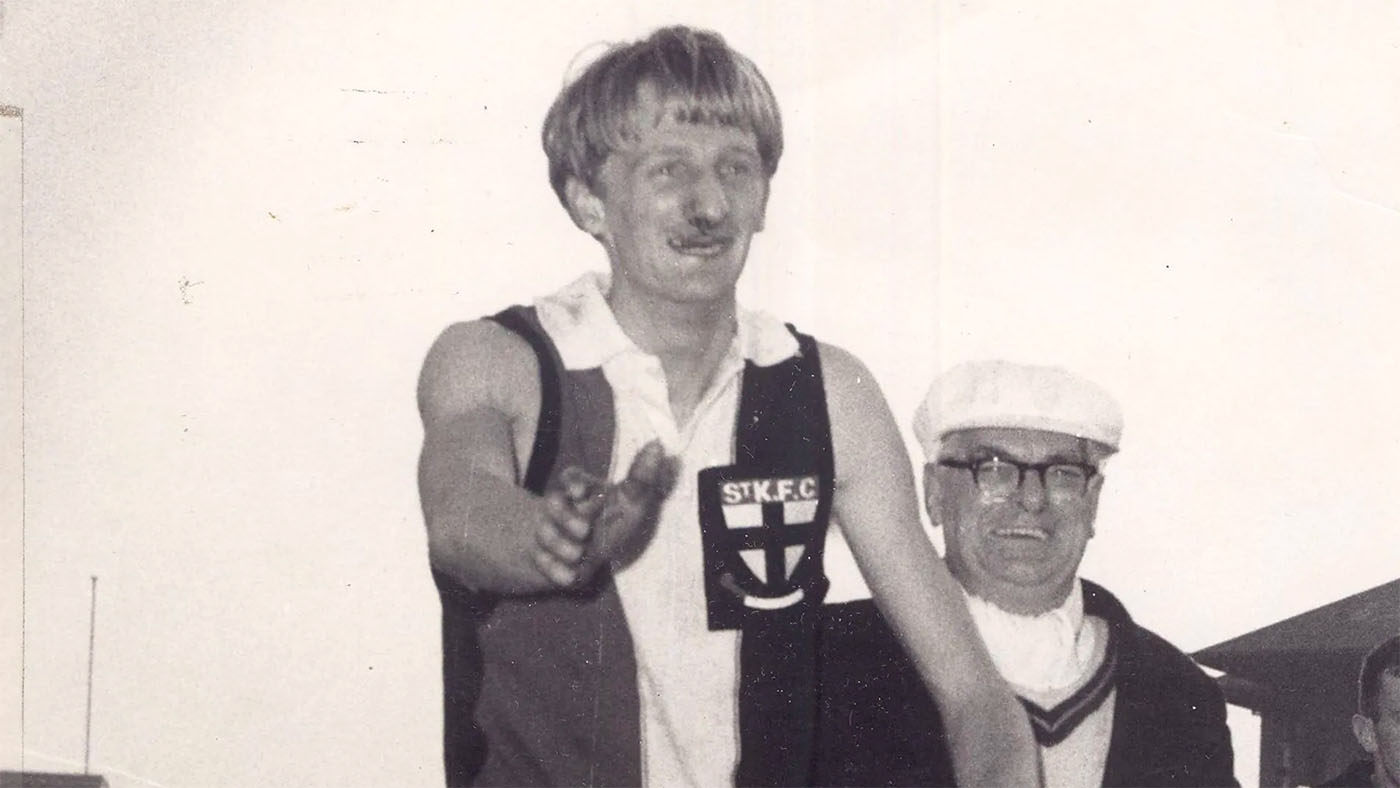 Ian “Humper” Cooper passed away on December 14th following a long, brave fight with cancer. He was 75 years old.

Below is an obituary from Ian’s brother-in-law, Don Scarlett.

Ian Humper Cooper coached the Hampton Rovers senior team in 1980 and 1981. After quite a long and frustrating effort to get the Victorian Amateur Football Association to reinstate a special amateur status for players who had gone to VFL/AFL to come back to play local football, we eventually had success and appointed Ian as our Senior Playing Coach.

He immediately had an impact on the players, taking a no nonsense approach to his coaching, demanding maximum effort from every player, failure was not an option in his book.

The players all stood a bit higher when they saw Humper go to full forward, he became a target for opposition back line players and if he thought he was in for an easy run playing Amateur football, that just did not happen, but with his determination, ability and his outstanding skills, he put many a full back to the sword.

His addresses to the players at times got a bit HOT, he didn’t suffer a lack of effort and let the players know that, but the same man had the ability to inspire the players and inject a bit of humour into his speeches when that was what was required.

Ian had a great personality and a sense of humour, he always got quite close to your face when he spoke to you, sort of demanding your full attention. His favourite subjects were Footy and Cricket and he loved to talk about his beloved Saints and it was obvious his St Kilda coach Alan Jeans had a huge impact on his football thinking.

During his battle with cancer, two Saints players from the 1966 Grand Final winning side were constant visitors, Kevin Billings and Ross Smith, this showed the respect he is held in at the Saints.

I am proud to be Ian’s brother-in-law and was president of our club in the years he coached. He was a great Family man, loved a chat with anyone who would listen had a wonderful sense of humour and once you became his mate, it was for life.

The Hampton Rovers Football Club sends its condolences to Ian’s immediate family – Jill, Sarah, Kathryn and Joanne and to the broader Cooper family.