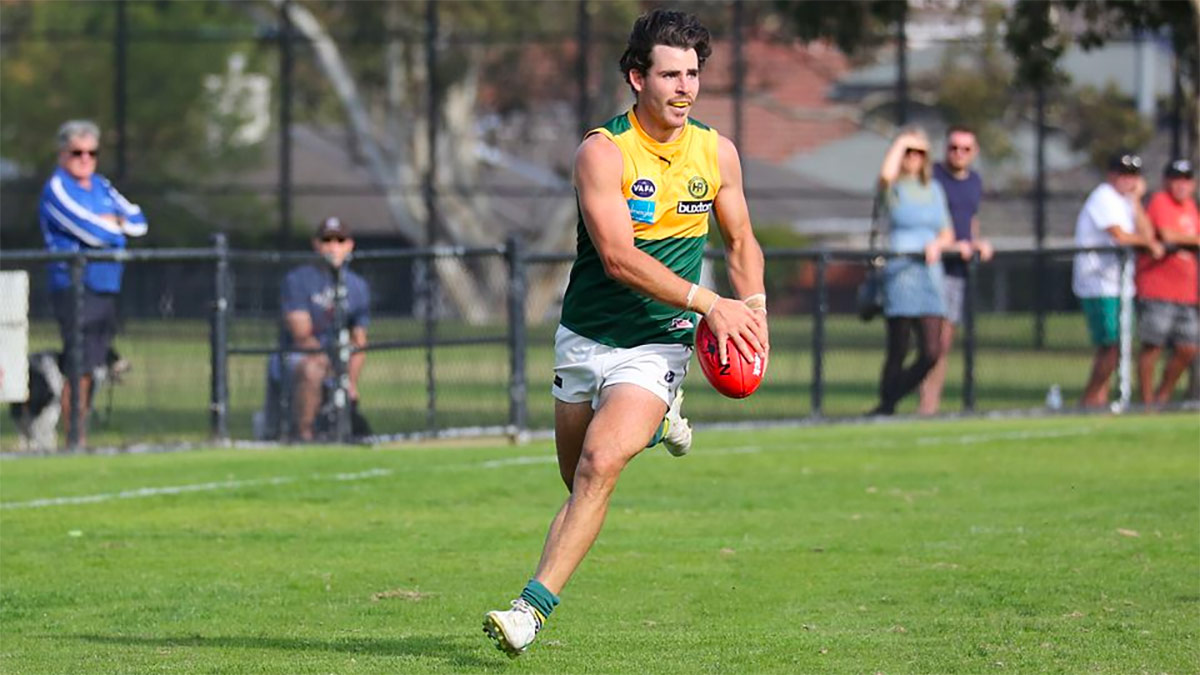 Lockdown restrictions forced Presentation Night online for the first time, with the votes read out and awards announced for all five senior teams. It was well received, with a big audience tuning in via Facebook, Zoom and the Rovers website to hear from the coaches and President.

If you missed the live stream, you can re-watch it on Facebook here >

The club plans to have a get-together of some description when restrictions ease and allow us to do so, giving us the opportunity to present all award winners with their trophies.

Carny had another impressive season for the Rovers, in what was a reduced 11-game season, finishing on 100 votes, 27 ahead of Chris Perkins, with Harrison McIntyre third. It’s Christian’s third Bob Cave Medal in four seasons (excluding the 2020 cancelled season).

“I’m stoked to have this award from this great club,” he said when interviewed by senior coach Anthony Quon.

“Hampton Rovers has been my home, both literally and socially. I’ve loved being here and I’m privileged to be part of this group.”

“To the leaders and the players, this year was the most excited I’ve been to play in a long time. The excitement we had in the pre-season… that got me up and about.” He spoke about his excitement for the Rovers prospects in 2022 and another season of buying in. You can hear his full interview towards the end of the Facebook stream.

Corey Jones took out the Dom Devola Medal for the Reserves B&F, with Tate Gramaconi winning the B&F for the Thirds. The Sue Anderson Medal for the Senior Women’s B&F went to Bianca Lenarcic and in the Under 19’s, Ben Marron claimed the McGregor Medal. See a full list of award winners below.

Senior President Gary Nash spoke and thanked everyone for their support of the club throughout a challenging 2020 and 2021. He also had the pleasure of awarding the Best Clubman award, this year presented to Stan Oldfield and Sean Crisp – two people who’ve helped tremendously around the club this year.

Life Membership: To be announced at/prior to AGM on Nov 22