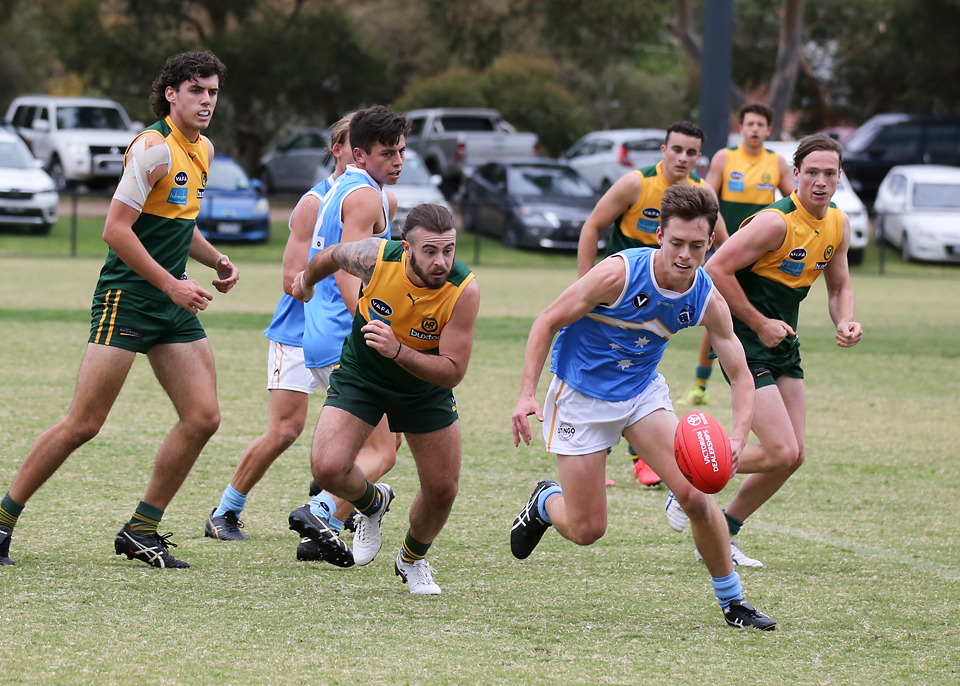 It’s a big test for the Rovers on Saturday, taking on the undefeated ladder-leaders Monash Blues on their turf, as crowds are permitted back at the footy this weekend.

It was a disappointing return to action last week with the seniors going down to Mazenod and the boys will be looking to regain their early-season form against the flag favourites on Saturday. Multiple changes to the team this week with some important players returning to the line-up. Last time the two teams met, it was Monash’s closest defeat this season, with a fast-finishing Rovers going down by just four points at the Boss.

The action gets underway at 2:00pm with the Reserves at 11:40am at Frearson Oval, Monash University, Clayton. After last week’s return to play with no spectators, crowds are permitted to attend this week following the easing of covid restrictions. Live scores of the seniors game will be available here and updates on the club’s social media accounts.

The Senior Women’s team travel to Albert Park again this week, taking on Power House at Ross Gregory Oval starting at 9:20am.

It’s a double-header at Boss James Reserve, with the Thirds first up against UHS-VU at 11:40am, followed by the Under 19s v St Bernards at 2:00pm.

Don’t forget, Sunday-week it’s the Hampton Rovers $2K Day, our major fundraising function of the year. We’re inviting the entire Rovers community to help the club out and get behind this one. We urge all players – past & present – members and supporters to purchase a ticket for just $50, which includes lunch, drinks, entertainment, and a chance to win $2,000. Find out more information and buy a ticket or two online here >