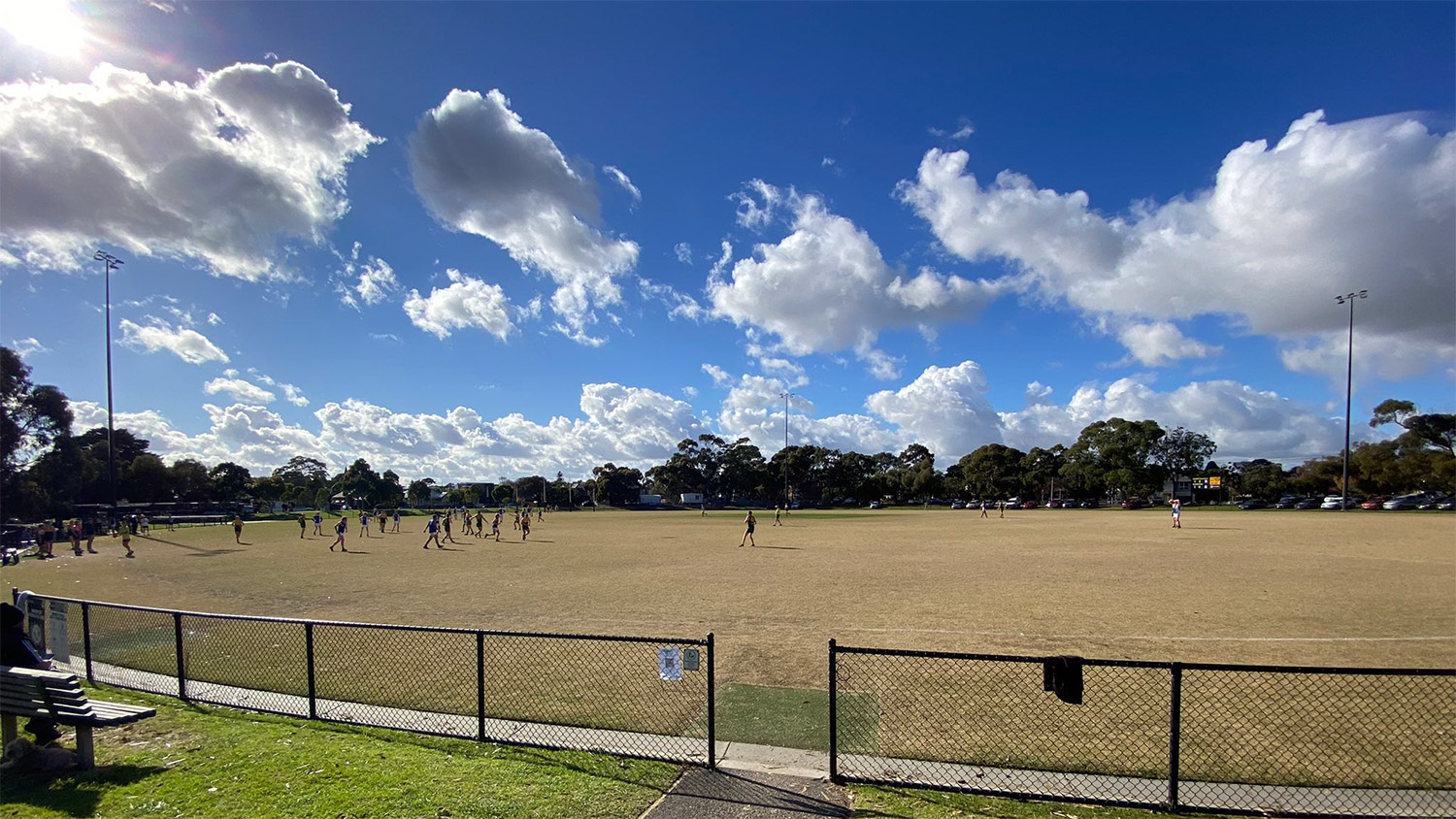 So we get to play Mazenod again but this time on our turf. Seems like only a couple of weeks ago where Mazenod had the win by 24 points but more tellingly they had 28 scoring shots to Rovers 14. Mazenod were comfortable favourites for today’s clash.

Within a minute of the game starting Mazenod had the ball forward from the centre bounce and a goal on the board via snap shot deep in the forward pocket. It didn’t look good! But then the Rovers started to apply extreme pressure locking down Mazenod’s hand ball clearance and hence their outside run which killed us last time. The tackling really caught Mazenod by surprise and they had trouble getting it back into their forward line. When it did the Rovers back six were rock solid, led by Van Der Straaten at CHB and Jewell at the last line.

The midfielders led by Ebbott and Deighton started to get the clearances and the Rovers then had most of the play in their forward line. It was pretty congested though and hence it was hard for the forwards to get a clear lead and if they did the passes often missed.  But by sheer time spent in the Rovers forward line eventually the scores started to come. Only Christian Henry had the kicking boots on when he goaled from 40m out after taking a mark directly out front. There were several shots on goal – mostly deep from the pocket but Rovers were only able to score 3 points and a couple of out of bounds.

I thought Dillon and Clarke showed some nice flashy touches and daring run during the term. Pav was an interesting experiment playing as a mid and he was certainly using his strength to clear some paths and have a few of the opposition thinking twice about risk and reward.

But at Qtr time I was a bit disappointed we didn’t manage more scoring shots when we had 70% of the play. Credit to the mids and backs preventing Mazenod scoring in the quarter after the first minute

In the second, kicking with the aid of a slight breeze Mazenod started to get the ball back on even terms. Unfortunately for us they were also able to capitalise with better efficiency and cleaner delivery into their forward line where they were able to kick 3goals 2 behinds while the Rovers managed 1goal 2 behinds. The sole goal coming thru Gags who was on the end of a good pass from I think Garrow (?) who had been the recipient of a good tackle and free. Ballard was excellent across half back and Woolston was very lively for the Rovers.

The ball was still hotly contested and both sides had equal time in control of the ball – Mazenod just that little bit better with the kicking to the forwards and at the goals when they had their chances.

The 3rd quarter was all Rovers for the first 10 minutes. Great play started from Donald at half back and ended with a neat kick to Murnane who converted a goal from a set shot. But somehow we just couldn’t make the most of it. More gettable missed shots at gaol, a few misdirected kicks landing in the Mazenods defenders arms and the scoreboard wasn’t ticking over. Then suddenly it was Mazenods turn after the 10 minutes of play and they banged through 2 goals in 2 minutes with only 2 entries.

The remainder of the quarter was even with neither side dominating. I thought Dartnell and McIntyre were good in the ruck holding their own. Bowditch was playing well and Van Der Straaten continued his domination across half back.

The game was there to be won by either side. Rovers started well with a goal snap to Garrow – with came about by great pressure from Hug & Murnane to force a turnover to Henry who passed to Garrow. This brought the lead back to 7 points and a sniff. Rovers were a little unfortunate when an “in the back” was paid to Mazenod in the centre. The only such free for the day when people had been continually smashed in the back. The free then directly lead to a goal which I felt took away some of our momentum. The contest continued to be pretty even but Mazenod also continued to be more accurate by foot in both delivery deep in their forward line and shots on goal to kick 2 more goals mid term to effectively ice the game. Rovers answered with 2 more late in the game – Bottomley courtesy a mark in the forward pocket and Gallagher goal off the ground in the goal square.

Overall the Rovers had as much of the ball but just couldn’t quite convert opportunities to the forwards or shots on goal. There were plenty of passages of play that were great to watch. The team is really starting to play better as a team and several times we were able to link up and get the ball from back to deep forward without the opposition getting close. It was definitely a better performance than the last meeting. Total scoring shots this time equal but not getting the chocolates. But at least the effort was there.