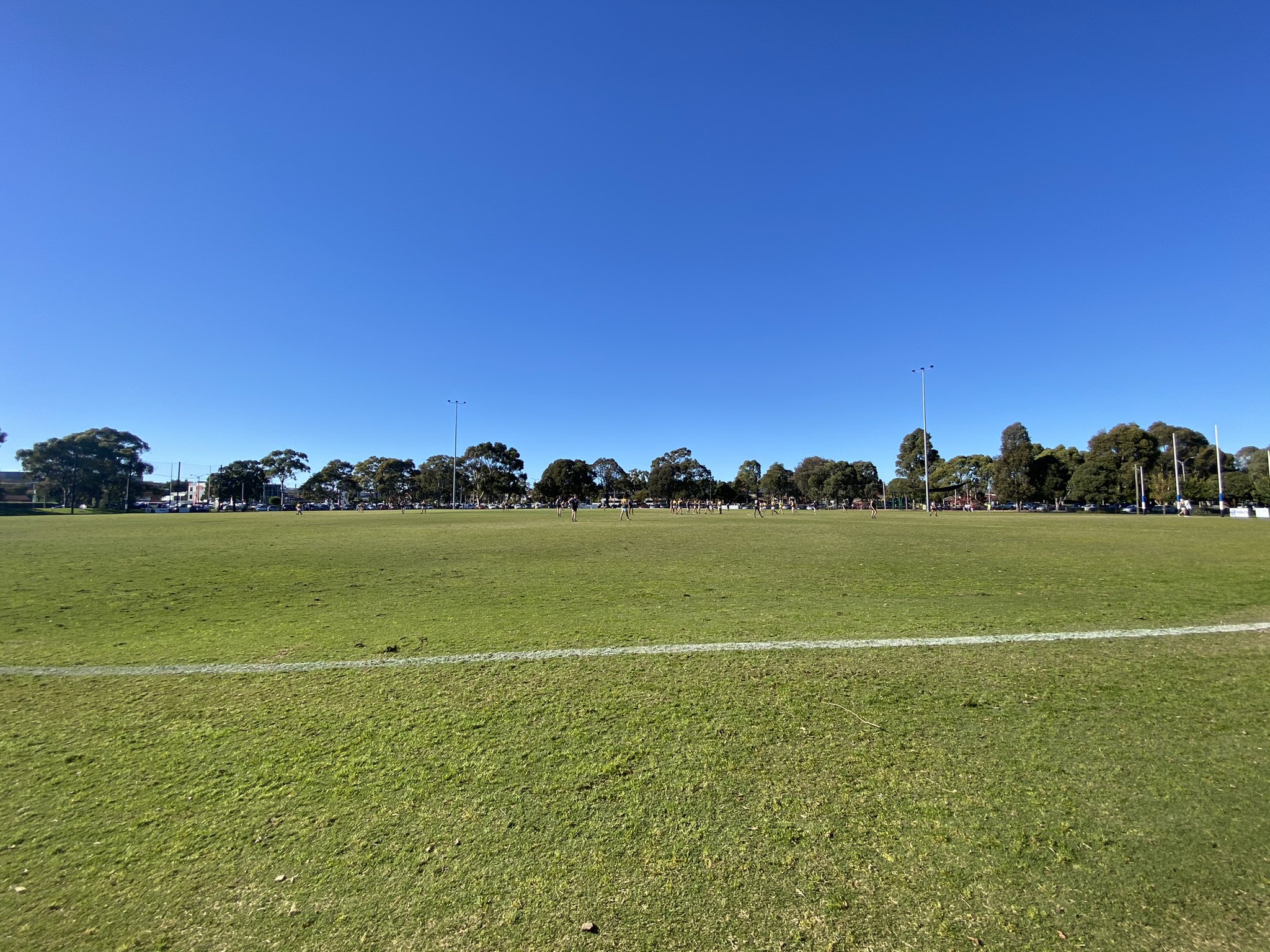 Unlike last week this match was a hard one to tip – both sides mid ladder so in many ways a real 8 point result on the cards for the winner. On paper the Rovers looked pretty strong with many players having senior experience.

Conditions were very good with Mazenod Old Boys (MOB) kicking to the end with a 2 goal breeze. MOB were on top early with repeated forward entries but the Rovers backs, led by Van Der Straaten imposing himself, held firm restricting MOB to a couple of points. Against play the Rovers got it forward where Murnane received a good pass and marked and converted with a set shot to give the Rovers the early lead. At the 15 minute mark MOB finally managed a major to take back the lead. The contested ball was really hot with both sides very good in their tackles. Hugg, Woolston and Deighton were very good for the quarter for the Rovers.

Unfortunately MOB were able to construct a good goal from a boundary throw in with seconds remaining on the clock to take a modest lead at the ¼ time break. Given they had the breeze it was, I thought, a pretty even quarter.

With the first goal to the Rovers at the start of the second (good forward pressure meant a MOB defender rushed his clearing kick straight to Pavlou who passed well to Gallagher who goaled) it looked like the scoring end would help the Rovers but MOB quickly had it forward from the centre bounce and with a deep kick into the goal square it saw a free MOB forward score a goal off the ground when it spilled from a pack. Not quite what we wanted.

But in a somewhat uncanny mirror image the Rovers had their second for the quarter when MOB spilled a mark in the goal square and Woolston kicked one off the ground. It was pretty much goal for goal.

MOB kicked their second with great team play from a behind, kicking and passing to each other all the way around the boundary to the goal square without the ball hitting the ground. HR Play of the day happened soon after in front of the crowd when Dartnell ruck tapped straight to Hugg who passed brilliantly to a leading Woolston who kicked his second for the day.   MOB answered with two more goals with superior teamwork getting the ball quickly into an open forward line.

I thought Murnane was good for the Rovers across half back and Hodge was getting plenty of the contested balls. A reasonably close quarter but MOB was getting better results from superior team work and very efficient goal scoring from fewer forward entries.

Kicking against the wind the Rovers went defensive throwing Jones loose into the backline and using the dead pocket to clear from defence. And it worked somewhat but did limit scoring options for the Rovers as it made it hard to get it forward into clear space. The umps put away the whistle and a few players were dumped after getting rid of the ball and it did threaten to get out of control as player frustration rose. Hodgy was again on fire with his in and under attack.

MOB scoring the only goal at the 19 minute mark but had a few chances scoring 7 behinds because of the packed defence and good backline pressure.

The last quarter was all out attack by HR. Unfortunately, options were limited as 3 players were injured on the bench and the 4th only half fit so needed to be clinical. It all started well with a goal to Jones within 2 minutes. Unfortunately, MOB replied with a quick one. Rovers kept attacking and Hodge combined with Hugg to spear pass to Jones who goaled. Shortly after Murnane honoured the Jones lead and another goal resulted. We were just getting our hopes up when MOB spoiled the party by combining well for a run stopping goal. With time running out great individual efforts by Murnane reading the ball off the pack goaled and then Bowditch kicked a long torp goal from 50m out to keep a sniff of victory. But spoil sports MOB kicked another to snuff out any remaining chance as the Rovers legs were giving out to fatigue with no interchange bench left.