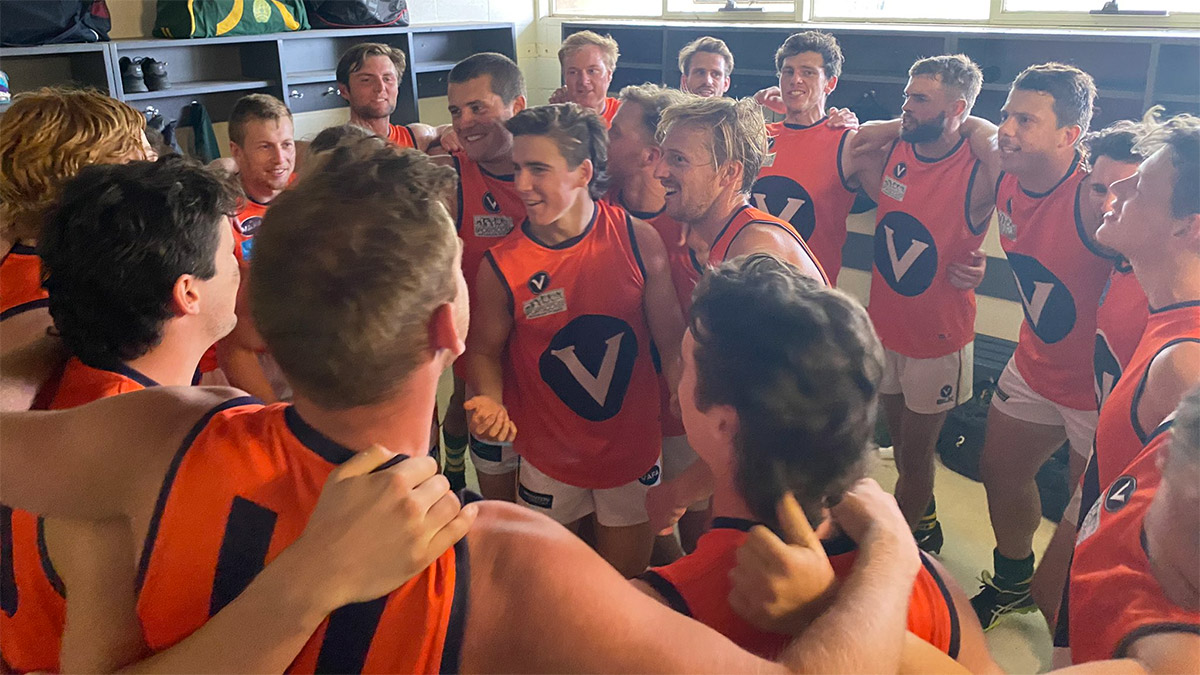 So round 2 is upon us. The Ressie team had a week to lick the wounds and regroup and take on UHS/VU. With a handful of players called up to the seniors a few new faces lined up this week.

The first quarter was really a dog fight with both sides failing to get effective clearances thereby leading to congested play. Most times the ball was found hugging the boundary line and this led to plenty of ball ups/throw ins but then neither side getting quick entries into their forward lines. The corridor was really very rarely used and when the ball did go forward it was slow and there was very little room for the forwards to lead into. Hence it was a game where the ball moved back and forward but no one really threatened to open up the game. The only goal for the quarter was to the Rovers. Garrow the recipient of a free kick at CHF kicked a long shot for a goal. Credit to the Rovers backline who kept UHS scoreless. Great defence by HR – well lead by Pav on the last line of defence.

The second was not too dissimilar where congested play around the wings led to slow ball movement into the forward lines. This meant a lot of players competing for the ball in a small space. While the Rovers had repeat forward entries the shots on goal were nearly all snap shots under pressure, leading to several points being scored. Towards the end of the quarter Hugo Twigg (who had been competing hard all day) was finally rewarded with a goal after a strong contested mark. Jacko then followed suit for his first of the day near the bell. Ragdo was good and McCartney was looking dangerous with his pace.

The 3rd as they say is the premiership quarter. Maybe UHS were getting a little tired but the game did seem to open up more. Early in the piece CJ collected a contested ball and passed beautifully to Jacko deep forward and the Rovers quickly had the first goal. The Rovers mids started to get better clearances and hence quicker delivery into the forward line. The centre corridor was also starting to be used, Murnane took advantage to burst through the pack at CHF and goaled on the run. Jacko got his third with a good pack mark and then Murnane out did his previous goal with a banana kick from the point post boundary for his second. Garrow was excellent for the quarter and Manning and Stewart also good.

With the game well in their hands the Rovers continued in the same vein. Some of the rust was falling off a couple of the old hands. Scotty Ebbott and Doug Ballard finally getting clean hands and opening up the play. Murnane added 2 more goals, Ballard goaled off the ground and Jacko got his fourth. To UHS’s credit they continued to fight and had a couple of chances for goal in the last quarter but couldn’t pull it off. Huggy was switched to the backline and was actually killing it with repeated clearances. Reminded me of Caleb Daniels without the helmet!