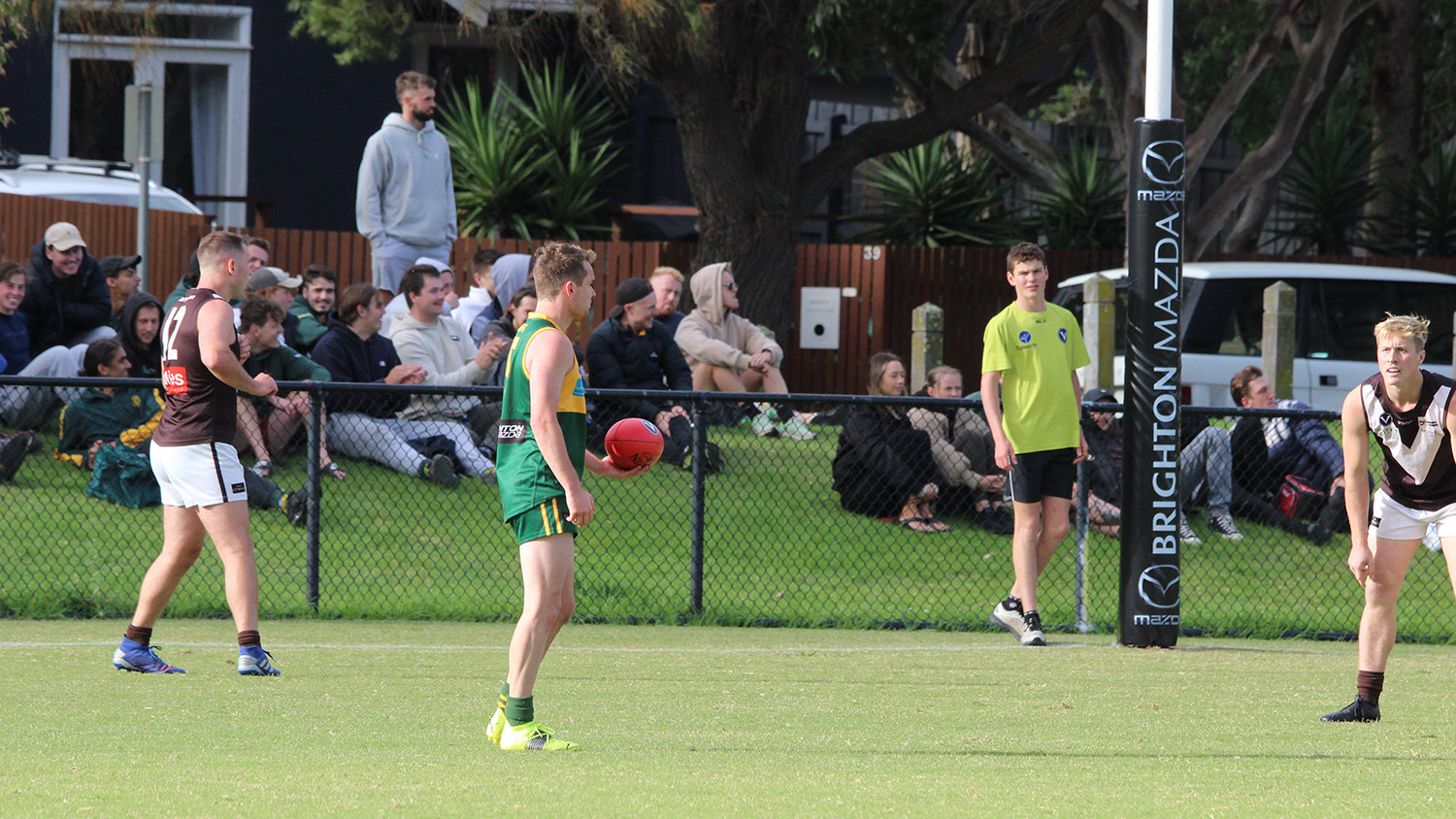 Hampton Rovers travel to Brens Oval at Royal Park on Saturday to face the newly-promoted UHS-VU in round 2 of the Premier C season.

Who is UHS-VU? University High School / Victoria University. 2021 is the first time the club is participating up in Premier C in some years. Located at Brens Oval on MacArthur Road in Royal Park, Parkville, the ‘Vultures’ joined the VAFA league in 1932. With a green and light brown jumper, it means the Rovers will be wearing clash strips on Saturday.

The Rovers will be looking to make it two from two following on from their impressive outing in the opening round. Five forced changes but some big names coming into the side including the return of Ed Turner and a debut for Ryan Leslie.

It’s a triple-header at Royal Park on Saturday with the Rovers Thirds kicking-off at 9:20am, followed by the Reserves at 11:40am, then the Seniors at 2:00pm. Get along to show your support or follow live updates on Rovers Twitter and live VAFA scores of the main game here.

The Under 19s are at home, taking on Parkdale Vultures at Boss James Reserve, commencing at 11:40am, while the Senior Women travel to Bennettswood Reserve to face Emmaus St Leos at 9:20am. Download the Round 2 Amateur Footballer here.

It was another big Thursday selection night at the Boss with big numbers in attendance and fantastic atmosphere. Make sure you get down to the club each Thursday from about 6:30pm to join in the fun.

Some big home game luncheons coming up – next Saturday it’s the ANZAC Day Luncheon and on May 8, the Mother’s Day Luncheon where we’ll be turning pink to support BCNA. Get the details and book on the website. Not to be missed!

We now have 126 paid-up Club Members which is a record for the Rovers! Amazing support, but we’re only getting started. We’re encouraging all supporters and past players to help the club by purchase a 2021 club membership – starting at just $70. View the members list and purchase online here.