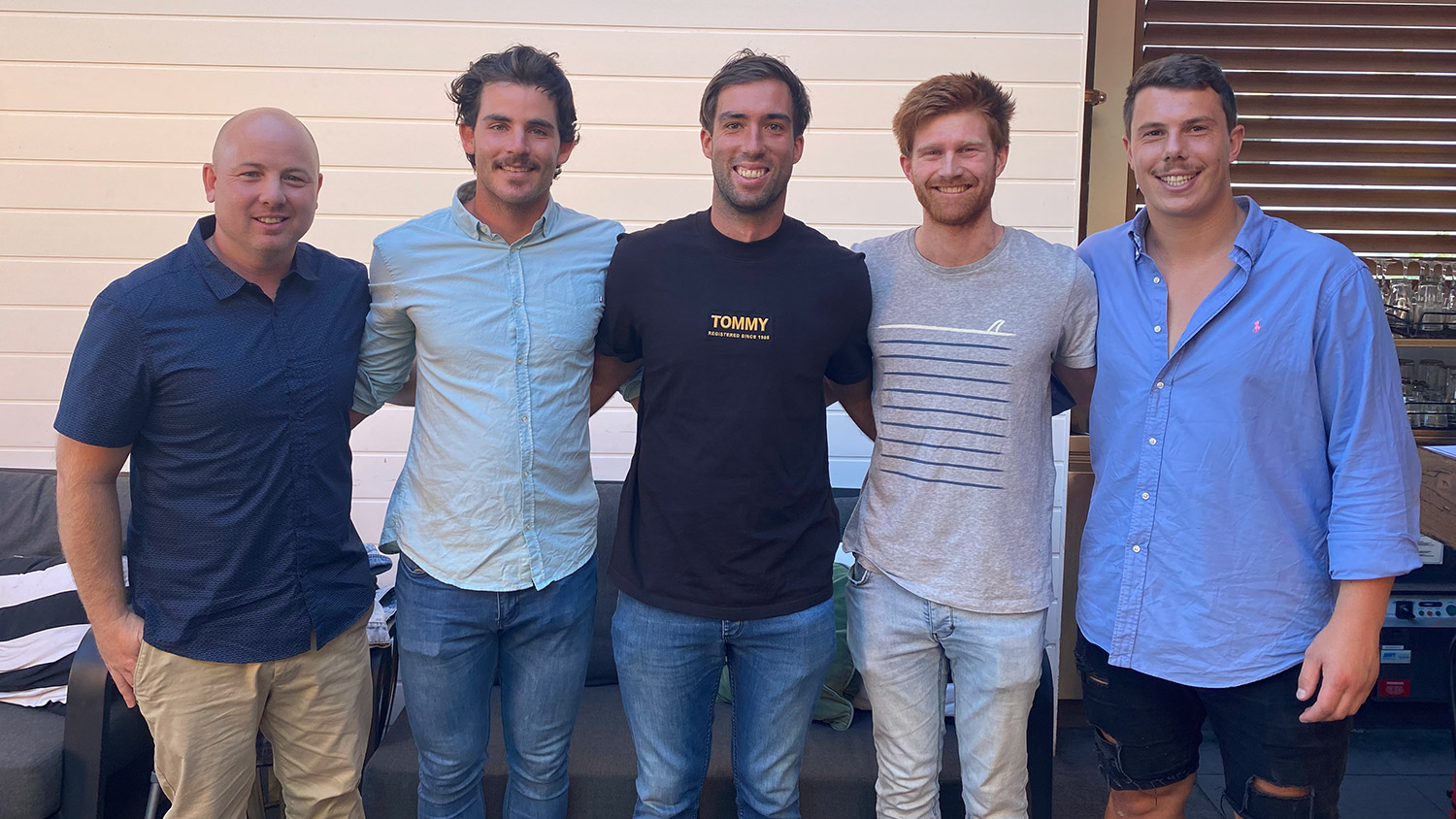 Christian Carnovale was confirmed as 2021 Hampton Rovers captain at Sunday’s Season Launch, which followed more positive results for the club in the final practice games before the new season.

Just over a year since the club was forced to cancel the 2020 season launch, it was great to be back at Hotel Brighton for the first official club function since the 2019 Presentation Night. President Gary Nash and the coaches spoke of a difficult past 12 months and excitement ahead of the new VAFA season.

Seniors coach Anthony Quon announced Christian Carnovale will continue as captain. First appointed in 2017 as the youngest ever captain of the club, initially as co-captain with Adam McNeil, he became the standalone captain in 2019 and is raring to go for a big 2021. Ryan Fogarty, Josh Pavlou and Ben Traeger-Haig were appointed vice-captains.

Bianca Lenarcic, who recently made her VFLW debut for Casey Demons, will continue as captain of the Rovers Senior Women’s team, with Mandy Naylor vice-captain and Haley Gould deputy vice-captain. The team is continuing to build under new coach Corey Randall, who like Sam Clements, was appointed last year but obviously didn’t get the opportunity.

Zac Pirrie is the new coach of the Under 19s in 2021 and he has appointed Liam O’Driscoll as captain with Ben Allan vice-captain. They start their season against Old Xaverians away on April 10.

The Rovers had their final practice games on Saturday prior to the Easter long weekend and the start of the 2021 season, with the Seniors defeating Premier B side Parkdale Vultures 15.15 (105) to 11.3 (69) in another positive performance by the boys. Max Coughlin kicked 6 goals, with 2 each to Josh McPherson, Nathan Smith, Ant Folino & Oscar Roberts.

The Under 19s had a big second half to defeat Parkdale by 31 points in the early game (79 – 49). The Reserves/Thirds took on D4 outfit South Melbourne Districts (their Seniors) at Albert Park and after being down by 2 points at half time, came home strong to win by 30 points. The Senior Women didn’t get a game on the weekend, so they’ll take a 100% record (one win from one game) into the season.

Great performances across the board throughout the pre-season campaign and all bodes well for a positive year for the club as footy makes its long-awaited return. The 2021 season gets underway Saturday-week, April 10, at Boss James Reserve when the Seniors host Old Ivanhoe and we look forward to seeing everyone back at the Boss!

It’ll also be the first Hampton Rovers Home Game Luncheon in about one and a half years, so given that and potential capacity restrictions, demand will be high for what is undoubtedly the best lunch in the Ammo’s. Bookings are now open EXCLUSIVELY for 2021 Club Members – book online here or contact Gary Nash – or sign up as a 2021 member here to get priority access. Lunch bookings for non-members will open on April 6.