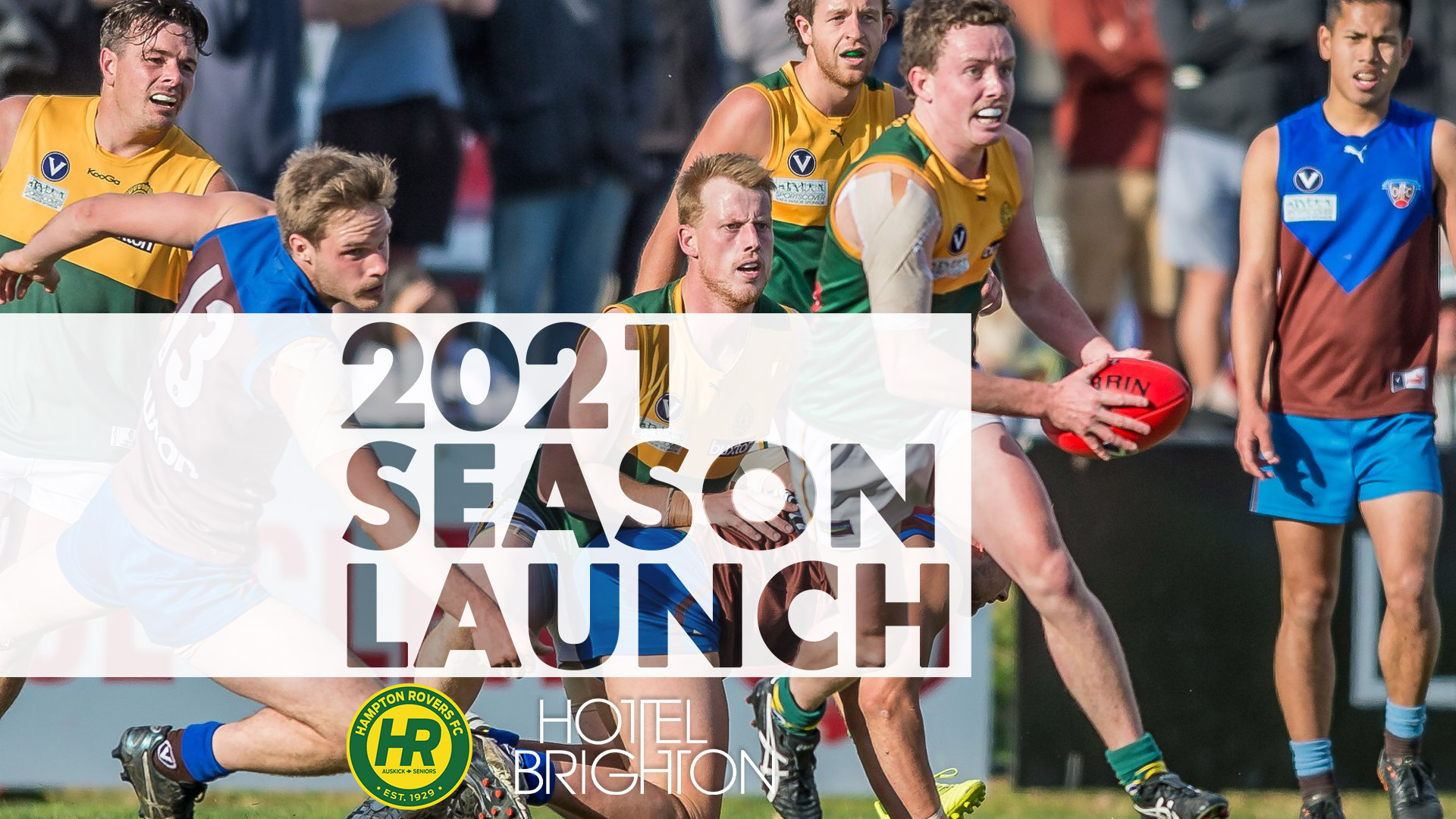 Hampton Rovers take on Parkdale Vultures on Saturday, ahead of the 2021 Rovers Season Launch at Hotel Brighton on Sunday.

Saturday will see the Seniors and Under 19s in action against the Premier B outfit at Gerry Green Reserve on Nepean Highway, Parkdale. U19s starting at 11:00am, followed by the Seniors at 2:00pm, with the Vultures coached by former Rovers coach Owen Lalor.

Due to the Vultures struggling with numbers at present, the Rovers Reserves/Thirds under new coach Sam Clements, will instead take on the South Melbourne Districts FC Seniors (VAFA D4) at Lindsay Hassett Oval, Albert Park, commencing at 11:30am. This will potentially be extended to a six-quarter game given the amount of numbers.

It’s the third and final practice hit-out for the Rovers ahead of the 2021 VAFA season. Last weekend, there was plenty of promise with four wins from four games, with the Seniors, Reserves, U19s and Senior Women all recording victories against the Oakleigh Krushers.

The Rovers will launch the 2021 season on Sunday at Hotel Brighton. Commencing at 4pm, the Season Launch will be the first social function for the club in about 17 months and is the official launch for our five senior teams ahead of the new season.

The 2021 captains and leadership group will be announced, plus hear from the coaches and senior president as we prepare for the return of footy. We welcome all players, partners and members along for what will be a great day.

Tickets are $15 which includes entry and finger food, with drinks available at bar prices – buy online here. Players who’ve paid their 2021 subs and 2021 club members can gain free entry but must RSVP online here. Due to Covid restrictions and reduced capacity, everyone wishing to attend must pre-purchase tickets or RSVP prior to Sunday.