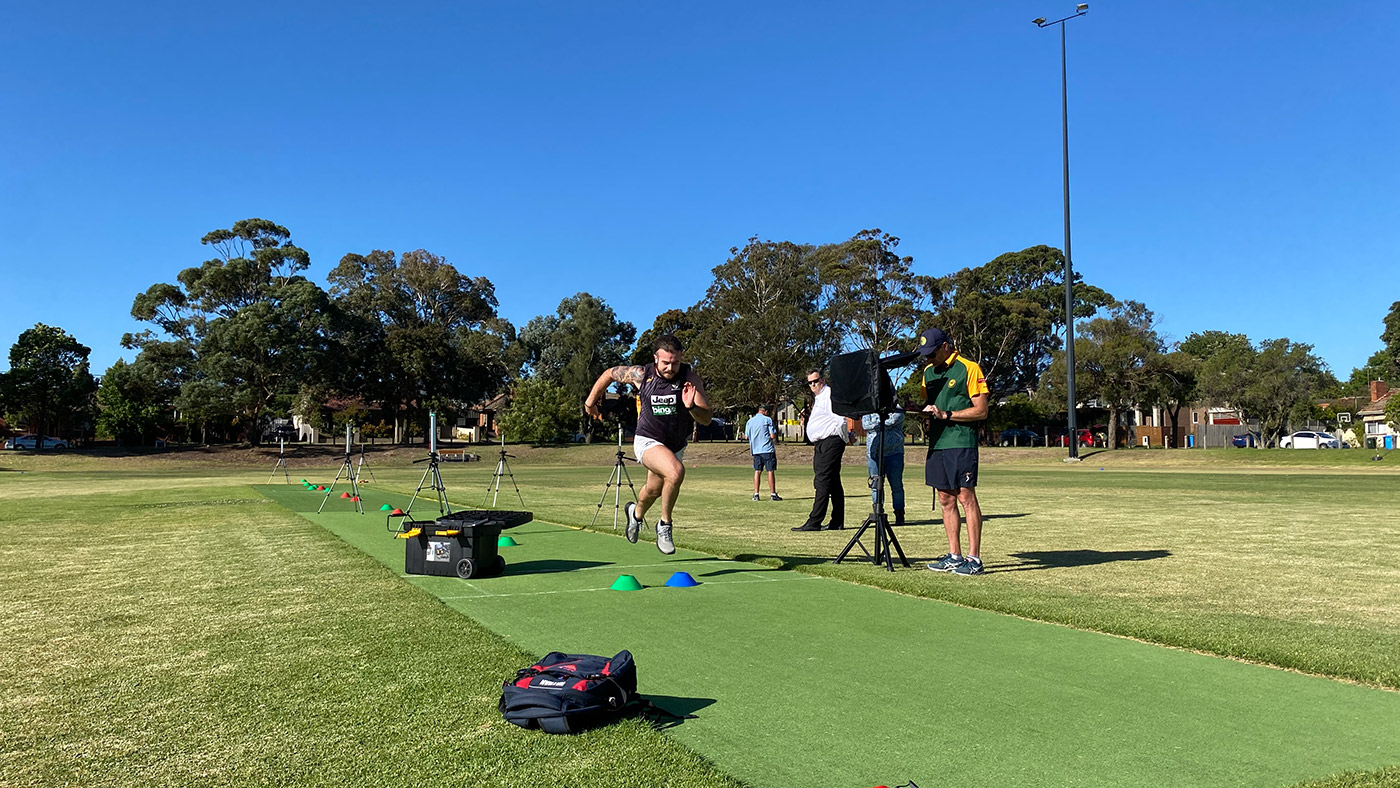 The first official session back was held Wednesday with player testing, while a players info night will be held on January 27 at the club.

The players info session will commence at 6:15pm at Boss James Reserve on Wednesday evening and all existing and new players from all senior men’s and women’s teams, under 19’s and under 17’s are encouraged to get along.

Players will hear from the 2021 coaching staff ahead of the re-commencement of pre-season training, the pre-season camp and info about the upcoming season. The bar will also be open to enjoy a drink while catching up with players and officials.

The first pre-season session will be held on Monday 1st February from 6pm, continuing each Monday and Thursday, at Peterson Street Reserve on Highett Road. The Pre-Season Camp will be held in Torquay on February 13-14. Further pre-season details can be found here.

The player testing session held last Wednesday by the club’s strength and conditioning coach Nathan Bonney tested various attributes of the playing group to give them base figures ahead of the new season and compare to last year, providing valuable data as the club aims for a successful 2021 campaign.

Player registrations and transfers for all senior teams will open in the coming days – stay tuned for details.