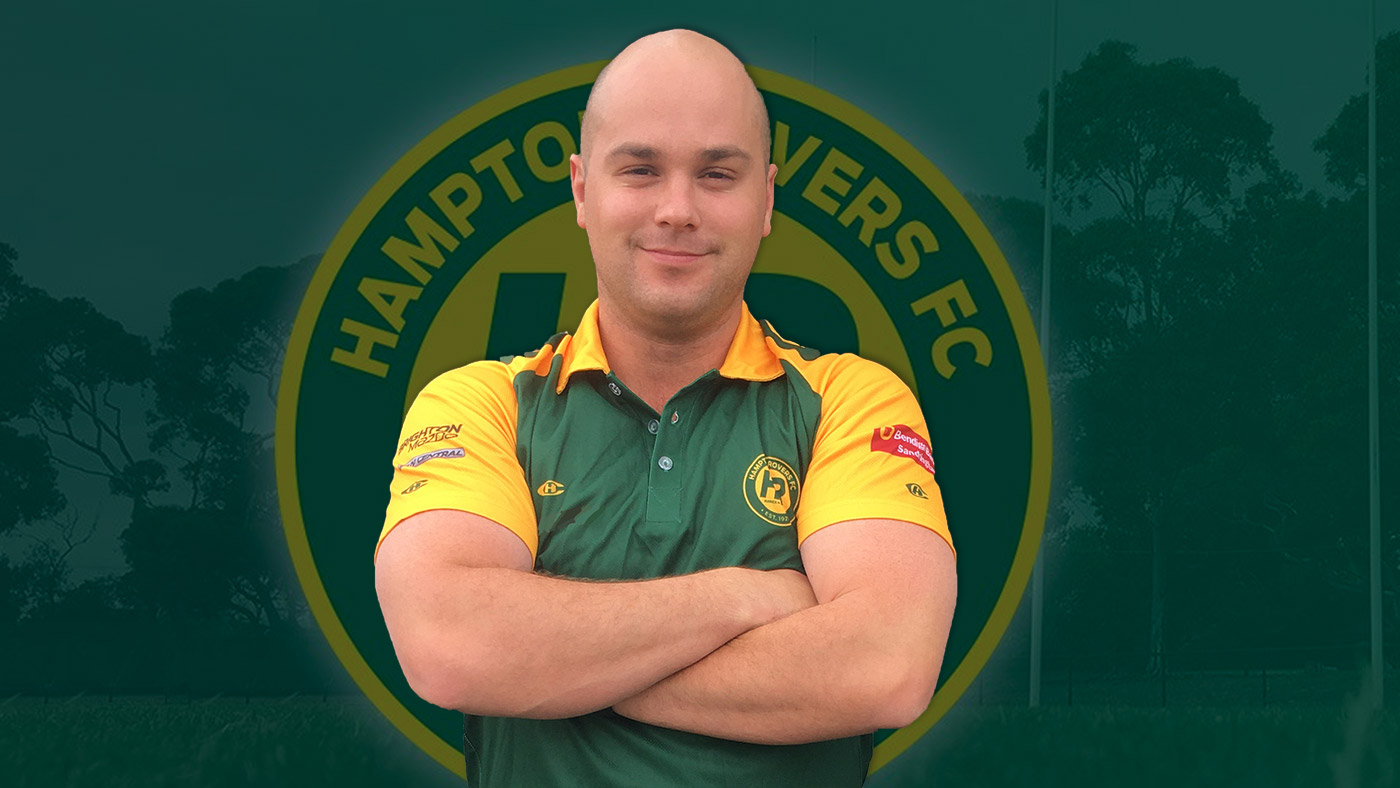 The Hampton Rovers are delighted to announce the appointment of Zac Pirrie as new Under 19 coach for the 2021 VAFA season.

Zac has a had a long association with the club and is an ideal man for the role, coaching a talented team who’s last game of football was the 2019 Premiership, following a memorable big win over Old McKinnon/Glen Eira.

First playing junior footy at the Rovers in 2006, Zac was part of the U16 Grand Final team the following year and after a stint at his school club, Old Xaverians, where he played in the U19 premier division side and reserves, he returned to the Rovers where he played senior football in the green & gold.

Unfortunately, injuries including major reconstructions on his shoulder and knee cut Zac’s playing career short, but his involvement continued at the Rovers, evolving to assist former-U19 coach Sam Care when able to and also stepping in to help out the women’s team when coaches were unavailable.

More recently, Zac was a co-coach for the Under 23’s side at the Old Brighton Grammarians Football Club and is now excited to take the next step and coach the Hampton Rovers Under 19’s in 2021.

“I’m honoured and excited to be given the opportunity to coach the Hampton Rovers Under 19’s for season 2020. The Rovers have been my home since junior football, and I’m looking forward to coming on board for the journey and helping develop the young talent.”

Zac will work with the senior coaching group to help develop Rovers U19’s players into senior footballers for the club.

Following a year of no football due to Coronavirus, the VAFA recently announced an extension of its U19 over-age policy, allowing an unlimited number of over-age players (born between 1/01/2001 and 30/06/2001) to play Under 19 football in the VAFA in 2021.

It was pleasing to see healthy numbers of U19 players at pre-season training which wrapped up recently, and training ahead of the 2021 season will re-commence in late January. As always, the club welcomes all new and existing players to get on board for what promises to be an exciting year.