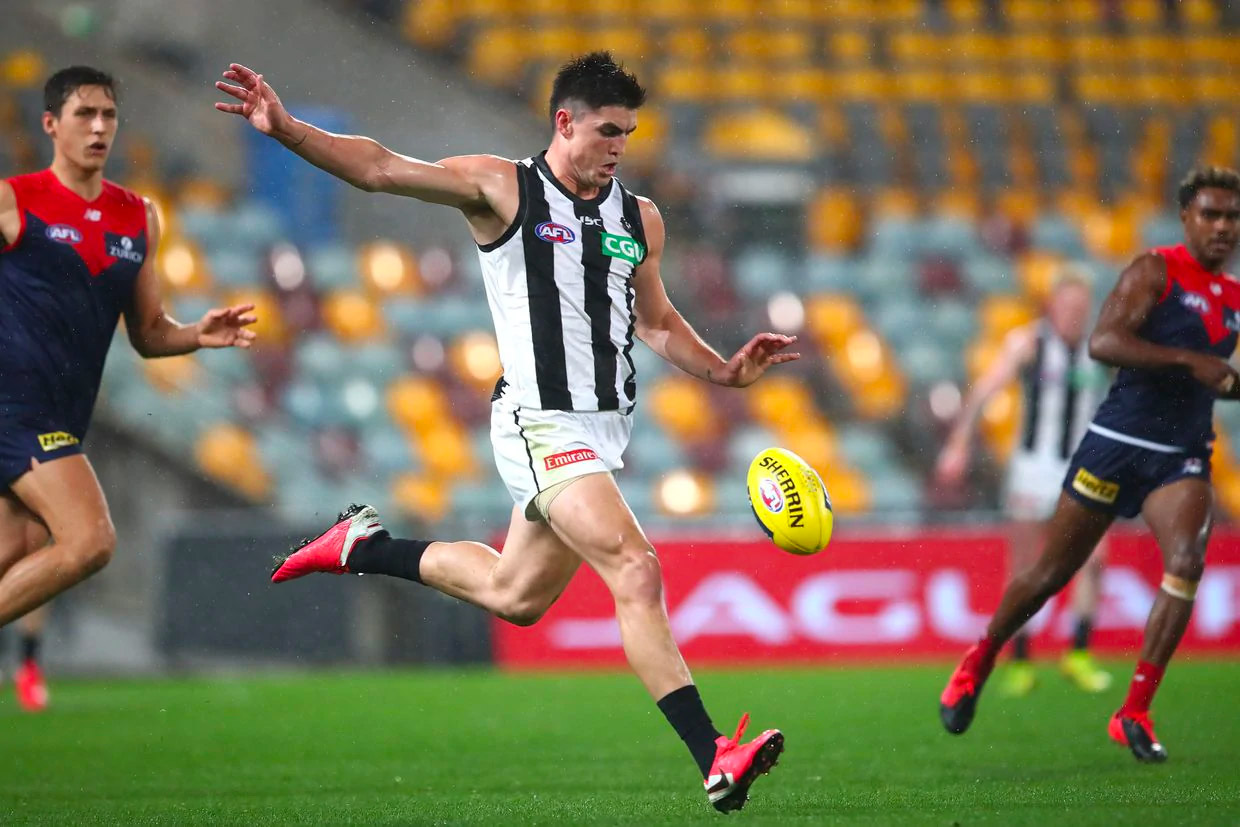 With no local footy this year, the only way to see any Rovers footy in 2020 is by watching our past players strutting their stuff at AFL level.

With ten players who played their footy growing up at the Hampton Rovers Football Club currently on AFL lists, there’s no shortage of talent to keep an eye on, and a few are in career-best form.

Below is a summary of our AFL players and how they’ve faired as at the conclusion of round 12, sorted by their Champion Data ranking points. In order, the columns are: position, matches played, ratings points, Fantasy points, time on ground %, disposals, kicks, handballs, marks, goals, tackles.


Now in his sixth season, Brayden Maynard is having his best year yet, considered by many in the backline for the 2020 All Australian team. He leads the disposal count of Rovers players, with 234, and has been a vital cog in the Collingwood line-up.

Andrew Brayshaw worked hard over the offseason, getting fitter and stronger, and it has paid-off with a solid season for the Fremantle Dockers to this point. His brother Angus has continued his good form for Melbourne, as has Christian Salem, with the Dees playing some good footy at the moment, currently eighth on the ladder.

First-year player Miles Bergman has been close to selection, named as an emergency for the leader-leaders Port Adelaide, but hasn’t quite had an opportunity to make his AFL debut yet.

Also at Port, Karl Amon is undoubtably having his best season with the club. It is a significant week for Karl as the AFL celebrates the Sir Doug Nicholls Round and he spoke to the media yesterday, on what was his 25th birthday.

Will Walker made his long-awaited comeback from injury earlier this month for North Melbourne, playing his first AFL game since round 22 of the 2018 season. The former Rovers player and 2019 U19 premiership assistant coach was starting to hit some form but unfortunately did a hamstring in his second game back last Saturday.

See the 2020 AFL Fixture here and keep a look out for our crop of AFL players on the big stage. You view a list of current and former Hampton Rovers AFL players here, including player profiles of each.