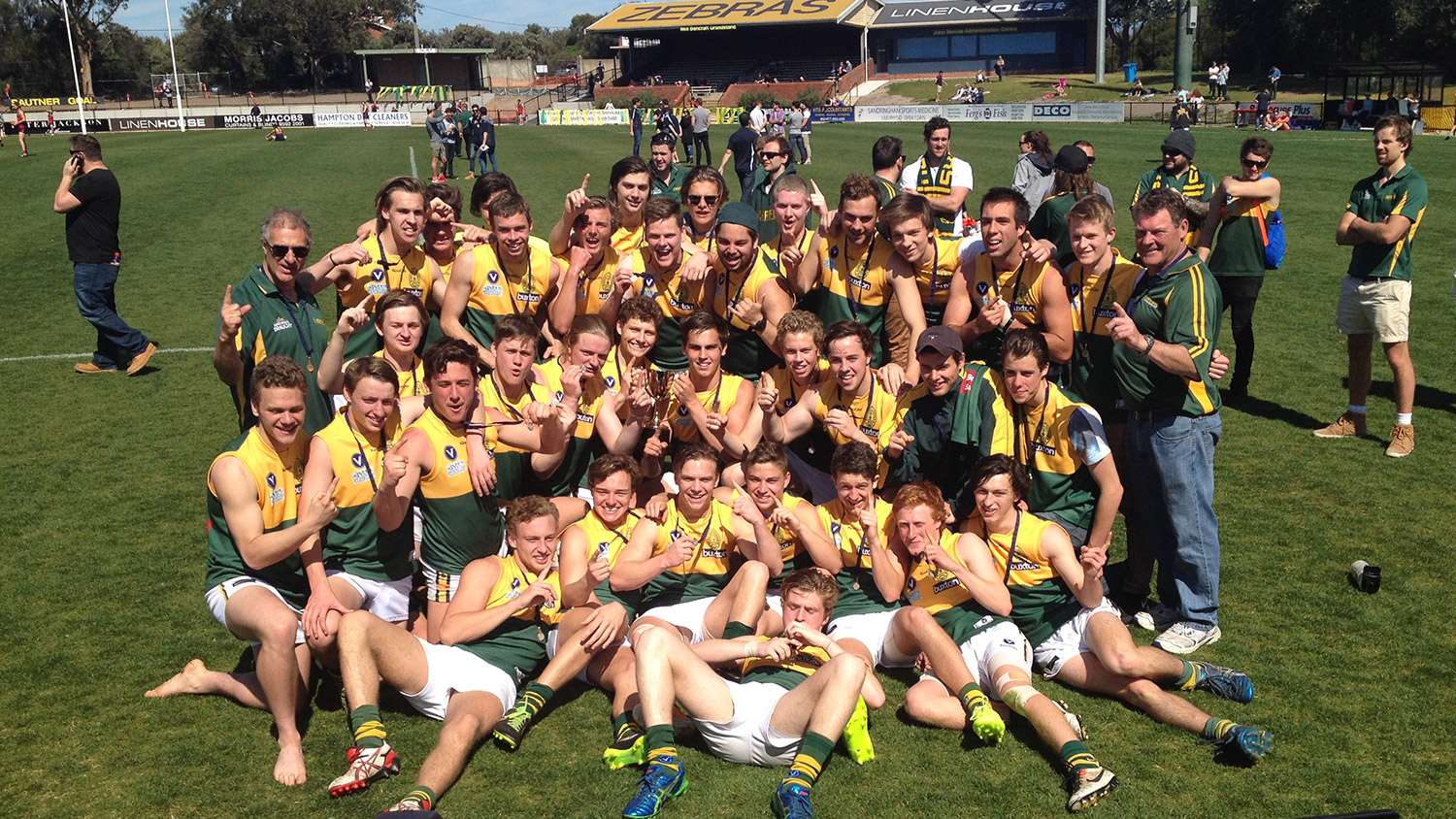 Hampton Rovers will live stream the replay of the 2014 VAFA U19 South Grand Final v Ormond on Tuesday night on Rovers Facebook.

The young Rovers had a remarkable season back in 2014 – sitting near the bottom of the ladder with just three wins at the half-way point, the boys won their next 12 games straight to win the flag, in what was a great day for the club with the Seniors defeating Parkdale in the Premier C decider.

Tune in from 7pm Tuesday night on our Facebook Page and get involved in the Live Chat.

We have more classic matches from the Rovers archive to broadcast over the coming Tuesday evenings, including the 2001 C Grade Grand Final against Old Essendon and the 1995 Grand Final, which we celebrate the 25th anniversary of this year, is coming soon. Let us know what matches you want to know by sending us a tweet.