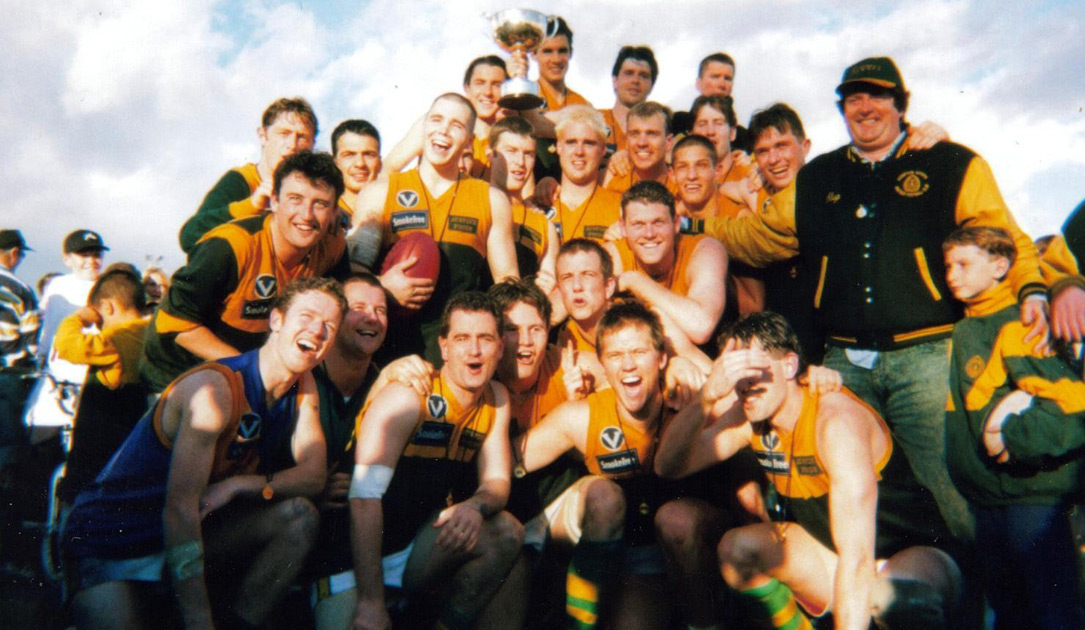 It was undoubtedly one of the club’s most famous victories, going into the season-decider against the minor-premiers as rank outsiders, but claiming a six-point victory over the Sharks at a soggy Elsternwick Park. defeating the local rivals Beaumaris Sharks.

Tune in from 7pm Tuesday night on our Facebook Page and get involved in the Live Chat.

We have plenty more classic matches from the Rovers archive to broadcast over the coming Tuesday evenings. Next week it’s the 2001 C Grade Grand Final against Old Essendon, and the 1995 Grand Final, which we celebrate the 25th anniversary of this year, is coming soon. Let us know what matches you want to know by sending us a tweet.