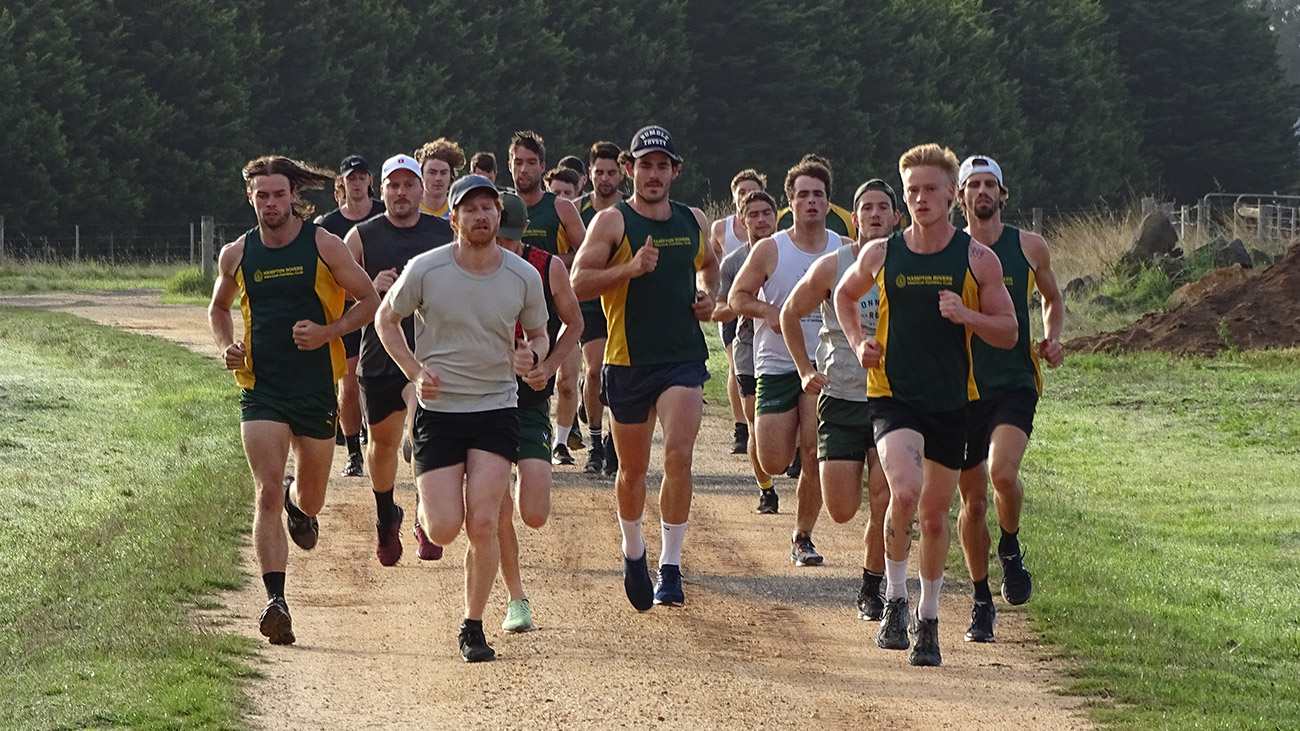 The 2020 VAFA season is now less than a month away, and the Rovers are well-placed for a competitive season following a strong pre-season campaign to-date.

The great attitude driven by the whole playing group is clearly a step up on last year and the players returned with enthusiasm and a commitment to be better in 2020, while a number of new and returning faces to the club has also added to the excitement and positivity.

The addition of Nathan Bonney as head of strength and conditioning has had a huge impact on the playing group. He has been received well and the extra level of professionalism on the fitness-front is sure to pay dividends come the season-proper.

Players are tracked, given individual plans relating to their loads and have been exposed to some elite training principles. This level of personalised fitness training hasn’t been seen at the club before and it can only lead to better things moving forward.

The club has seen the return of some key players which coach Anthony Quon feels will boost the playing stocks:

It has also been pleasing to see a large number of Under 19s coming off their premiership step into the Senior group, plus a host of new faces from other clubs.

Numbers have been strong across the pre-season campaign, peaking at 72 on the track a couple of sessions ago.

The club ran a successful and intense pre-season camp in Torquay last weekend, where the players and couching group were able to bond and train hard. The spirit was fantastic, and everyone walked away with a sense of excitement for what lays ahead.

“There’s a strong belief within the group and we aren’t putting any limitations on what we can achieve in 2020, but we feel that we are prepared and if we can have some luck along the way, we will be very competitive” said senior coach Anthony Quon.

The Rovers first practice match will be on Sunday 22 March against SFNL-side St Kilda City at Barry Powell Reserve, Noble Park, followed by Parkdale Vultures the following Saturday at Gerry Green Reserve. Unfortunately, the first practice hit-out scheduled for next Sunday against Prahran/Assumption has been cancelled after the ground was made unavailable due to cricket finals. The players will instead play an intra-club scratch match on the Monday evening.

The club will again field five teams in the VAFA in 2020 and numbers are looking strong across the board. New ressies coach Sam Clements has started well, as has the new senior women’s coach Corey Randall. Sam Care continues as U19 coach and Andrew McGregor as coach of the Thirds.

The 2020 Season Launch will be held on the evening of Saturday 28 March at Hotel Brighton following the final practice match. All players and supporters are welcome and tickets are now on-sale via the Rovers Shop. Entry is free for all paid-up 2020 club members and 2020 players who’ve paid their subs. We look forward to seeing as many people as possible there!

The 2020 season commences on Saturday 4 April with the Rovers hosting Old Ivanhoe at Boss James Reserve. Purchase your 2020 Club Membership today and we’re looking to get a full-house at the opening home game luncheon of the year.