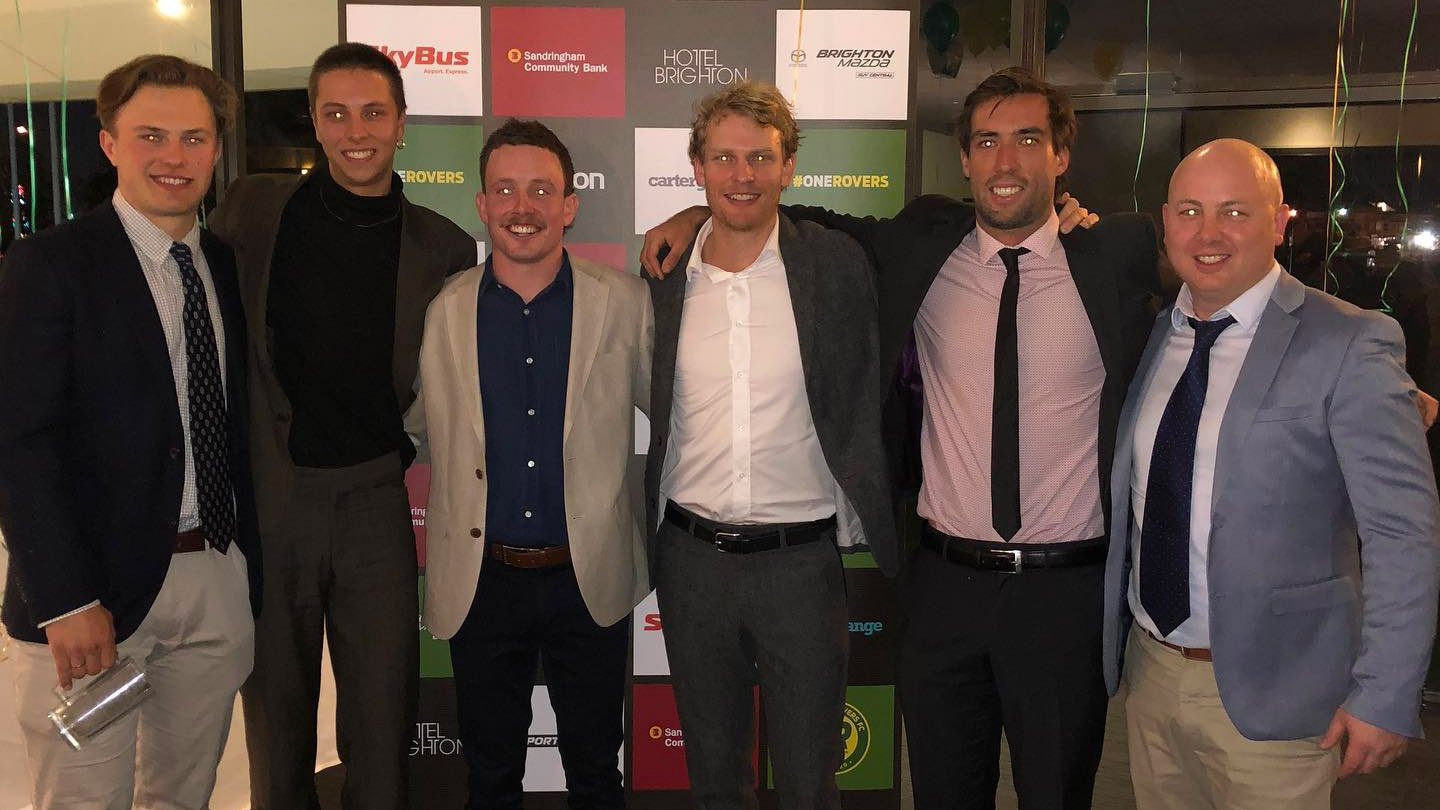 James Prosser has taken out the 2019 Bob Cave Medal, winning the senior best & fairest award ahead of Daniel Corp and Josh Broadley.

The Hampton Rovers Presentation Night was held on last Friday at Sandy by the Bay with another good attendance, as the curtain came down on the 2019 season.

It’s the first senior best & fairest award for Prosser and it follows a great season for him at the Rovers this year. He finished on 120 votes, with Corp second on 94 and Broadley third with 87.

Ben Kneebush and Ryan Fogarty were the other senior award winners.

The best clubman award was shared between Jamie Stanfield and Dean Lovig – two people that have once again worked tirelessly throughout the year.