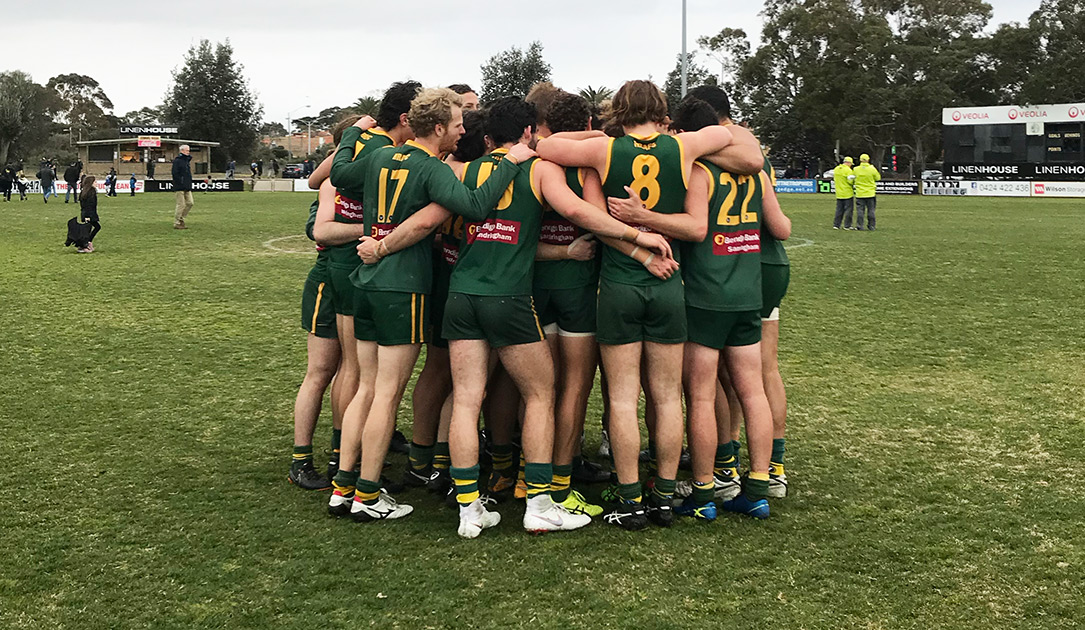 Hampton Rovers host Old Mentonians at Boss James Reserve on Saturday in the final round of the 2019 season and there’s plenty at stake. Meanwhile, the U19s will be playing for a spot in the Grand Final.

It’s also our final home game lunch of the year and our annual Ladies Luncheon. Tickets are once again sold-out and we’ll have 120+ packing the Wright-Scarlett Pavilion for what is always a big day. The bar is open from midday so get along and join in the festivities.

The second half of the campaign hasn’t been ideal for the Seniors, with wins few and far between. While a victory over second-last Old Camberwell a few weeks back seemed to ensure the club was clear of the relegation zone, against the odds the ‘Wellers have won their past two, with the Rovers have lost two consecutive games. Going into the last game, the Rovers have a two-point advantage.

Here’s the scenario: Rovers win and Premier C is locked in for 2020. Rovers lose and OC lose, Rovers are safe. Rovers lose and OC win, Rovers are relegated. Rovers draw and OC win, Rovers should be safe given 7% separates the two teams. Old Camberwell take on Mazenod away at Central Reserve and Rovers supporters will be keeping a close eye on the live scores! Live updates also on Rovers Twitter.

Having said that, the Rovers are still in control of their own destiny and a win against our local rivals will take the other scenarios out of the equation. When the two teams met back in the opening round of the season, the Panthers snuck in by 13 points on their home deck. After flying high in the first half of the season, their form has dipped and are now out of finals contention. The Rovers have been playing better footy in the last couple of weeks and went down to third-placed Ajax by eight points on the weekend.

Make sure you get along to Boss James Reserve on Saturday and show your support for the club. The main game kicks-off at 2:00pm.

The Reserves sit third on the ladder and need a win against the winless Old Mentonians to lock in finals action which kick-off next weekend! The Rovers will be looking to take momentum into the finals series – match commences at 11:40am.

It’s a big day for the Under 19s – after a dominant win over third-placed Marcellin last week to secure a top-two finish, the boys take on Glen Eira in the second Semi Final at Packer Park at 11:40am. The winner goes straight through to the Grand Final in two weeks’ time. It’s set to be a huge clash, so get along and support the boys in their quest for a flag!

Get down to the club Thursday Night for Senior Selection Night ahead of the final senior home game of the season. Hear the three teams including the line-up for the U19s Semi Final. Bar open from 6pm and dinner at 7:30pm.