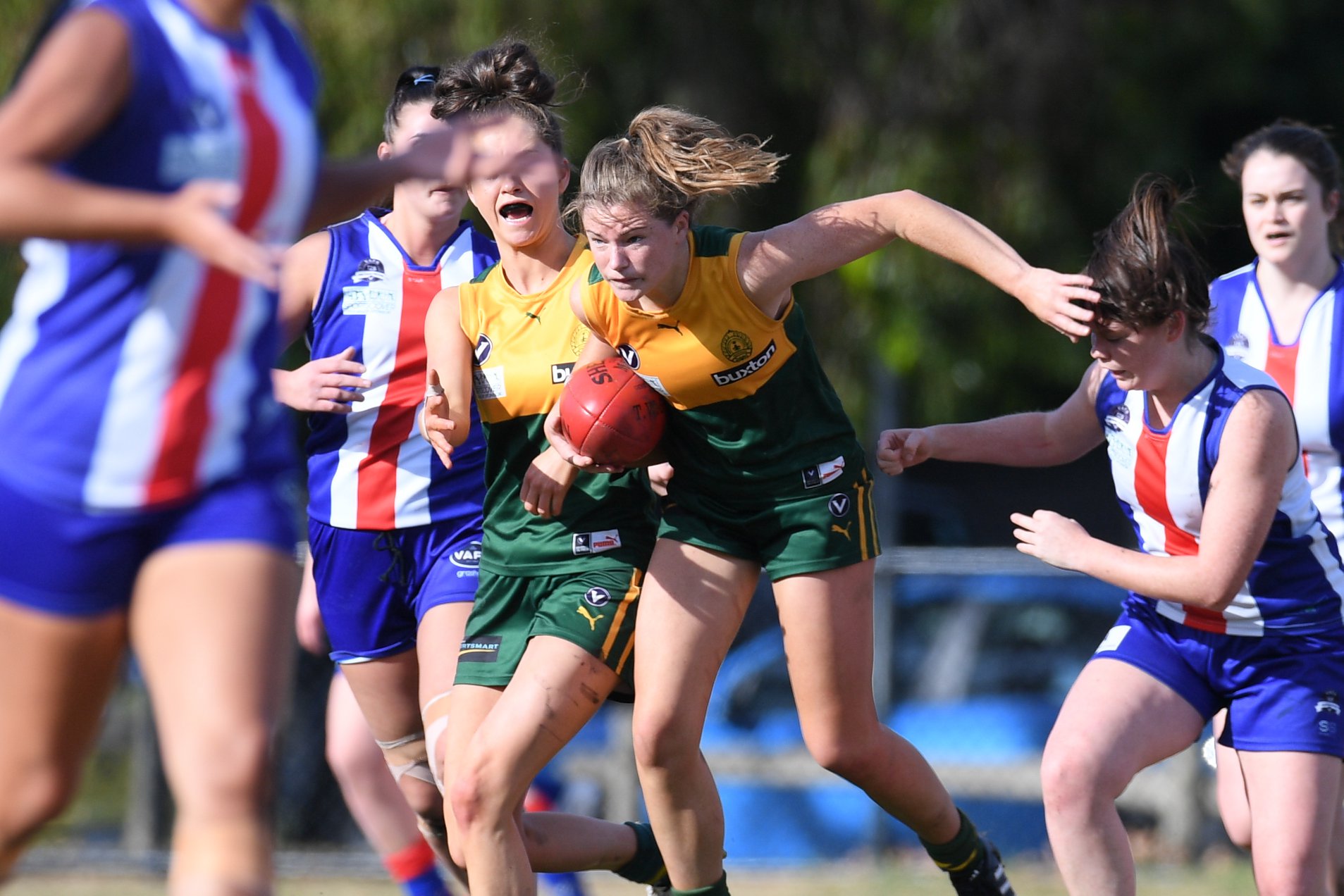 The Hampton Rovers Senior Women’s team take on Preston Bullants in the Grand Final at Keysborough on Sunday, while on Saturday the Seniors face arch-rivals Ormond away.

The Rovers Women’s team will be aiming to make club history by becoming the first senior women’s team to win a premiership. A stellar season by the girls has seen them win 10 of 14 games and finish with a percentage of 233. Now after rolling minor-premiers UHS-VU by 15 points in the Preliminary Final last Sunday and defeating the Bullants on their home turf during the season, confidence in the group is high.

The match will be played on the same ground as the Preliminary Final – Oval 3 at the Mentone Grammar Playing Fields, Springvale Road in Keysborough. Enter the venue and head to the left. The match kicks-off at 1:15pm, however ensure you’re there early to see the girls run onto the ground. Last week there were delays entering the venue and finding carparks. Entry is $12 for adults and $7 for concession, or you can pre-purchase tickets online to save $2 per ticket – purchase here. After the match, end of season drinks will be held at Hotel Brighton. We encourage all supporters to get along and show your support!

On Saturday, the Seniors take on arch-rivals Ormond at EE Gunn Reserve. It’s a re-match of last year’s Grand Final and Ormond is up and about in second position on the ladder but coming off a 104-point defeat to ladder-leaders Williamstown, while the Rovers defeated Old Camberwell to secure Premier C action for 2020. As is always the case when the two clubs meet, the Buxton Cup will be up for grabs for the winning team, as will the Barnes Family Medal to the best player on ground.

It’s a crucial match for the Reserves who need to continue winning to remain in finals contention. The Rovers are equal with fourth-placed Ormond on 36 points. The match kicks-off at 11:40am, followed by the Seniors at 2:00pm.

To coincide with Jane’s Match also on Saturday, both clubs will be raising funds for Maddie’s Vision. You can purchase a Beanie for $20 – there is a limited quantity remaining for sale on the Rovers Online Shop and these can be collected or purchased Thursday evening at the club. BUY NOW. The Luncheon at Ormond, which will again have a healthy contingent of Rovers supporters, will also be raising funds.

Also on Saturday, the Under 19s take on Old Geelong at Boss James Reserve at 11:40am in their second-last game of the home & away season. The Rovers currently sit second on the ladder and will be keen to keep winning to secure a top-two finish. Following this match the annual Battle of the Boots game will be held at the Boss.

The Thirds are at Castlefield Reserve at 12:30pm, against fourth-placed UHS-VU, in the final game of their season, and will be looking to finish with another win.

We invite all supporters to the club Thursday evening for Senior Selection Night which includes team selection for the Senior Women’s Grand Final – bar open from 6pm with dinner at 7:30pm. Then after the match Sunday, get along to Hotel Brighton.

Beanie’s will be available for collection from the club on Saturday 10th August & Thursday 15th August.