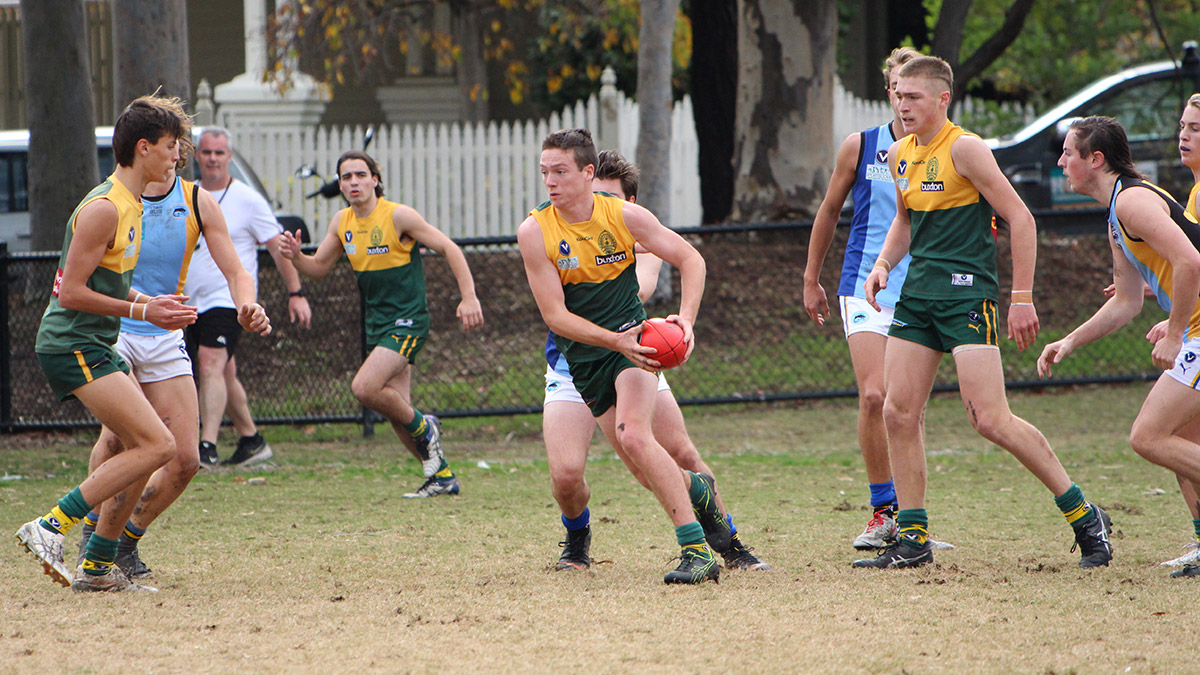 Saturday the 1st of June saw the beginning of Winter, along with another home game for the Under 19 Rovers, this time Castlefield Reserve was to be the stage for our game against bottom of the table dwellers, Old Mentonians.

In our previous meeting, the Rovers boys were able to clinch a healthy 40 point victory in the away fixture and the boys were confident that on our own deck, they could send a message to the comp with an emphatic win.

The Rovers were a little inaccurate early and conceded the first goal of the game with Old Mentone slotting one against the wind. Following that goal however the Rovers took a hold of the game with Max Coughlin getting us underway with a set shot and Tom Marron drilling two goals on the run. Great goals from Dillon Melnjak, Cam Morris and Will Bowden, lead to the Rovers having a 32-point lead at the quarter time break.

After a promising start the Rovers boys were determined not to be slowed and with the aid of a great performance from our back-men including Max Van Der Straaten and Cooper Watson, pressure and counter attacking footballing helped us to add to the scoreboard in quick succession with goals from Will Bowden, Cam Morris, Lachie Carrigan Duncan McKenzie, Rakia Schwartz and Dillon Melnjak.  Resulting in a huge margin of 72 points at the main break.

With such a strong performance being shown on the field coach Sammy Care was pleased that there wasn’t much to rectify in the rooms because for the first time this year we were looking as if a full 4 quarter performance was on the cards.

Similar to the first half, the second followed suit with the Rovers taking advantage of the wind booting 8 goals in a scoring frenzy. With Cam Morris and Duncan McKenzie booting 2 along with, Tom Marron booting one from well inside the centre square, Will Bowden, Oscar Donald and our Full Back turned forward Harry De Wolf all snagging 1 helped the margin blow out to a whopping 105 points with still another quarter to play.

With the game already decided, the goal turned to gaining as much percentage as possible to hopefully widen the gap on the ladder and claim back the top spot. As the clock ticked down slowly so did the intensity of the game where possession became a bigger focus aligned with good ball movement. Which saw Harry De Wolf, Tate Gramaconi and Lachie Carrigan jump on the scoresheet with 1 goal, however there was one player who turned on the afterburners taking 8 marks and kicking 3 goals for the quarter propelled the Rovers to a final and that was Max Coughlin.

When the siren sounded the final margin stood at an outstanding 26.15 (171) to 4.9 (33) – an emphatic win that is very handy going into a well-earned week off, that will provide confidence for our upcoming fixture against PEGS in 2 weeks’ time back on the Boss.