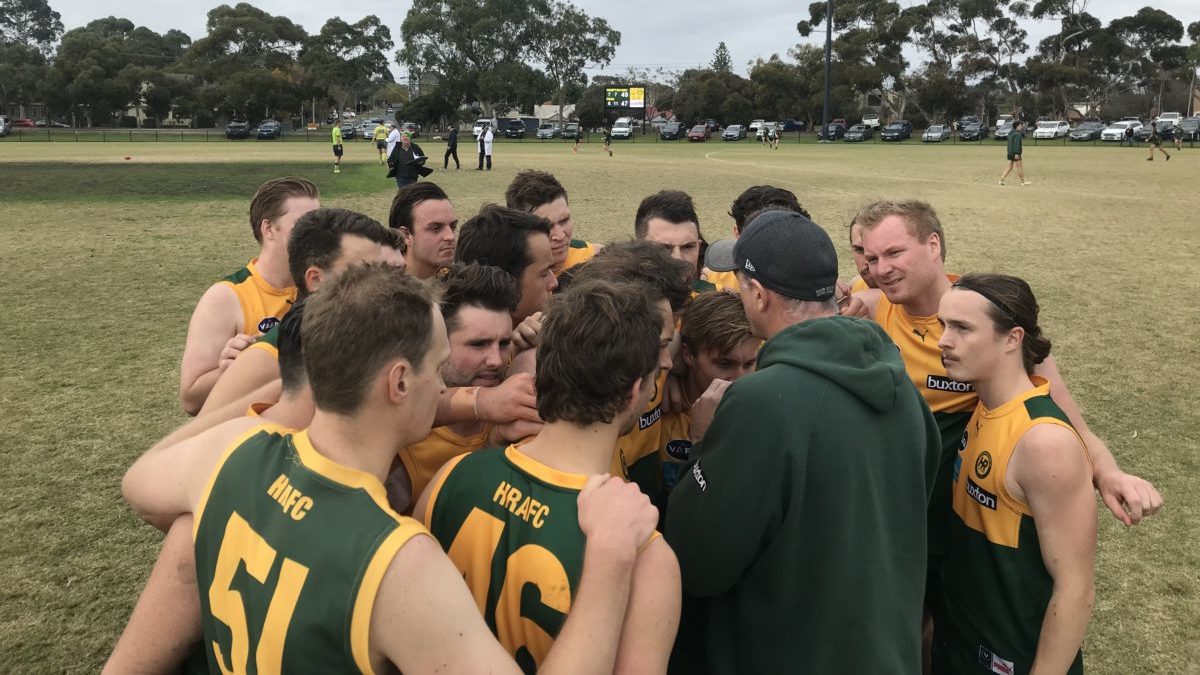 Confidence is a funny thing.  Last week the Ressies took on top side Ivanhoe and ran out winners.  The next week facing one of the bottom sides PEGS, the boys had to fight all day, firstly to stay in the game and in the final quarter to earn a hard-fought win.

The first quarter was an arm wrestle.  We couldn’t break clear of the determined PEGS boys who appeared to be playing far better than their ladder position indicated.  Jack Garrow was on fire and with Josh Pav taking a couple of marks at full forward (yes, full forward!) we were on top but not getting the job done – in fact, the opposition had more scoring shots than us!

The second was a repeat of the first.  The backs were under pressure and Doug Ballard and Rory Lynch were solid and giving drive out of defence which was not being taken advantage of in the forward line.  Rory Lynch had to deal with a 6’10” bloke the opposition had resting at full forward.  The highlight of the first half was the coat hanger Matty Innes caught his opponent with while still managing the one-handed mark!

At the main break, coach Duddy was critical of our application and the lack of aggression at the ball and the opponent.  “Too many easy kicks and marks were being taking without pressure being applied by the Rovers” he boomed.  Needless to say, the boys didn’t respond.  PEGS kept battling on and sometimes just through willpower pushed the ball forward to score.  They kicked four in the third quarter while keeping us scoreless – one point in it and the pressure was on.

It was Tim Stewart who finally broke the game open.  A courageous mark running with the flight of the ball for a goal and we went 10 points up in what had been a tough slog.  The boys steadied, the two Jess’s around the ground were having more influence whether with intercept marks or cleaning up the loose ball and Jack Garrow kept running in a four-quarter performance.  In that final quarter the backs held firm to restrict the opposition to one scoring shot so that we, in the end, ran out lucky but comfortable 16-point winners.