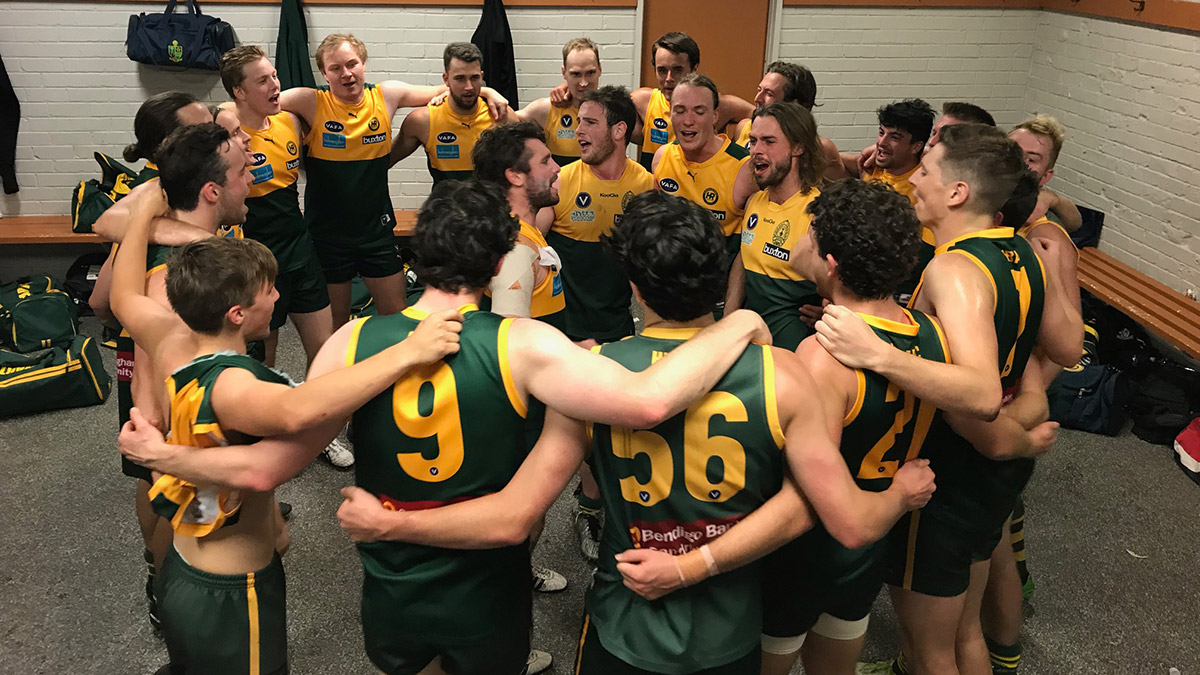 A percentage-boosting win by the Rovers Reserves over Ajax at Boss James Reserve on Saturday sees the boys equal-second on the ladder after six rounds.

From the first bounce, the Rovers looked to be on. Jesse Donald had the first clearance and a second possession soon after. The heat was on in the Rovers deep forward line for a few minutes until Harrison McIntyre broke the nexus with a fine tackle and was rewarded with a free which he converted.

Ajax then actually replied shortly after, but it was pretty much a scrambled goal. However, with a goal apiece, it looked like it might be a struggle for the day. Then, the Rovers took total control across the ground. McIntyre got his and the Rovers 2nd goal bursting through a tackle and then the flood gates opened. Zaina snapped a goal from the grandstand pocket. The midfield were dominant and giving the forwards plenty of chances. Ajax actually managed 3 more behinds but this was actually a negative for them. Each time the Rovers cleared these scoring shots with brilliant end to end footy to finish with goals! McIntyre ended the quarter with 4 goals for a brilliant start.

The next 3 quarters were pretty much a repeat. The Rovers kicked 6 goals in the 2nd, 9 in the 3rd and 7 in the last. The goal kickers were many including 2 goals to the skipper who had a rest in the forward line in the last quarter – or had he been resting in the back line for 3 quarters? Of course not, the backs were sensational all day. Ajax had plenty of forays forward but only added 1 more goal. From their 8 behinds, the ball was quickly whisked away time and again to end up in the Rovers forward line without an Ajax player touching it. Lynch as always taking timely marks, Jones kicking the ball clear intelligently to loose players, Robbo comprehensively beating his opponent, and Cullis providing niggle and dash.

While on the mids, Wilson was excellent in the ruck and around the ground, as was Jesse Lovig, taking some telling marks and Merlo providing run and dash across the wings. Zaina had his best game for the year, Culvenor had plenty of good touches. Lachie Cairns showed some good patches and promise of further improvement to come in his first match back after the broken leg in last year’s Grand Final.  Timmons was solid and the Duck just continued on as he started.

Up forward? After a slow first quarter Jacko dominated the air and took several telling marks and kicked a handful of goals.  Zaina couldn’t be contained and the poor Ajax backs were overwhelmed.

There were few unnecessary turnovers in this game, unlike games earlier in the season. In a couple of games, we had threatened to break open the game with team play but then a poor handball or miss-kick to the opposition brought turnovers that undid all the hard work. But in this game the teamwork was spot on. If the boys keep to this standard, beware the Rovers Reserves in 2019!