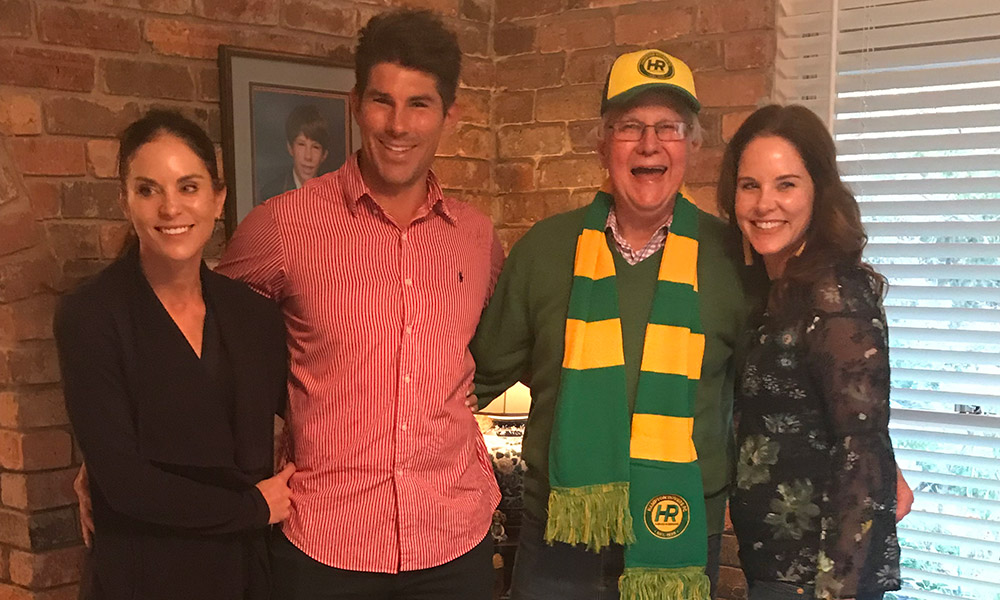 The club is saddened by the news Life Member Alan Mackenzie passed away on Saturday.

Alan had been battling health issues over the past two years, and it was an honour for the club to present him with Life Membership while he was still with us.

Having played 155 games, a past senior captain, two-time best & fairest and past committee member, his contribution to the club certainly warranted Life Membership and the delight on his face was evident when it was presented to him back in March.

The family today passed on a message to the club, saying how grateful they are for the Life Membership presentation at his house. “He was thrilled and so touched with all the efforts made to bring this honour into being.”

A service for Alan will be held on Monday 20th May 10am at Tobin Brothers, Esplanade, Mount Martha.

The club sends its condolences to Alan’s family.