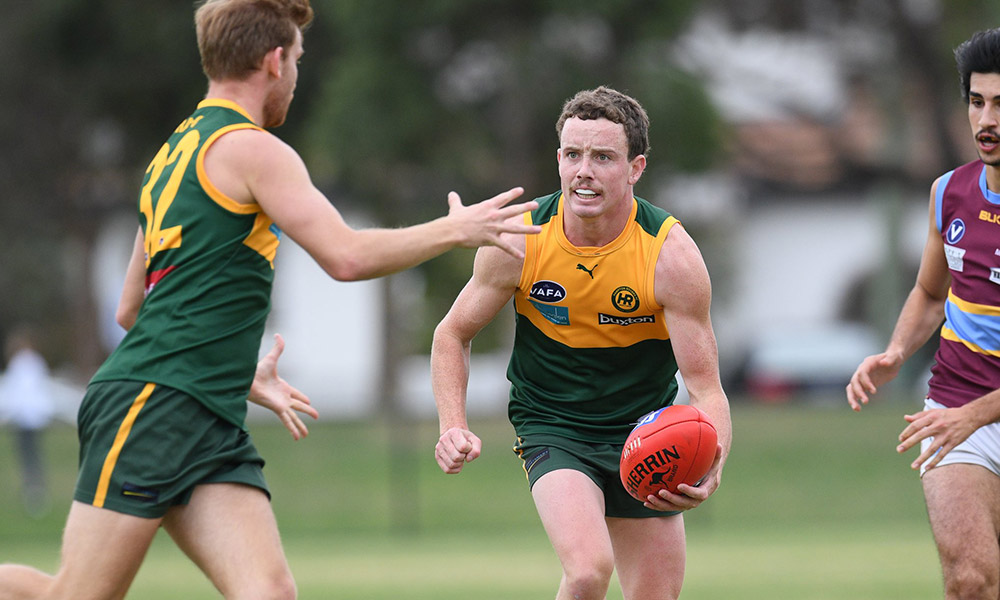 The Hampton Rovers Seniors and Reserves return to Boss James Reserve on Saturday, hosting seventh-placed Mazenod. It’s also the Mother’s Day Luncheon and it isn’t too late to book.

Both teams are 1-3, after the Rovers won their first game of the season last Saturday, over Old Camberwell away from home. The boys will be looking to make it consecutive victories and get their season back on track.

Two changes to the side, one forced with Oscar Roberts suspended by the VAFA tribunal for two weeks. Congratulations to Sam Seach who makes his Rovers senior debut on Saturday. A classy midfielder on the Oakleigh Chargers list, played two NAB League games this year and was named in the best v Tassie last weekend.

The Seniors commence at 2:00pm, with the Reserves at 11:40am. Get along and show your support! Live scores are also available via the Rovers website.

Commencing at 12 midday is our Mother’s Day Luncheon – as of Thursday evening we already had 75 people booked in, so if you would like to attend, please book your spot ASAP online or contact Gary Nash on 0407 313 054. Everyone in attendance will receive a complimentary gift and the club is supporting Beyond Blue on the details. Read more about the Luncheon here.

The Thirds get the action underway at 9:20am. After a disappointing loss last week with limited numbers, there are plenty of in’s this week and the boys will be keen to get back on the winners list when they face Glen Eira.

The undefeated Under 19’s take on third-placed South Melbourne Districts at 11:40am. The boys have started the season in fine form and will be looking for another strong performance.

The Senior Women are the only away team this week, taking on Prahran Assumption at Basil Reserve – Basil St, Malvern East. They’ll be going for their third win of the campaign, against the bottom side in division three.

Everyone invited back to the Boss after the Seniors where the bar will be open and match presentations at 5:30pm. Following that, is the second senior function of the year, with Ladies Night starting at 7pm.