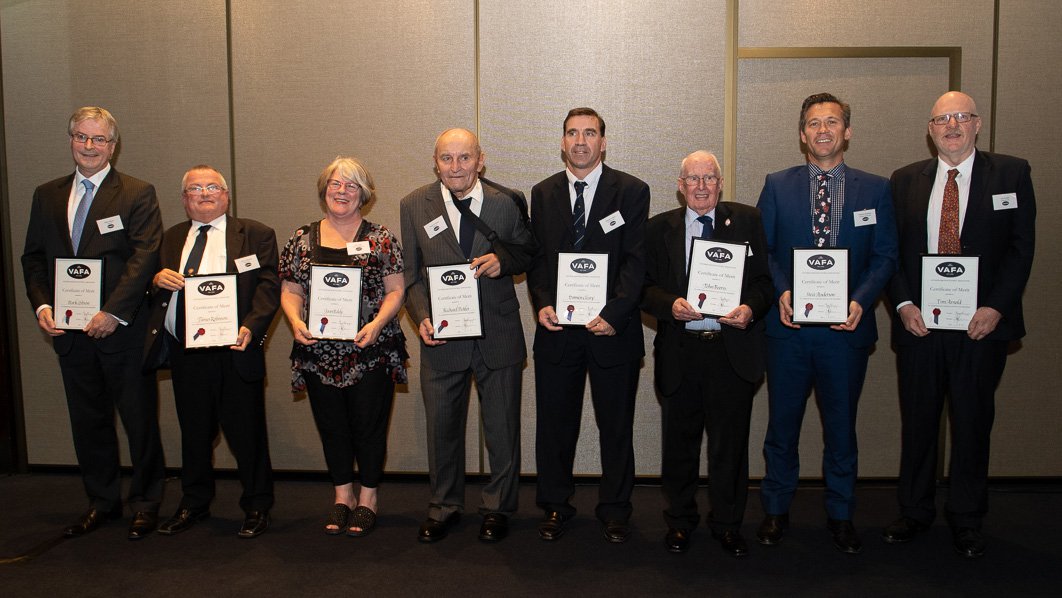 At Monday’s VAFA Season Launch held at the MCG, Steve Anderson was one of eight people to receive a VAFA Certificate of Merit.

The Anderson name is synonymous with the Hampton Rovers Football Club, and one of the most recent examples is Steve Anderson. Steve joined the club as a junior in 1982 and has since played 475 games for the green and gold, including 329 senior matches.

As a junior he assisted the committee by marking the ground, operating the scoreboard and cleaning the clubrooms before acting as a reserve goal umpire, timekeeper, boundary umpire, coach and team manager for the juniors.

He’s been named Best Junior Club Person, served as senior club President, been awarded Life Membership of the Hampton Rovers and is currently Chairman of the Board.

Congratulations to club steward Stephen Anderson who received a VAFA Certificate of Merit at tonight’s 2019 Season Launch. Recognition for such an outstanding contribution to the Hampton Rovers Football Club over many years. pic.twitter.com/BM3zwmMB9W