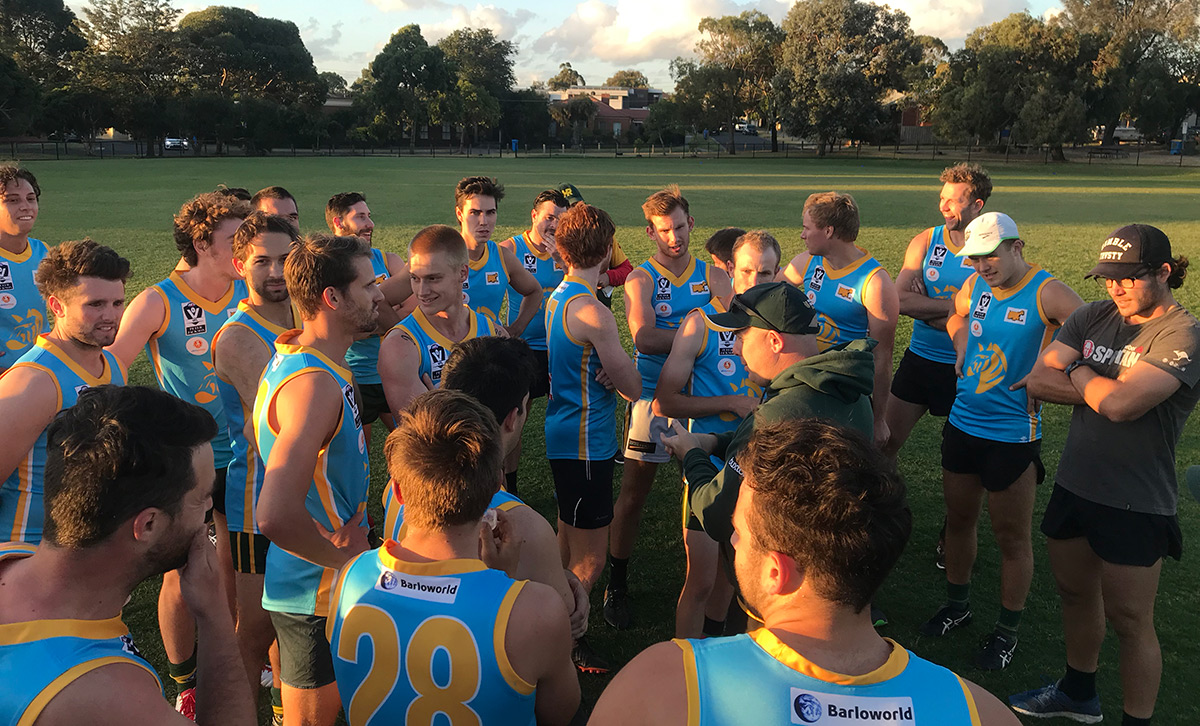 The pre-season campaign steps up a notch with the first practice game upon us, with the Rovers taking on St Kilda City at Keysborough this Sunday.

The Rovers had their first taste of competitiveness last week, with a mid-week scratch match against local club Hampton Hammers at Peterson Reserve on Wednesday evening. It was a good hit-out for the boys, with the Rovers running out 40-point winners, claiming a 67-27 victory in the three 15-minute terms against the division 2 side.

This Sunday March 17, the Seniors and a combined Reserves/U19s team will be in action against the division 1 SFNL St Kilda City. The Ressies start at 12:30pm with the Seniors game at 2:30pm at Tatterson Park (Oval 1).

Entry is via Lake Edge Dr, Keysborough (Springers Leisure Centre). Enter and drive straight ahead towards Oval 1. View map. Please note there is a festival at the venue on the same day so it will be busy, but limited parking is available next to Oval 1. We encourage supporters to get along and see the Rovers in action.

The following weekend on Saturday March 23, the Rovers make the trip to Kilmore to face Prahran Assumption Football Club. Match details TBC. A bus is being organised to transport players and officials to the game.

The Senior Women’s team will be in action on Sunday 24th, against Oakleigh Krushers at Tatterson Park commencing at 10:30am.

The Seniors will then play a final scratch match with another clash against Hampton Hammers on Wednesday 27th March to round out preparations for the season-proper.

Coach Anthony Quon has been happy with the pre-season campaign to-date, reporting a positive attitude around the club as we embark on the 2019 season following promotion to VAFA Premier C.

The 2019 VAFA season commences on April 6 with the Rovers up against Old Mentonians at Keysborough, followed by the first home game of the season and a big Grand Final replay against Ormond on April 13 at Boss James Reserve.

Show your support for the club in its 90th year by purchasing a 2019 Club Membership. Now on-sale at the Rovers Online Shop – view details >

The 2019 Season Launch will be held on Sunday March 31 at Hotel Brighton. All players and supporters are welcome to attend. Free for club members and players who’ve paid subs/sponsorship – otherwise entry is $15.